I was lucky enough to be chosen to review the two new F-104 sheets from Victory Models, and I have to say I am VERY thankful for that. These new sheets were designed to fit the Italeri 1/32 F-104 but should also fit Hasegawa, Revell, and AFV Club's announced F-104 model as well.

These two new sheets are beautiful! The research and artwork are detailed to a standard that would be impressive in any scale but really shines in 32nd scale. The printing is top notch and done by Cartograf with extremely crisp details and very thin and minimal carrier film. The colors on the various multi-color decals are thin and opaque, very well saturated and defined.

The subjects of the decal sheets are interesting and present a wide variety of the F-104's markings throughout its USAF and NASA Career, there is a even a US Navy version from China Lake Weapons Test squadron! If you are looking for a decal set or two to liven up your Hasegawa or Italeri F-104, either of these sheets could dramatically improve your models outward appearance. Highly recommended! 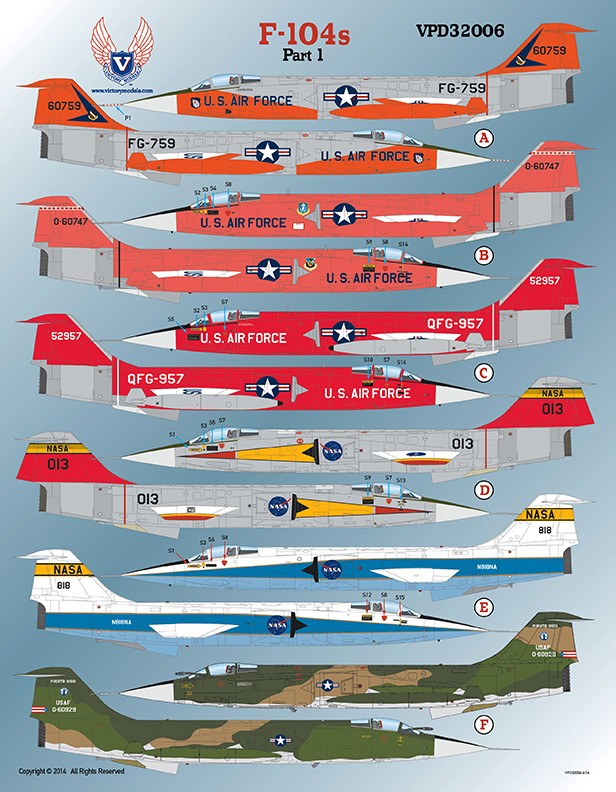 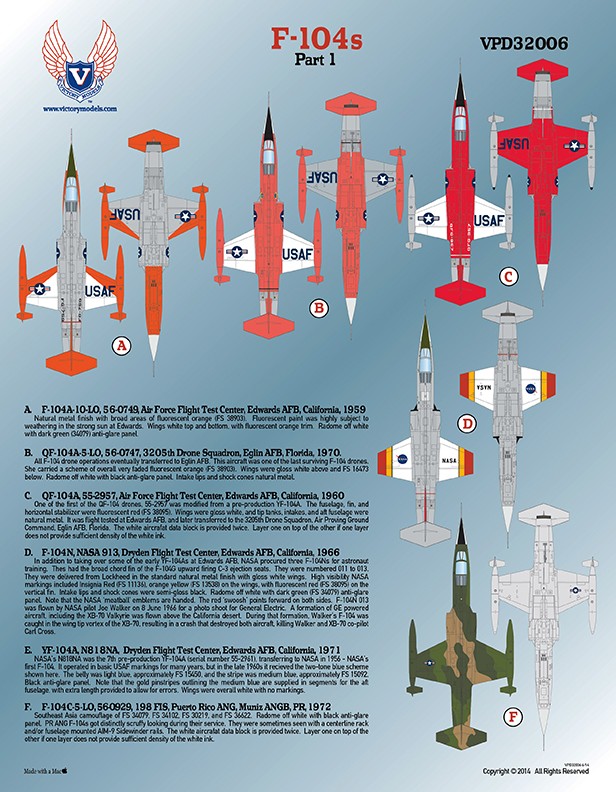 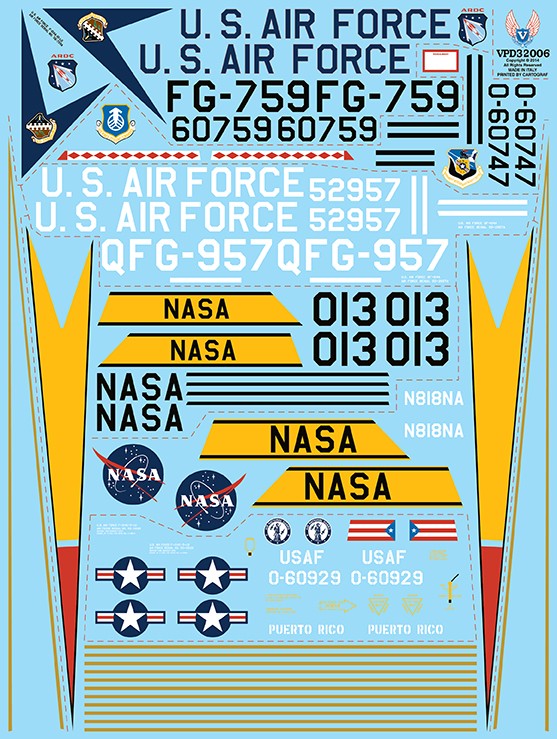 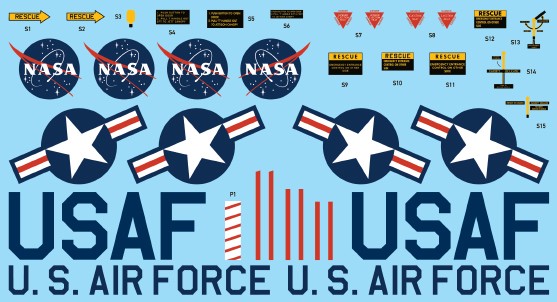 Thank you to Bob at Victory Models for the review sample!