Hot off the press for the superb new 1:32 I.A.R. 81C kit by FRROM, we've received an example of a new set of seat straps from RB Productions. Those that have already treated themselves to the FFROM kit will know of Radu Brinzan's involvement in the project - so it's not surprising to see a range of accessories being released by Radu's RB Productions brand for this kit. 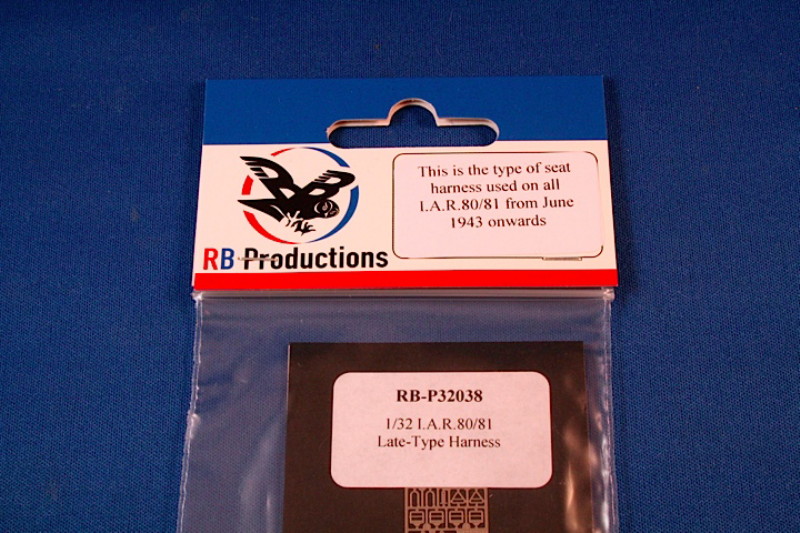 The set provides a small etched fret, a sheet of pre-cut paper straps and a set of assembly/reference instructions.

Why Paper? We'll - I'm going to cheat and copy the text from RB Productions site - I haven't used them in anger yet (but soon will!) - but all sounds reasonable to this reviewer:

The "paper" used on these seatbelts has a high rag content and no lignin (meaning that it is actually a "textile" material), it is acid free and died in the grain.

Why is this better than "fabric"? Fabric was considered and tested, then it was abandoned for the following reasons: 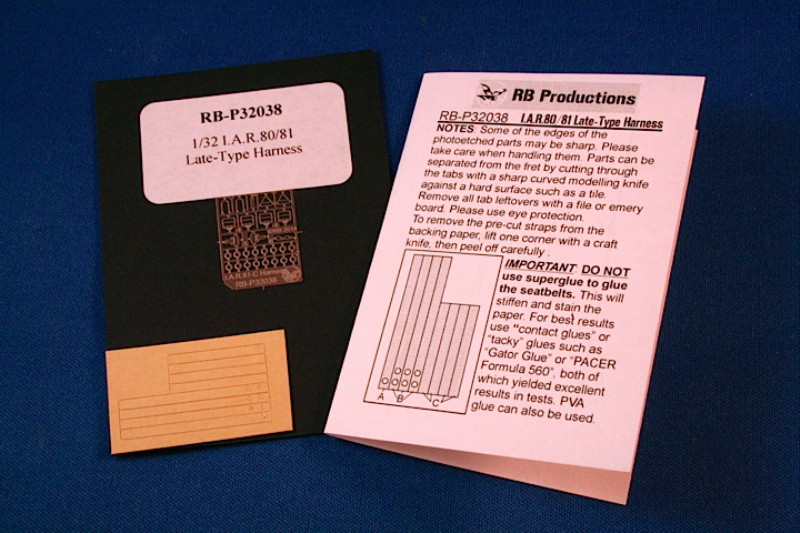 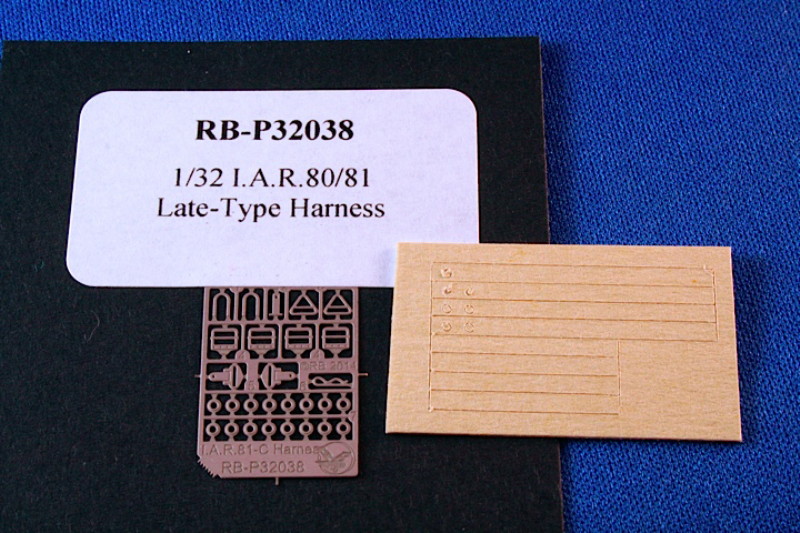 Particularly appreciated are the detailed instructions - including reference drawings illustrating the full size straps - it's the little details like this that help hugely - especially a relatively obscure aircraft type such as this. 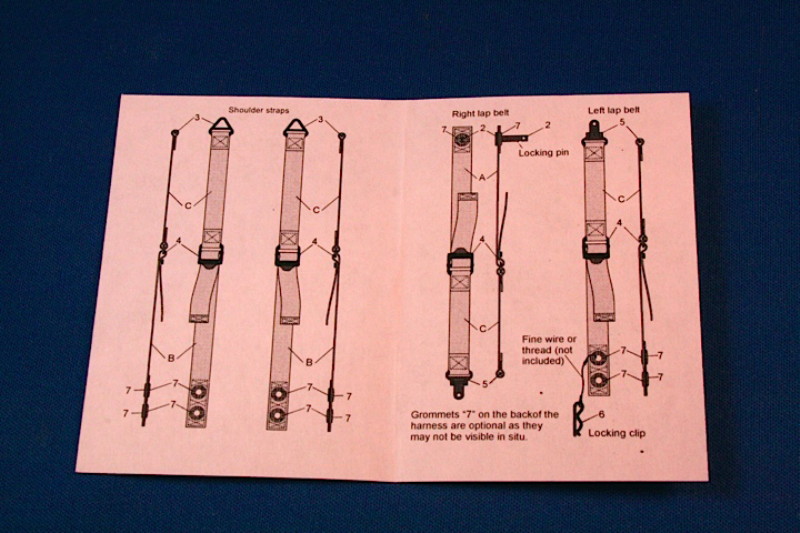 If you're planning on building the new FRROM kit I can highly recommended as an upgrade over the brass straps in the kit - and good value for money too!

This new mask set is available directly from RB Productions at €5.50 plus postage.

Take a look at Kevin Futter's review of the FRROM I.A.R.81C for more information about the target kit.