I've been working slowly on Trumpeter's 1:32 MiG-23ML and planning to finish it in Free Libya markings - with the intention of drawing these up in Adobe Illustrator and printing on my ALPS. However, a trawl of the 'Interweb' recently threw up a sheet by Linden Hill that I wasn't aware of: Non-aligned Floggers Part 2 - which includes exactly the markings I want to finish my MiG in! 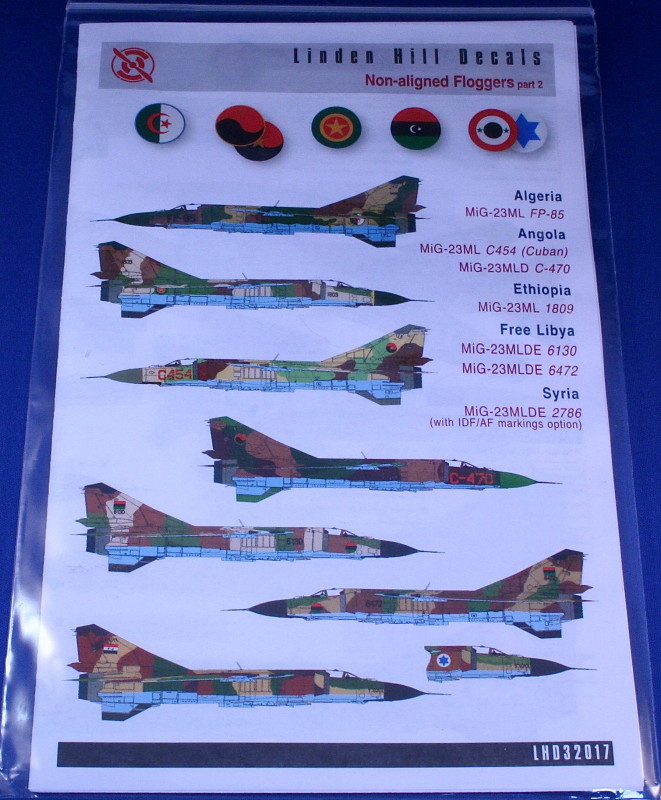 Instructions are very clear and reference the Akan paints range, as well as FS595a equivalents.

7 subjects are covered (8 if you count the additional Israeli markings applied to the Syrian airframe) and are as follows:

As well as the Libyan markings I was after - there's quite a spread of nationalities covered and, I'm sure, would be relevant to other aircraft types if you only end up building one of the MiG-23s - national markings for countries hard to find in 1:32 scale.

This decal set is available directly from Linden Hill Decals and Hannants, as well as other stockists.