Master Model of Poland has just released their latest machined armament set for the new 1/24th scale Airfix Typhoon and recent Mosquito. It is a set of new British RP-3 rockets, with 60lb SAP heads with carriers for the early Mk.I rails as carried on Typhoons, Mosquitos, and other British aircraft. 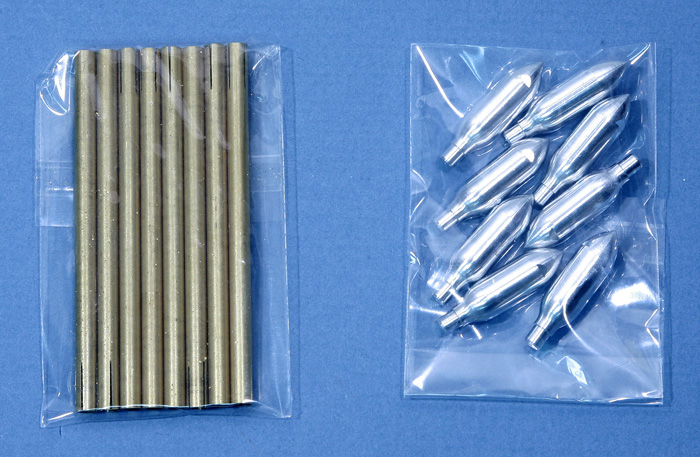 The main components of the set are 8 machined aluminum warheads and 8 lengths of brass tubing. The warheads have a notch cut into them as per the real thing visible in photos. The tubing has slots cut into one end for the fins. The warhead fits smoothly into the tube, although in some tubes you might have to file some small cutting burrs out of each end and possibly the slots. 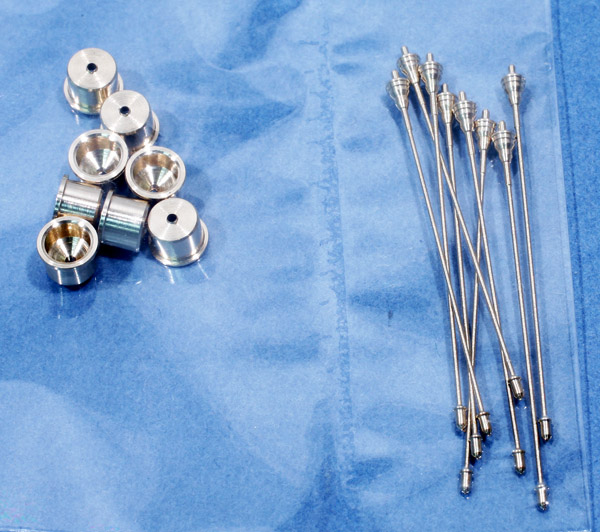 Other machined parts include brass inserts for the rocket exhaust and the pigtails that would fire off the rocket, The inserts are machined hollow and include a small hole for the pigtail. The pigtail is a real fine bit of machining with a small plug on one end that fits into the rocket exhaust and a bigger plug at the other end. That end is often seen hanging down loose from the rocket until the aircraft is readied for takeoff at which point it would be plugged into the end of the top rail on the aircraft. 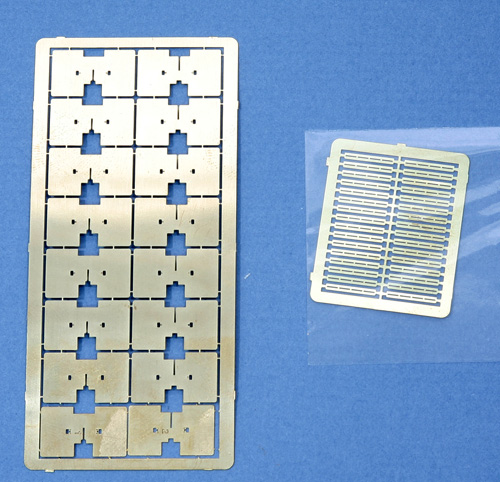 PE included in the set are the rocket fins and some tiny parts to be folded ninety degrees and used as strengthening angles at the base of each side of each fin. The PE fins slot into each other and then fit into the slots in the brass tube. On my trial build, the fins went on quite easily although be careful; those fins are thin! There is a bit of play, so when you commit glue, it will be best to check everything is square. 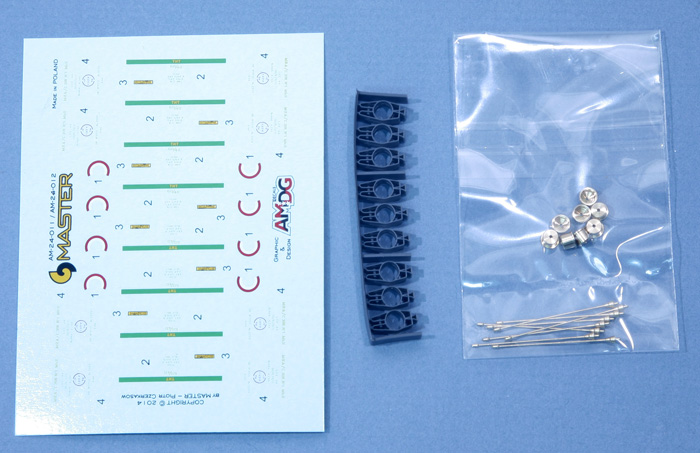 Also included are resin clips and a set of decals for the rockets, which are called out to have black warheads and olive drab bodies. The decals look quite complete. The resin clips are amazing. They are very fine; I don’t know how they successfully cast them. Enough for 9 rockets are supplied – one set spare – and they fit easily over the tubes. 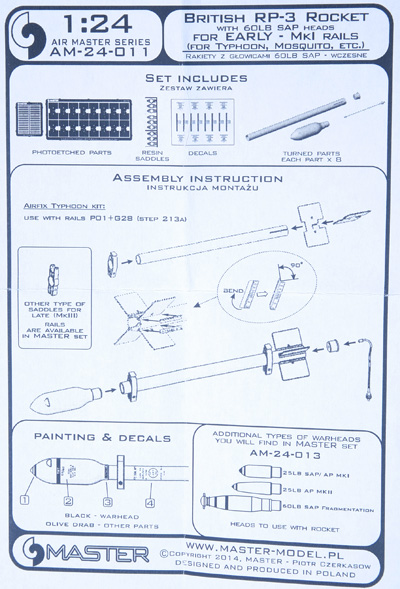 A small sheet of instructions are included with the set. They show assembly pictorially and placement of decals. They also list optional parts that can be bought separately such as different warheads and clips for later mark rails. 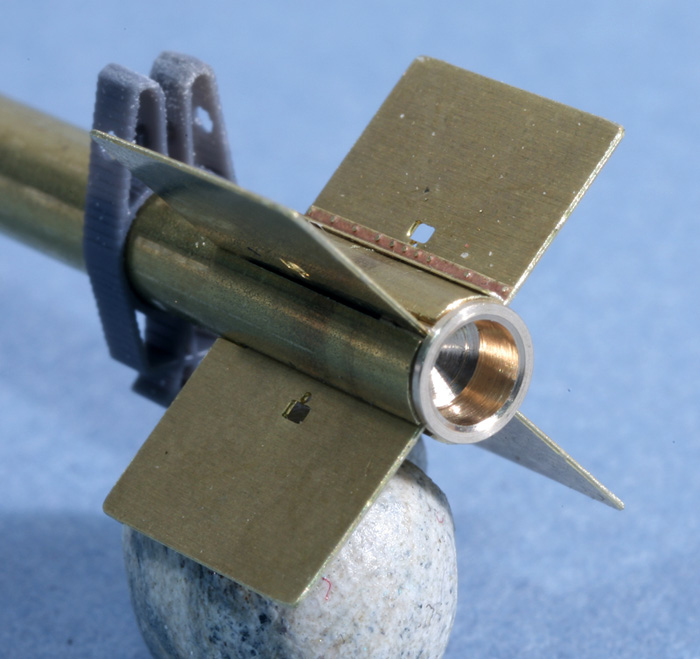 I went ahead and assembled one rocket. I cleaned up the PE and resin clips and assembly went smooth. Keep in mind this rocket is simply test fitted, no glue was used. I only bent one of the reinforcing clip angles and set it in place at the base of one fin. The pigtail was simply stuck in and left straight out. On the model, it would need to be bent into correct shape, which should be easy to do as it is so fine. I also show the rocket on the kit rail. Remember to orient the rocket so the fins are at a 45 degree angle to the bottom of the wing so they would clear the rail! The finished rocket, excluding the pigtail, was 80mm or 3 1/8” long.

Comparing the Master rocket with the kit rocket, the warheads stand out for their difference in shape. Comparing to photos, the Master warhead appears closer to the real thing. Photos seem to show the warhead about 2x the diameter of the rocket body. The Master warhead is slightly under 2x, the kit warhead is 2 1/2x as big. Also, photos show the back of the warhead as having a smoother curve to the rocket body diameter, which the Master rocket seems to capture better, too. Of course, there are no seams to deal with on the machined parts, either!

The only downside to the Master rocket set is the cost. Mine was a bit over $50US, which is about a third of the cost of the model. However, considering what is in the set, and because the set includes 8 rockets, I believe it is a good value. It works out to around $6.50US per rocket, and I know there is no way I could do that kind of detail work for that amount of money.

In summary an outstanding set for the detail-oriented modeler. Highly Recommended.