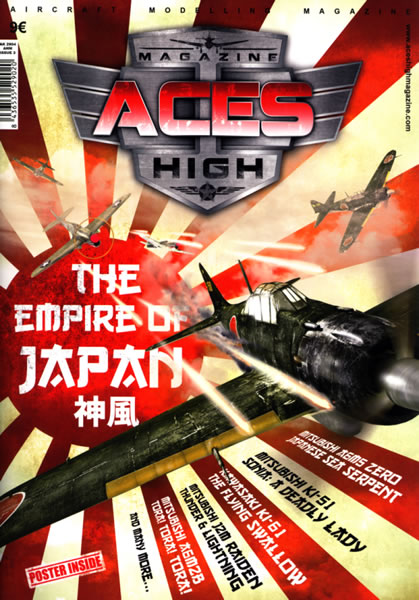 Spanish firm AK Interactive has, in a relatively short space of time, become quite well-known for its finishing and weathering products, of which it sports an extensive range. In 2014, the company branched out with the launch of its own aircraft modelling magazine, entitled Aces High. Here we examine issue number 3, dedicated to Japanese aircraft of World War 2.

The magazine itself is very stylishly produced, with the covers printed on light card stock, and the contents on heavy, glossy paper. The design is busy, with lots of stylistic conceits that occasionally interfere with readability (the cover itself is a good example).

The body of the magazine consists of five major build articles, plus two bonus rounds at the end: 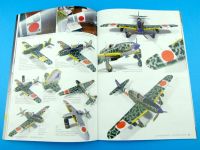 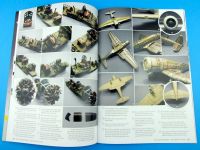 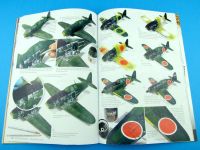 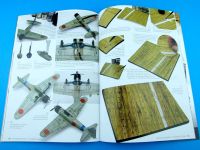 The models featured in this magazine all tend toward the extreme end of the spectrum, with Pablo Montero's Ki-61 showing the most restrained approach. Joaquín G. Gazquez' 1/72 Zero is heavily weathered, but quite effective. And while I'm normally a fan of Daniel Zamarbide's exquisite models, I thought his J2M3 looked a little silly, quite frankly. This is a direct reflection of my own personal tastes, however, and not in any way a criticism of the considerable skill with which all of these models have been finished.

The two smaller, non-aircraft articles at the end of the magazine round at the content. The article on the kamikaze pilot offers a useful primer on painting pilot figures, with some very useful hints and tips. The build of the Japanese vehicle feels a little more like filler, but is an interesting article nonetheless.

It's worth noting that in all cases, the photography is clear and crisp, with each image supporting the explanatory text nicely. Only in the Sonia article are the photos perhaps a little dark, but not the detriment of the article itself.

This is my first encounter with Aces High Magazine, and I'm duly impressed. It's not perfect, and the featured finishing style will not be to everybody's tastes, but the quality of the modelling on show transcends such subjective considerations. There is much to admire and learn here, and the impressive production values make it a visual feast. What's more, the centre pages consist of a bonus poster, featuring a piece of artwork by Luis David. Overall, I think it's a great effort, and will only improve in subsequent issues. Recommended!