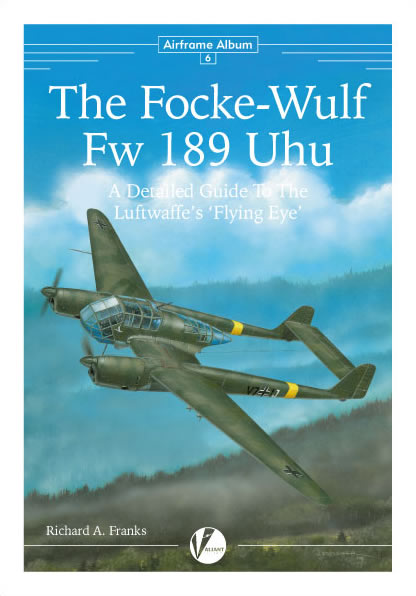 Valiant Wings Publishing has just released its sixth title in the Airframe Album series, entitled The Focke-Wulf 189 'Uhu' - A Detailed Guide to the Luftwaffe's Flying Eye. The book is written by series editor Richard A. Franks, a well-known name in modelling and aviation publishing.

The first thing that strikes you with this book is the terrific cover art by Seweryn Fleischer. Interestingly, the rear cover features an alternative interpretation of the same aircraft by Richard Caruana. The presentation of material in this book is impressive throughout. Photographs are generally clear and crisply reproduced, as are the isometric line drawings by Wojciech Sankowski. The colour profiles by Richard Caruana are handsomely rendered.

The content itself is organised into four main sections plus a preface and appendices:

It should be evident from the list of contents alone that this title is aimed squarely at the modeller. There's plenty here for aviation enthusiasts and Fw 189 aficionados too, but the emphasis is on providing the modeller with copious data and as much detail as possible.

The Technical Description section of the book is packed with period photographs, technical drawings and contemporary restoration images. The airframe is covered pretty comprehensively from nose to tail, with special emphasis on those areas of the most interest to modellers: cockpit, engines and wheel bays. 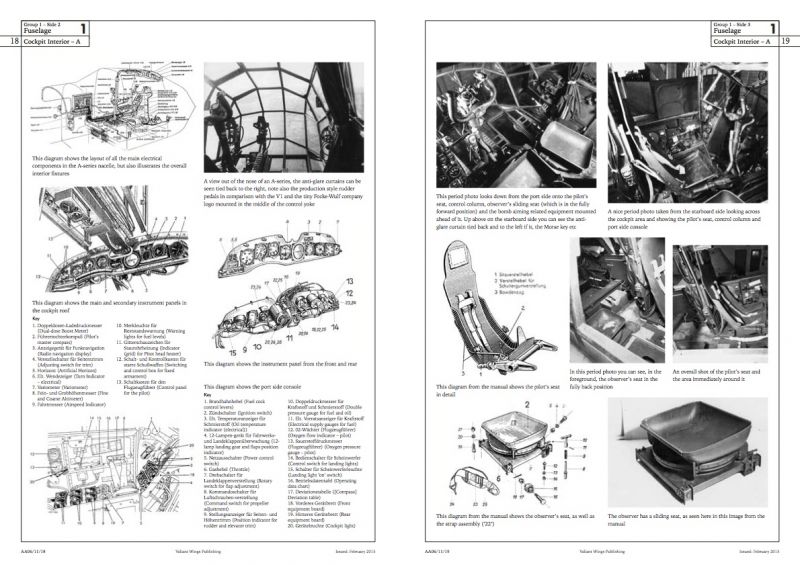 The section on the evolution of the airframe gives a concise but very clear overview of the development of the Fw 189 from the initial prototypes, right through to the final production variants, including several proposed versions that never made it into production. 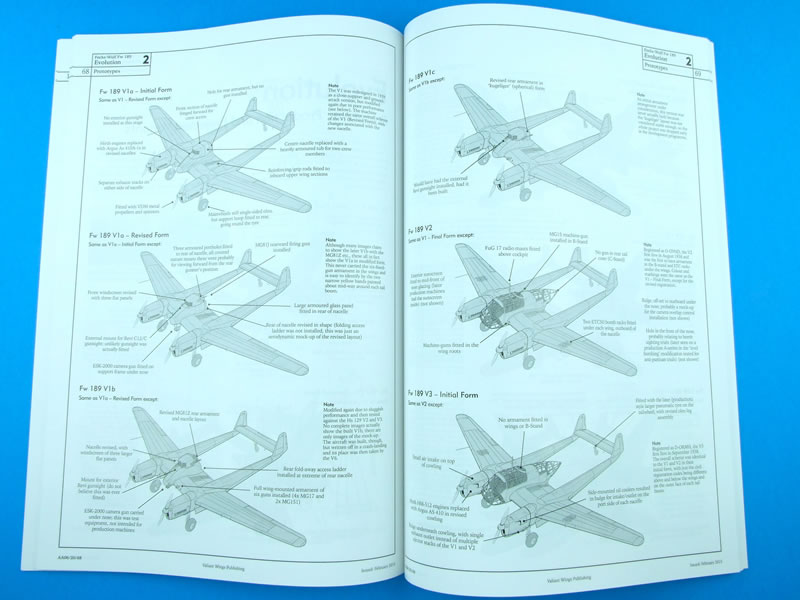 The Camouflage and Markings section covers the type's use by the Luftwaffe, as well as its deployment by foreign air forces. A decent selection of period photographs is accompanied by six pages of colour profiles. I'd like to see larger versions of some of the photos, but that's a perennial constraint that all aviation publications have to deal with, and hardly a criticism. 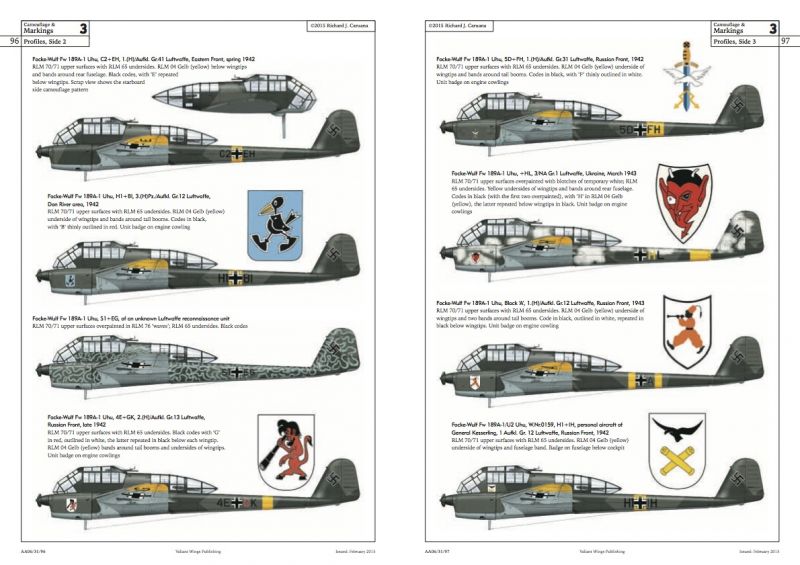 The final of the main sections of the book features a pair of Fw 189 model builds. The first is by Libor Jekl, and utilises the Condor 1/72 scale Fw 189A-1 kit. Libor does an excellent job with this kit, producing a terrific worn white-wash finish.

Next up is a build of the Great Wall Hobby 1/48 scale Fw 189A-2, by Steve Evans. It's another weathered white-wash finish, and equally well done.

The bonus round in this chapter features a brief preview of HpH's impending 1/32 Fw 189 kit, with test shot images and a look at the included painting options. 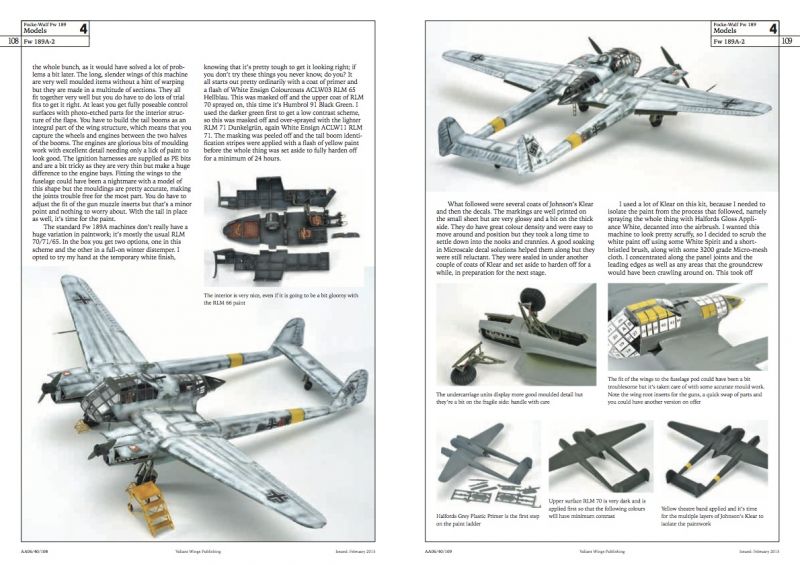 The final section is the Appendices, and these follow the customary pattern for this series of books, in outlining what options the modeller has in terms of kits, accessories and decals for producing a scale replica Fw 189. Only the upcoming HpH kit is listed for 1/32 scale or greater, but we're certainly looking forward to that one!

The book rounds things out with a bibliography of existing titles covering the Fw 189, which serves as a handy launch pad for further research into the type.

This is a detailed, comprehensive and modeller-friendly title. If you're building, or intend to build, a model of the Focke-Wulf Fw 189 in any scale, this book will prove invaluable, and I highly recommend it.