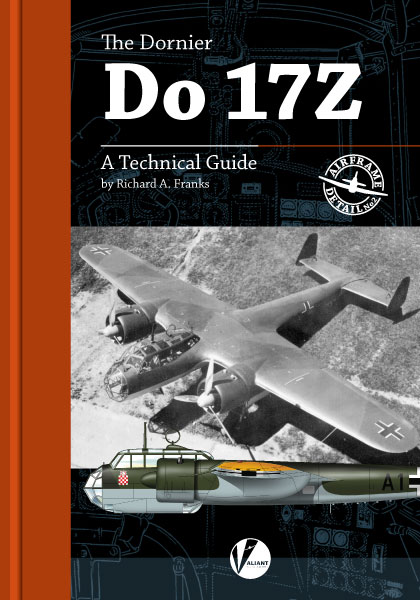 UK-based publisher Valiant Wings Publishing has just released the second volume in its new Airframe Detail series, covering the much-ignored Do 17Z. Entitled The Dornier Do 17Z: A Technical Guide, this slim, 82-page volume is authored by Richard Franks, and illustrated by Richard J. Caruana.

The book is divided up into three main sections, plus an introduction and appendices:

While not listed as one of the major sections in the book's index, the Introduction consists of a 12-page history of the type, from the initial prototypes, and leading up to the Do 17Z. It's fascinating to see how different the early versions of the Do 17 were from the more familiar Battle of Britain participant. 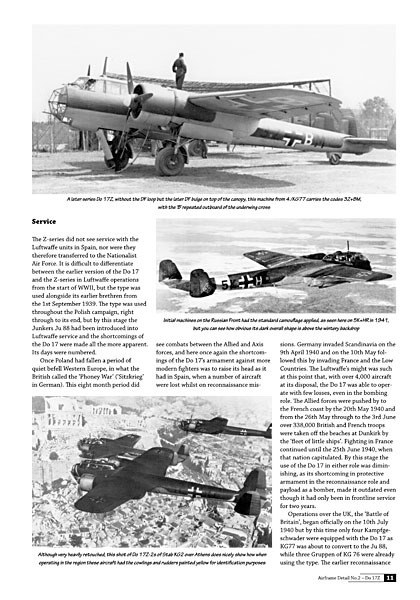 This is the longest section of the book, clocking in at 38 pages. Much use is made of original manufacturer's technical manuals, in particular Dornier's Ersatzteilliste Do 17 Z from 1939. The original German labelling on the diagrams has been supplemented with English translations, which is one area where this title provides some value-add over simply owning the manual yourself. Photographs are included to complement the drawings, and these are extensively captioned. 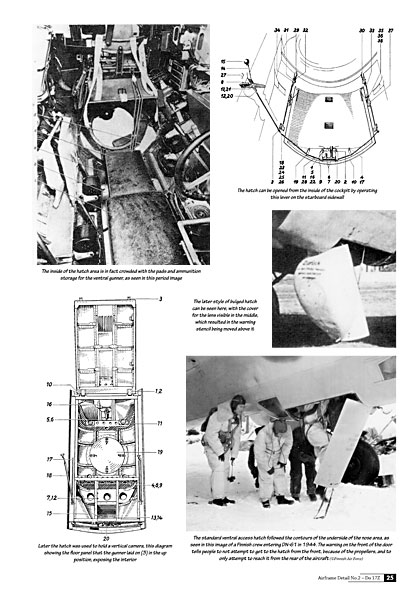 This section comprises 18 pages, starting off with a discussion of the basic camouflage patterns and colours employed on the Do 17Z. Aircraft used by Croatian and Finnish forces are also covered. Page 62 includes a really useful selection of photographs depicting the various unit badges found on Do 17s. The section finishes with six pages of colour artwork by Richard Caruana, featuring a nice cross-section of common schemes. 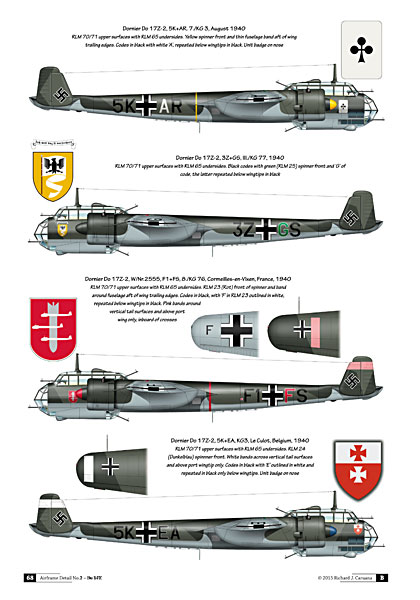 Building a Do 17Z

This section features a build of the new-tool Airfix 1/72 Do 17Z by Libor Jekl. Covering eight pages, Libor takes the reader through the ins and outs of building the kit, noting troublesome areas along the way. The explanatory text is clear, as is the photography. The resultant build is excellent, and almost enough to make me want to build the kit myself! 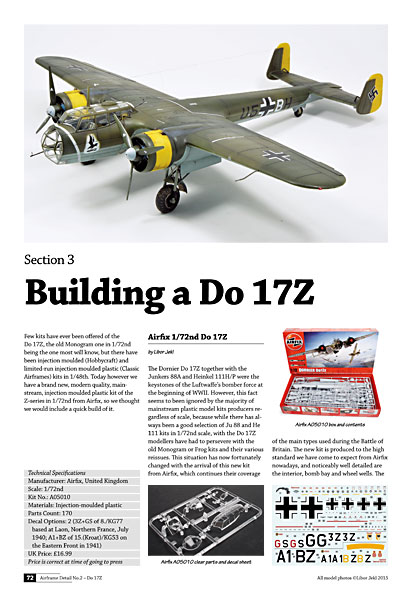 The four appendices occupy four pages at the back of the book. The first three provide a run down of Do 17 kits, as well as decals and aftermarket accessories. Predictably, no kits in 1/32 scale are mentioned, mainly because, as far as I'm aware, none have ever been released. It's hard to believe that we won't see injection-moulded 1/32 Do 17Z come to market some time in the next few years. We can only hope!

The last appendix gives a list of known references for the Do 17, with this title representing one of the few publications dedicated to the type. Perhaps that's another reason we haven't seen one in 1/32 scale so far.

This is as good a reference on a much-ignored Luftwaffe bomber. Sure, it lacks an extensive look at the type's operational history, but as a self-proclaimed Technical Guide, this is not really the book's intent. And while there's not enough information here to scratchbuild a Do 17Z in 1/32 scale, there's certainly plenty to fuel a superdetailing project using any existing or forthcoming kit. Highly recommended!