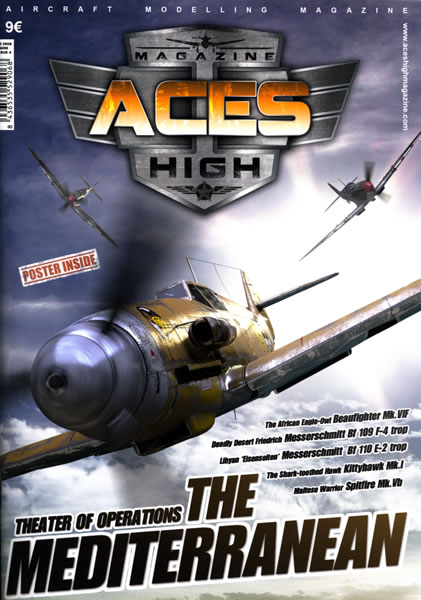 Spanish firm AK Interactive has, in a relatively short space of time, become quite well-known for its finishing and weathering products, of which it sports an extensive range. In 2014, the company branched out with the launch of its own aircraft modelling magazine, entitled Aces High. Here we examine issue number 4, dedicated to The Mediterranean Theater of Operations.

The magazine itself is very stylishly produced, with the covers printed on light card stock, and the contents on heavy, glossy paper. The design is busy, with lots of stylistic conceits that occasionally interfere with readability.

The body of the magazine consists of five major build articles, plus two bonus rounds at the end: 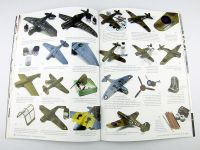 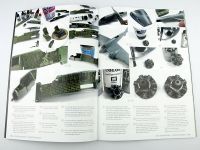 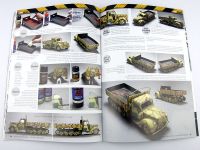 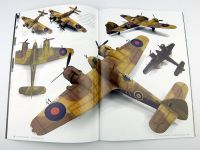 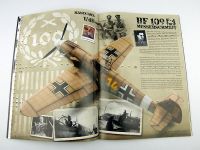 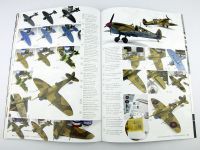 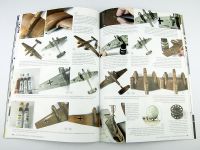 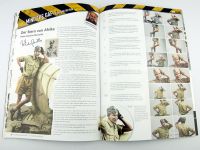 The models featured in this magazine all tend toward the extreme end of the spectrum, especially with regard to panel line highlighting, as evidenced by Javier Lopez de Anca's Bf 109F-4 trop build.

The two smaller, non-aircraft articles at the end of the magazine round at the content. The article on the Hans-Joachim Marseille pilot figure offers a useful primer on painting pilot figures, with some very useful hints and tips. The build of the Ford Maultier vehicle feels a little more like filler, and I recommend that the Aces High team considers dropping this segment from future editions.

It's not perfect, and the featured finishing style will not be to everybody's tastes, but the quality of the modelling on show transcends such subjective considerations. I'd like to see more varied approaches and styles, however. Still, there is much to admire and learn here, and the impressive production values make it a visual feast. What's more, the centre pages consist of a bonus poster, featuring a piece of artwork by Luis David. Recommended!