AoA Decals has released this very useful set of stencils for OV-10As used by the Navy and USMC and provides markings for Green over Gray and light gull gray aircraft. This stencil sheet is included in the previously reviewed 32-004 Black Ponies and More sheet, but if you want to supplement your kit's stencils and use the rest of the sheet, or do your own thing, these would be the sheet to get.

What's in the Package 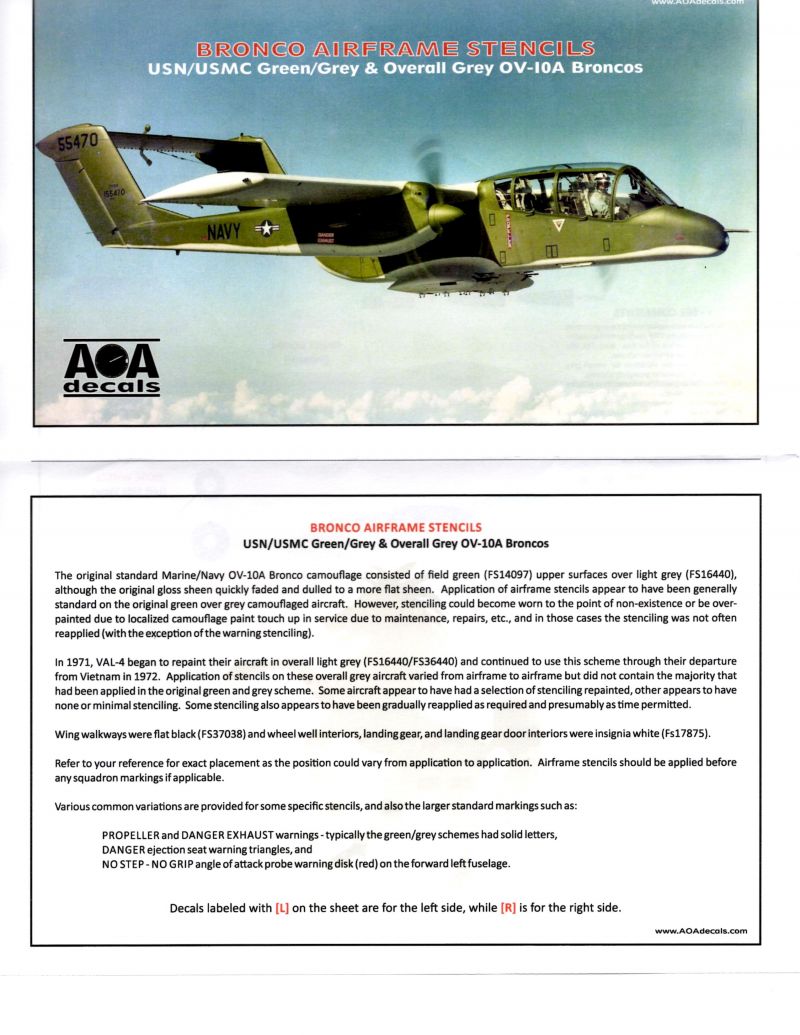 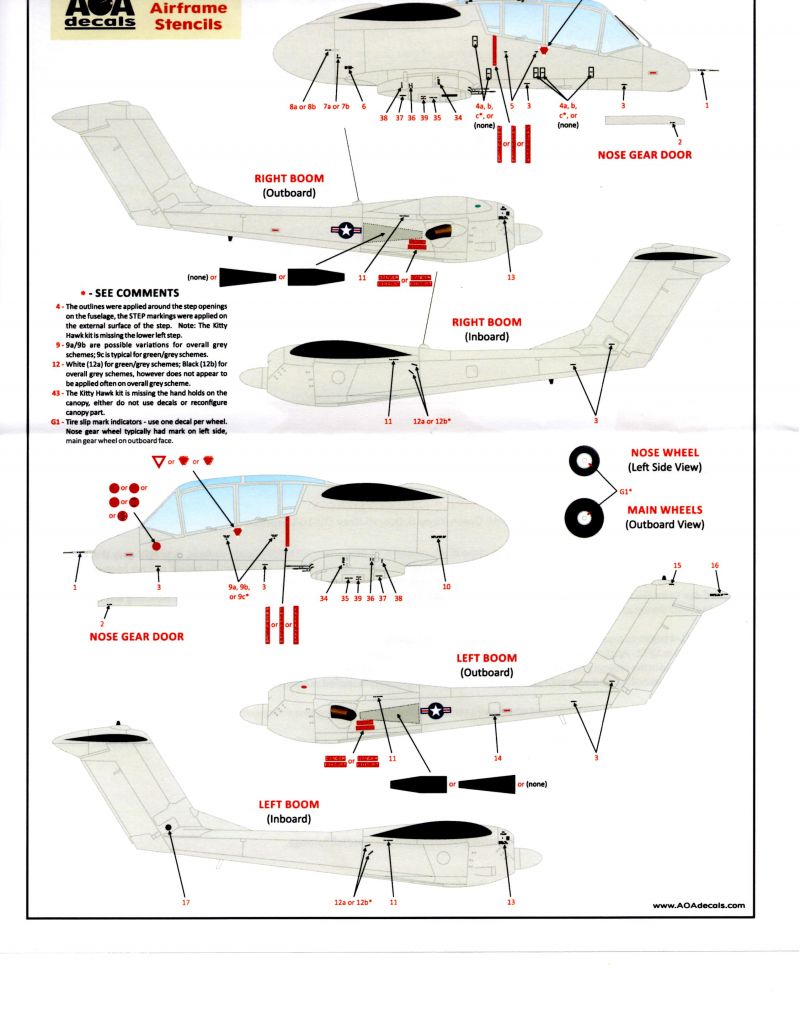 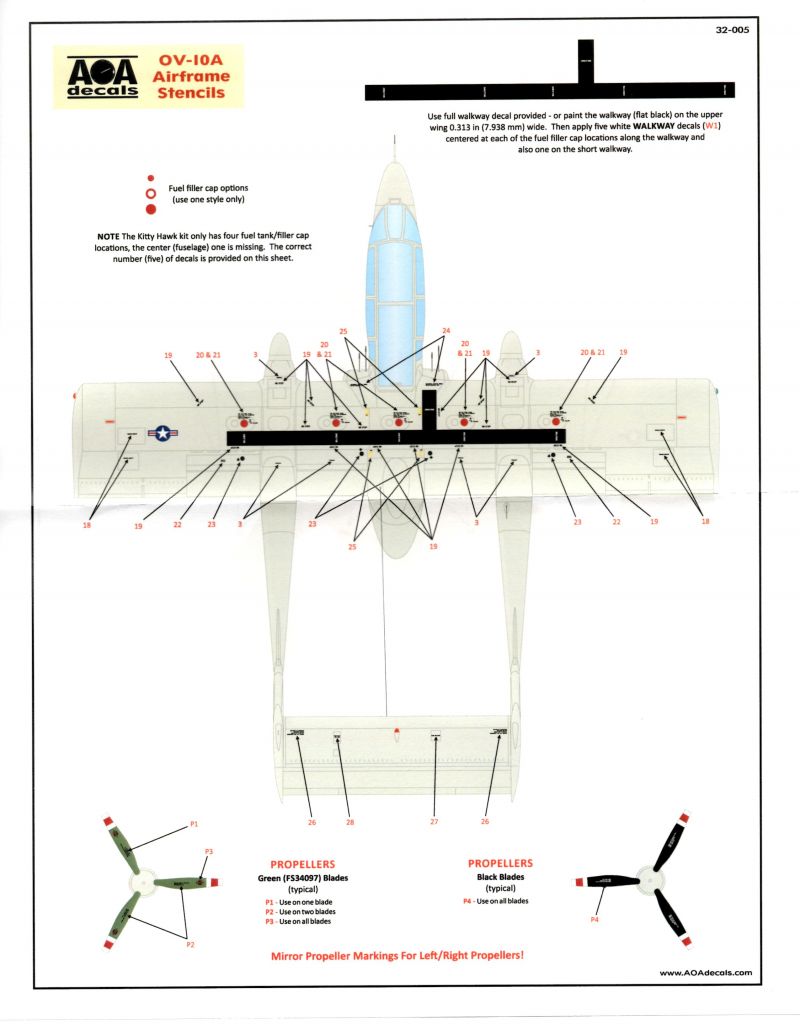 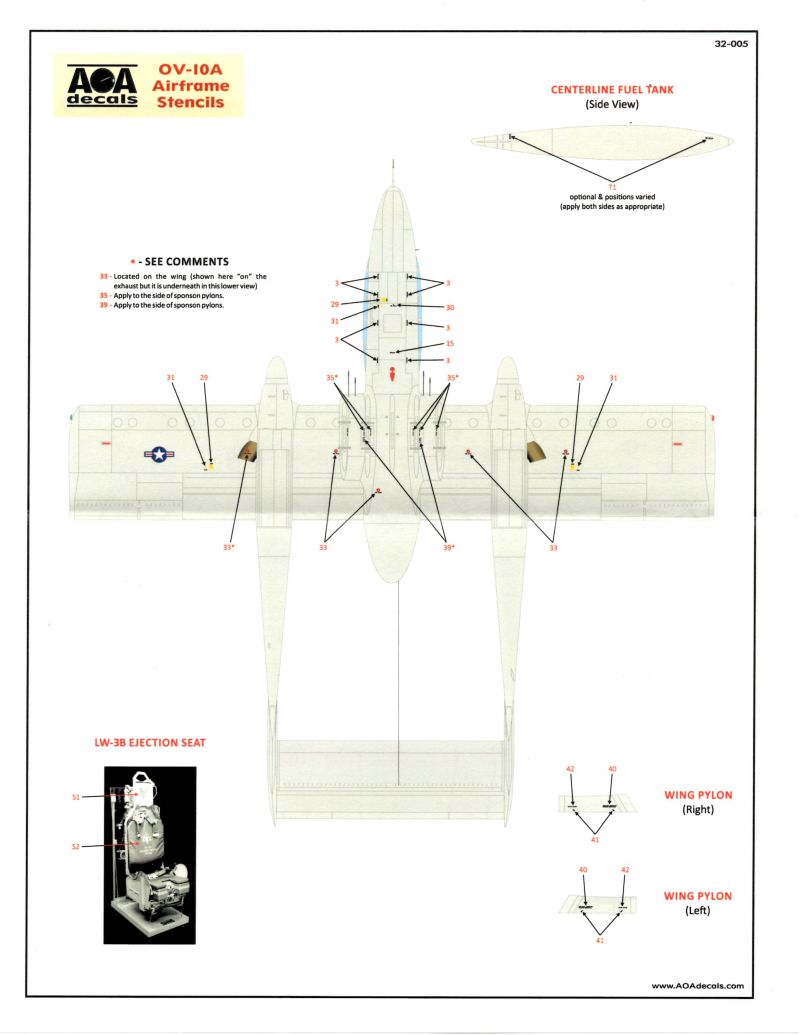 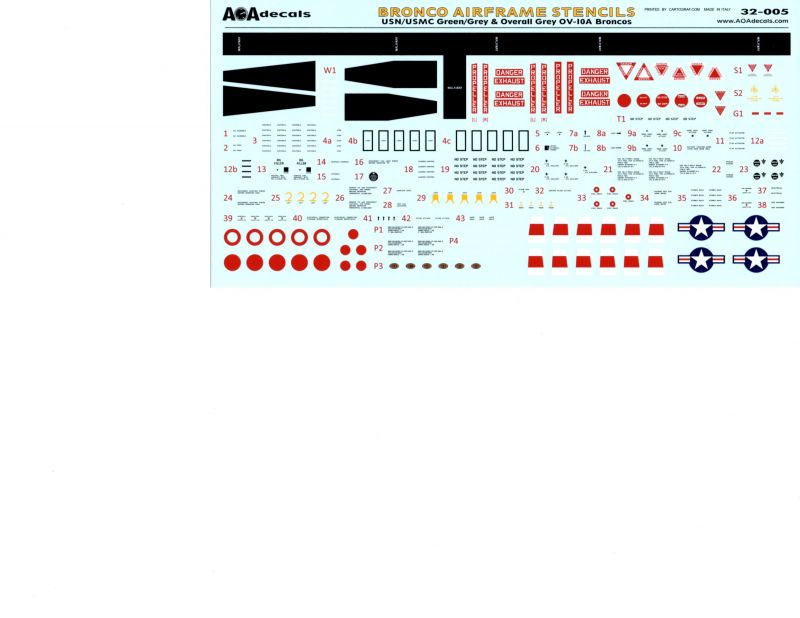 A highly recommended beautifully printed accessory sheet and a must have if you decide to do your own thing with your bronco (CDF or BLM aircraft for example), or just want to tighten up the stencils to compliment the kit decals.

Thank you Again to Steve at AoA Decals for the review sample.