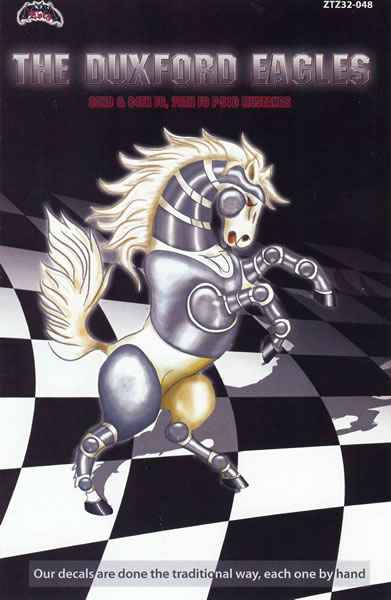 This decal set is made specifically for the Tamiya 1/32 P-51D kit and its four piece nose, featuring the distinctive checkered nose of the Duxford (UK) -based Mustangs. Rather than offer the very popular Big Beautiful Doll set, Zotz has instead featured two other checkered nose planes: 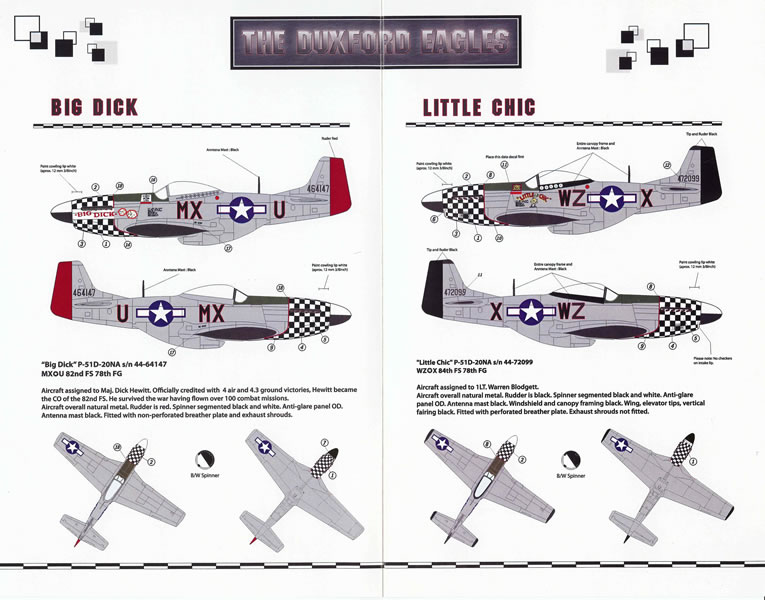 On the back of the decal cover Zotz includes an interesting bit on Maj. Hewitt and his effort to have a Me 262 probable registered as a kill. 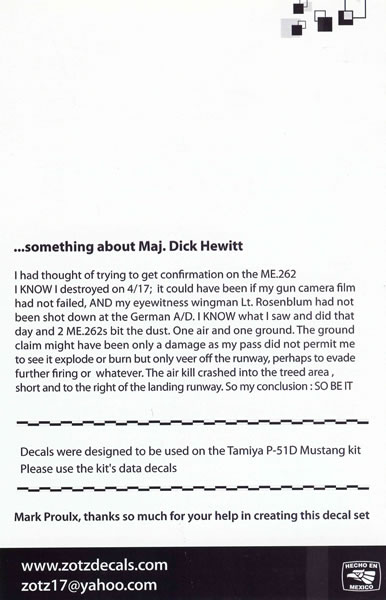 The Zotz decals come on one sheet and are very clearly marked not only with the usual numbers but little pointers to ensure the correct decal is identified on the densely packed sheet. The decals themselves seem to be moderately thin, but with a noticeable carrier film that should be trimmed before applying to the model. The Red line for the checker outline comes with very helpful pointers showing which end is the top. Zotz only provides the main decals for the subject; kit decals for stencils are still used.

Zotz has left the white checkers off the bands at the nose to allow for a better fit, thus the modeler needs to have a white band painted in order to match the rest of the decal. One note: the decals are somewhat translucent so measure carefully before painting the white band especially against a dark background. 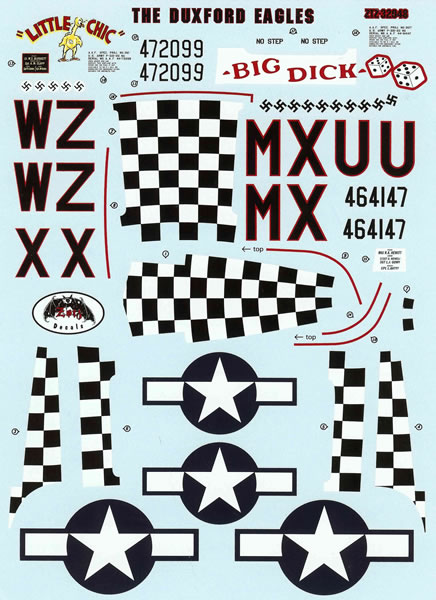 The fit of checkers is very good, with my set needing only minor adjusting by slicing along a few of the checker lines in order to get everything to lay down flat. These decals are made specifically for the Tamiya 4 part nose and the results are excellent when all the panels are carefully aligned.

One note: I usually apply decals over just a wet surface, but the Zotz decals did not seem to respond well to any setting solutions after that. However, after putting down a setting solution first, then applying the decal worked much better and allowed the decals to snuggle down properly onto the model.

Second note: The national insignia for the upper wing surface does not have the cut-out for the removable gun panels thus care will need to be taken if these panels are intended to be removed.

This is my first time using the Zotz decals, but the mix of interesting subjects, and high quality printing, makes this a recommended set for modelers featuring Duxford-based P-51Ds.