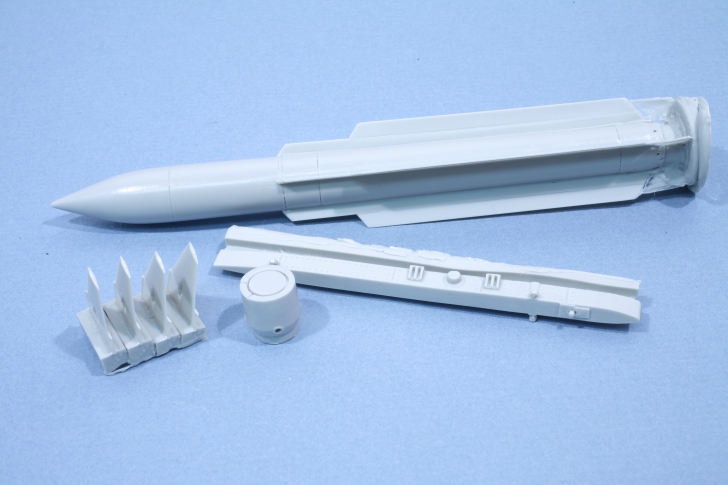 Here is one of AMS Resin's latest items, the AGM-78 Anti-Radiation missile. Used in Vietnam, this is an excellent addition to your 1/32nd scale arsenal for Phantoms or F-105 models for Wild Weasel missions.

Due to the difficulty in casting this missile with those fine fins, this is not currently offered via Sprue Brothers or other retail outlets. If you are interested in acquiring some, contact Harold directly.