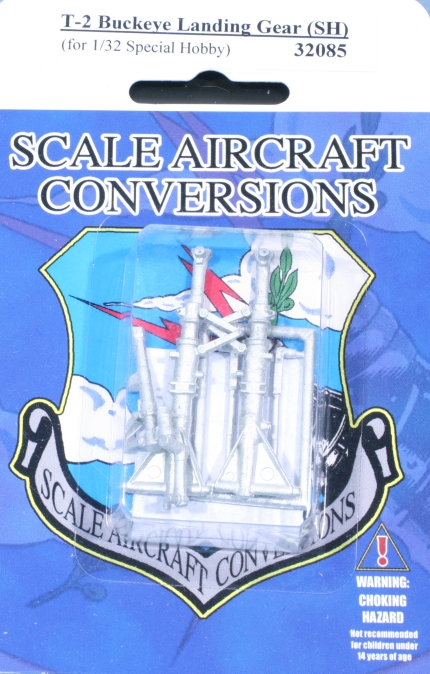 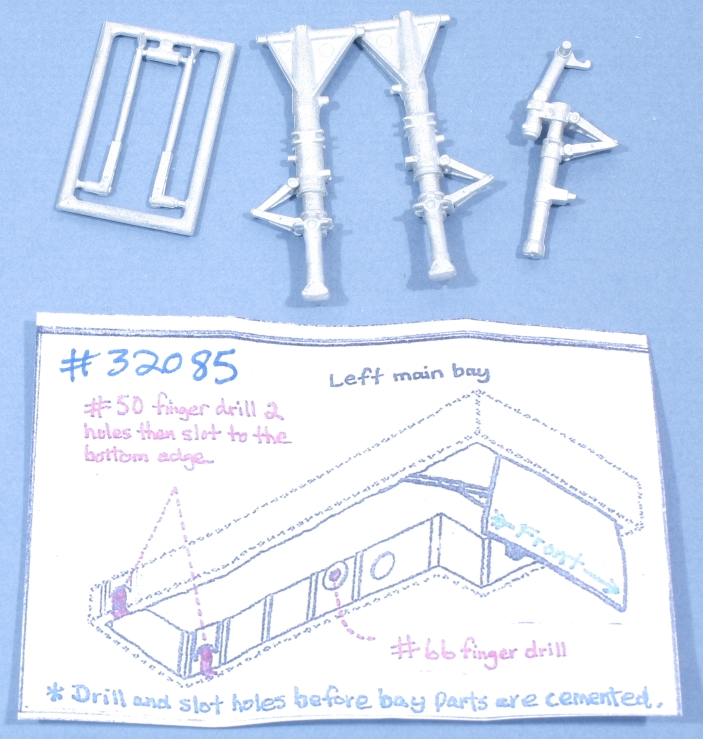 This set is simply meant to be a direct replacement for the kit’s plastic landing gear, providing the modeler the option to go with white metal instead of plastic. Note the instructions suggest opening some holes in the gear bays for fitting. While the casting is quite good, most of the details are unchanged and any defects of the kit parts, such as molding seams, are therefore replicated on the SAC gear.

I still am not happy with the softness of the alloy used. The T-2 is a small plane and has pretty spindly gear, especially the nose gear. The SAC gear is of course just as spindly as the kit gear and bends easily. I am not sure the SAC gear is as strong as the kit gear and will not bend over time. Also, the retraction arms may be hard to use. Clean up of seams will be difficult, and the soft alloy will bend so easily it may be hard keeping them to stay straight. The modeler may be better off using the kit parts for these smaller parts if they use the SAC gear.