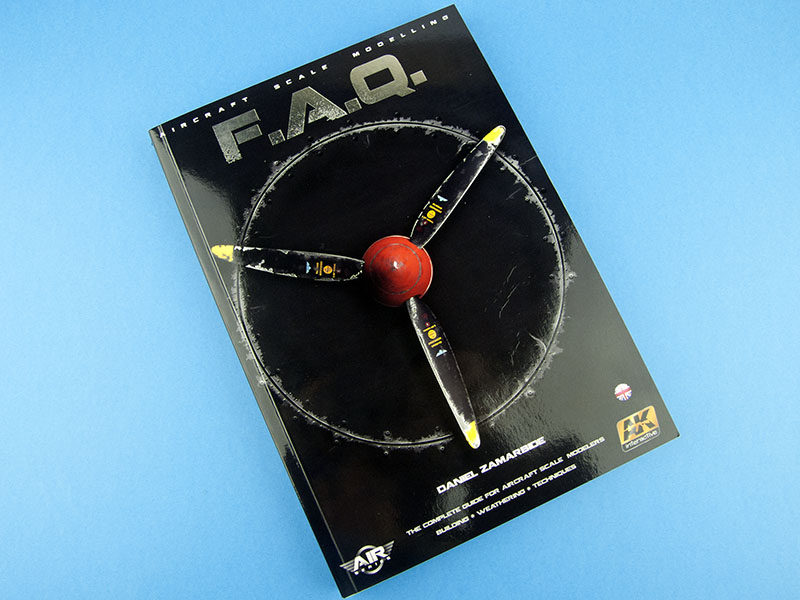 Spanish firm AK Interactive has, in a relatively short space of time, become quite well-known for its finishing and weathering products, of which it sports an extensive range. It also has a burgeoning selection of publications, and while many cater for armour and diorama builders, the company's latest title is aimed squarely at aircraft modellers.

Entitled Aircraft Scale Modelling F.A.Q., it's authored by renowned modeller Daniel Zamarbide, and clocks in at a whopping 385 pages. The first thing you notice about this book is how heavy it is; out of curiosity, I decided to weigh it, and the result is 1.6kg. By way of comparison, Tamiya's 1/32 F4U-1 "Birdcage" kit weighs in at about 1.3kg. This book is a monster!

It should come as no surprise, then, that the book is luxuriously printed on heavyweight glossy paper stock. The quality of the included photographs (over 2500, according to the book's product page) is particularly impressive.

The contents are broken down into 10 major sections:

After a brief introduction, the book settles quickly into chapter 2, Assembly, Preparation and Materials. This is reasonably substantial at 37 pages, but actually covers basic areas such as glues and seam filling relatively quickly, before diverging off into more advanced topics such as adding your own rivets and creating a stressed-skin effect. There are even sections on vacuum-formed canopies and scratch-building tools and materials. This chapter is really about kit construction, and as such, begins to feel a little brief in the wider context of the book. 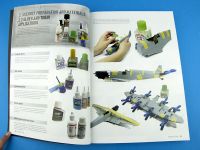 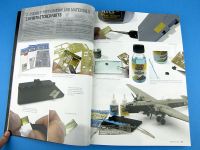 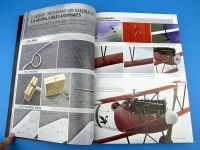 It's fair to say that the main focus of this book is really painting, finishing and weathering, and this leads us straight into chapter 3, Painting Guide. This a 15-page examination of the various types of paints, primers, thinners, and brushes available to paint your model. It's more of an overview than a comprehensive discussion of each topic, though the information presented is certainly useful.

Chapter 4, Techniques, is where this book starts to get serious. The author is a leading exponent of what has come to be known as "The Spanish School", a stylised approach to painting and weathering that is designed to produce heavily-weathered, high-contrast finishes. All of the examples in this chapter, and throughout the rest of the book, are built around this approach, and in some instances the effects seem somewhat exaggerated. It's important to remember, however, that the basic theories expounded are still sound, and less dramatic results can be achieved simply by moderating the extent of their application. The author states as much in his preface to this chapter:

The modeler can either adapt or evolve these techniques to what suits them best.

In essence, Zamarbide shows us how far these approaches can be taken, and leaves it up to us to use and adapt them as we see fit. 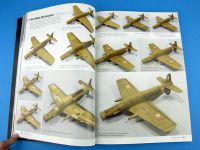 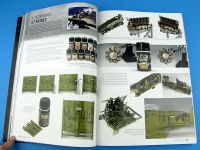 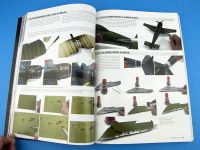 Chapter 5, Interior, takes us through painting and weathering those elements that constitute the interior of an aircraft, with the primary focus being on the cockpit. Seats and instrument panels receive the most attention, and the author tackles examples from several major WW2 combatants, as well as some jet cockpits. This provides some nice variation in colour palettes for the weathering examples, and serves to expand the reader's understanding of how the techniques work.

There are also some sections on painting various pilot figures, modifying pilot figures, scratch-building an instrument panel, and detailing internal fuselage structures. There's a lot of repetition in this chapter, which initially seems a little redundant, but it's the small variations between each example that help reinforce the ideas at work here, and this ultimately assists the reader in transcending a mere copycat approach. 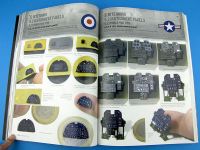 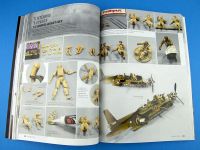 The focus of chapter 6, Exterior Details, is much as the name implies. Quite a bit of space is given to propellers, but wheels, tyres, landing gear, wheel bays and doors, bombs and ordnance, are all covered in detail. Further sections show how to paint and weather exhaust stacks, jet nozzles, and walkways. There's a section on masking canopies, and a more substantial sequence on how to make and use your own paint masks.

Next up is engines, with five sections covering WWI and WWII engines and cowlings. As expected, the emphasis is on painting and weathering, but there are some good tips on adding your own wiring too. 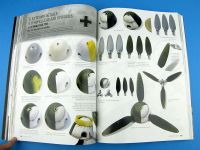 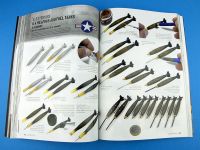 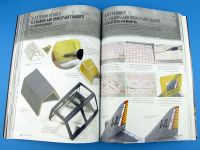 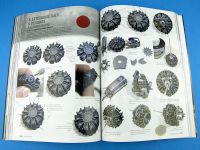 Chapter 7 is entitled Camouflage, Painting and Weathering, and is broken down into a number of sub-sections, the first of which covers WWI aircraft. Here we see the expected tutorials on emulating wood grain finishes and fabric-covered surfaces, with a variety of methods covered. More unexpected is the tutorial on masking and painting a lozenge pattern finish, which is a nice touch in this era of off-the-shelf everything.

The next sequence of sections covers WWII aircraft, and is further broken down into British Schemes, U.S. Schemes, Japanese Schemes, and German Schemes. The final set of sections in this chapter covers jet aircraft, again broken down into U.S. and Soviet finishes. The pattern here is by now familiar, with each nationality and era presenting a different colour palette to work with, and the tonal modulation and weathering effects adjusted accordingly. Even if the results presented here go beyond what suits your personal taste (as they do for me in some cases), there's still plenty to be learned from studying the techniques on offer, always remembering that you don't have to follow them slavishly. 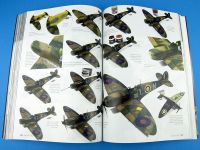 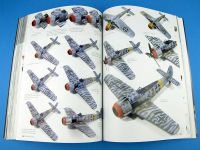 Chapter 8, Special Finishes and Markings, gets a little more specific in its tutorial content. Topics covered include Burnt Areas, how to paint black aircraft, a terrific sequence on masking and painting chequerboard patterns, painting invasion stripes, weathering metal finishes and more. One of the hallmarks of the author's approach to finishing a model is that he prefers to paint as many of the markings on the model as possible. He brings this preference to bear again with an impressive tutorial on masking and painting shark mouths on a pair of 1/32 scale models. If you've ever been bitten by poorly-fitting or poorly-conforming complex decals, the masking and painting tips in this book are worth the price alone. 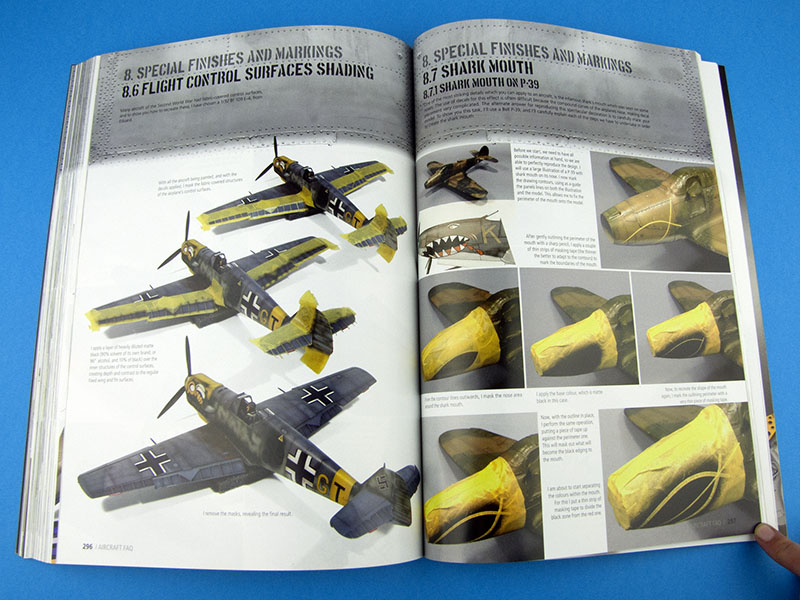 In chapter 9, Creating a Scene, the author walks us through the creation of three simple bases, on which to display our finished models. The first is an aircraft carrier flight deck, the second is a desert scene, and the last is a concrete apron. Each is extremely well done, and apart from some simple accessories, they're largely created from scratch. In his preface to this chapter, Zamarbide notes that this is not intended to be a comprehensive look at the skills needed to created dioramas, but rather, something to show how easy a simple base can be, and a launch pad for the modeller's own explorations. In that regard it's a very useful chapter.

It doesn't end there, however, as the next sequence deals with building and modifying airfield or carrier deck vehicles. Again, it's not comprehensive, but fulfils its aim of showing what can be done, and providing suitable inspiration. 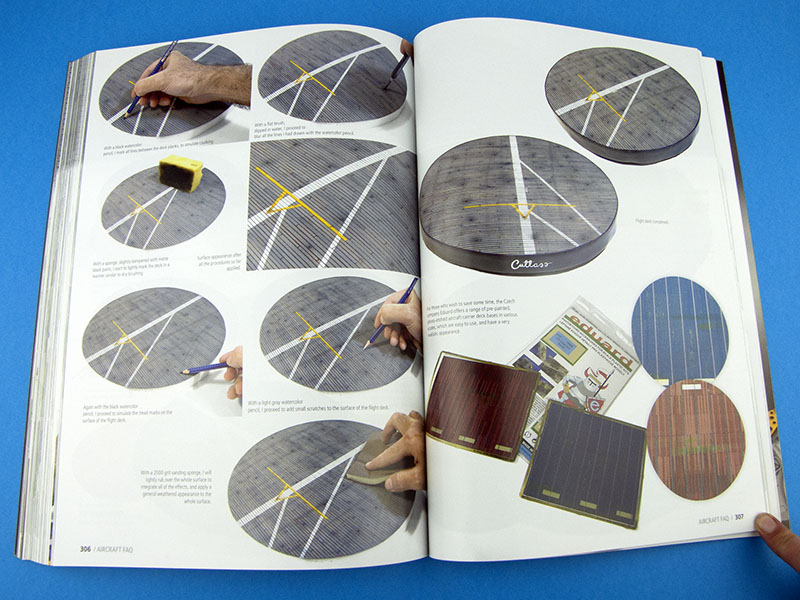 The book's final chapter is a photo gallery of finished models, many of which feature in the earlier tutorial chapters. Each shows a model built and finished using the approaches and techniques outlined in the tutorials, though again the real value is in the inspiration they provide, rather than any further insights into how they're accomplished. This is probably the least useful section of the book, but makes for attractive viewing nonetheless. 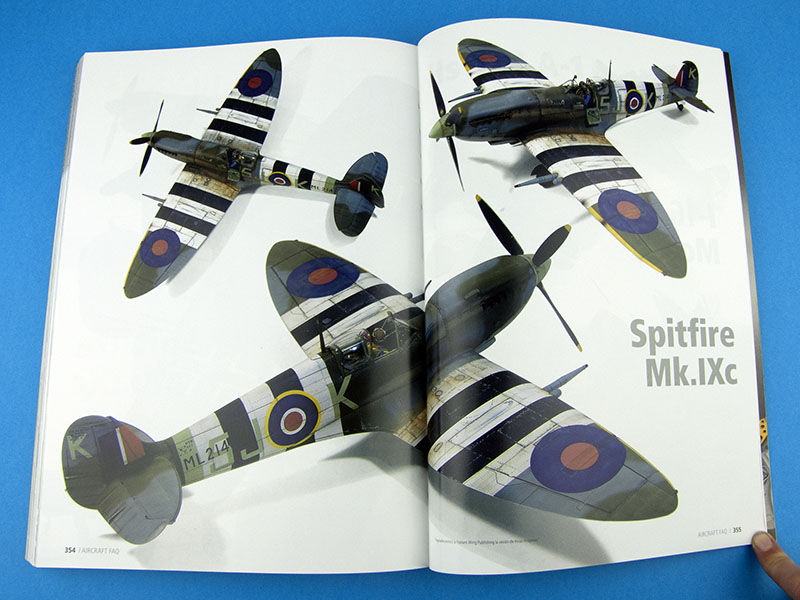 This is a book of no small ambitions, and it is, for the most part, successful in achieving its goals. There are some minor issues, however. The book is available in both English and Spanish, and it's clear that the former is a slightly tortured translation of the latter. There are many errors of spelling, grammar and expression throughout, which can occasionally make some of the explanations a little muddled.

Another issue I noted was that some of the explanatory captions are not associated with their target photographs explicitly enough, making some of the tutorial sequences difficult to follow in the correct order. Also, given the sheer size of the book, and the breadth of material covered, I would like to have seen an index included. There is, at least, a comprehensive table of contents at the beginning of the book.

On balance, however, if you approach this book as being a reservoir of new and alternative ideas to building and finishing models, rather than a set of prescriptive approaches that need to be copied slavishly, then there is much to learn and be inspired by within its pages. And that's the case even if you don't subscribe to the particular finishing styles featured. I can recommend this book as a very useful addition to any modeller's learning library.