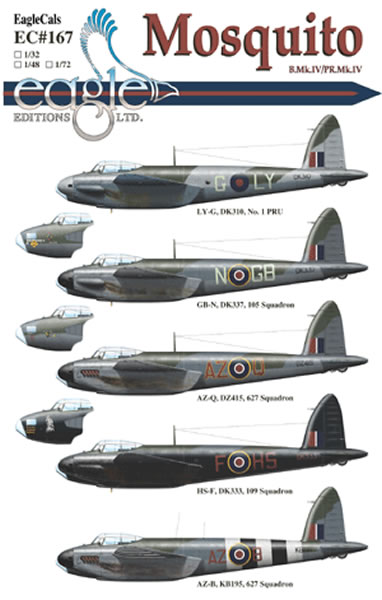 We truly live in the Golden Age of modelling, and especially so if you build large scale planes. Who'd have thought that we'd have the prospect of not one, but two 1/32 new Mosquito kits to contend with, especially after having to settle for the ancient Revell kit for so long. Even better, Eagle Editions has now released a set of replacement decals for the HK Models Mk.IV kit.

Decals are provided for the following five aircraft: 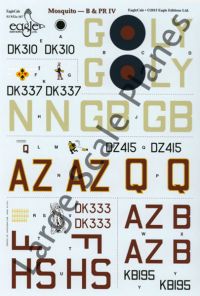 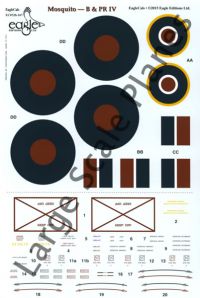 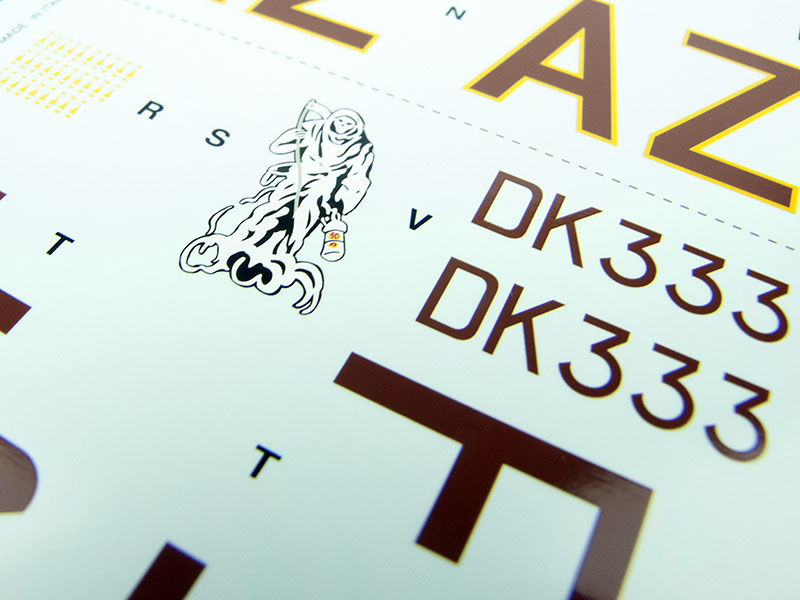 This package is a worthy alternative to the kit-supplied decals, being equally applicable to the new HK Models kit, or the old Revell one. The quality of the decals themselves is beyond reproach, and I can highly recommend them.