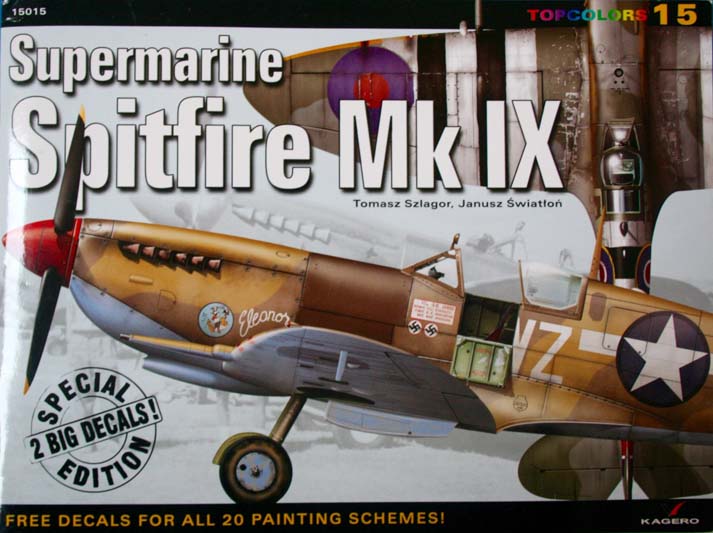 This Kagero TopColors publication combines a fully illustrated softback book of high quality profile drawings combined with two sheets of decals that, when combined with national insignia and stencils from other sources, enable the modeller to produce any of the subjects covered.

Whilst published some time ago my digging them out for the current Edgar Brooks Spitfire Tribute build brought to light that we've not reviewed them previously and so better to cover them now than after I've started cutting them up!

Subject followed are as follows:

This set provides two sheets and covers three scales; 1:72, 1:48 and 1:32. The decals provide codes, serials and specific artwork/badges for each airframe, leaving the modeller to source their own national markings and stencils either from the kit, or elsewhere. The decals look admirably thin and exhibit perfect registration. My only concern being the 'sky' coloured codes which look a little dark to my eye - although this may be fine once applied to the model. 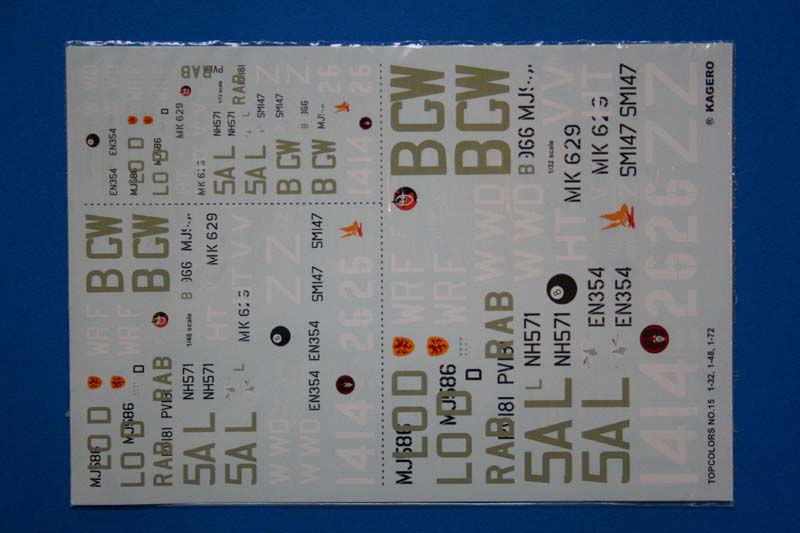 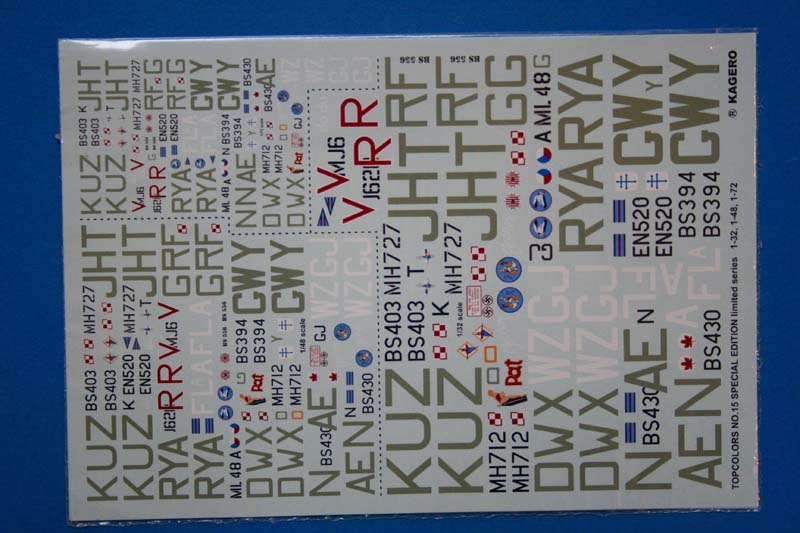 A great combination of inspiration from a set of superb illustrations, combined with decals to suit. Your only problem will be choosing which one to do!

It appears that this set may be out of print at present so I'd recommend you contact Kagero directly for availability. Very highly recommended for all modellers!

Review item courtesy of my wallet.