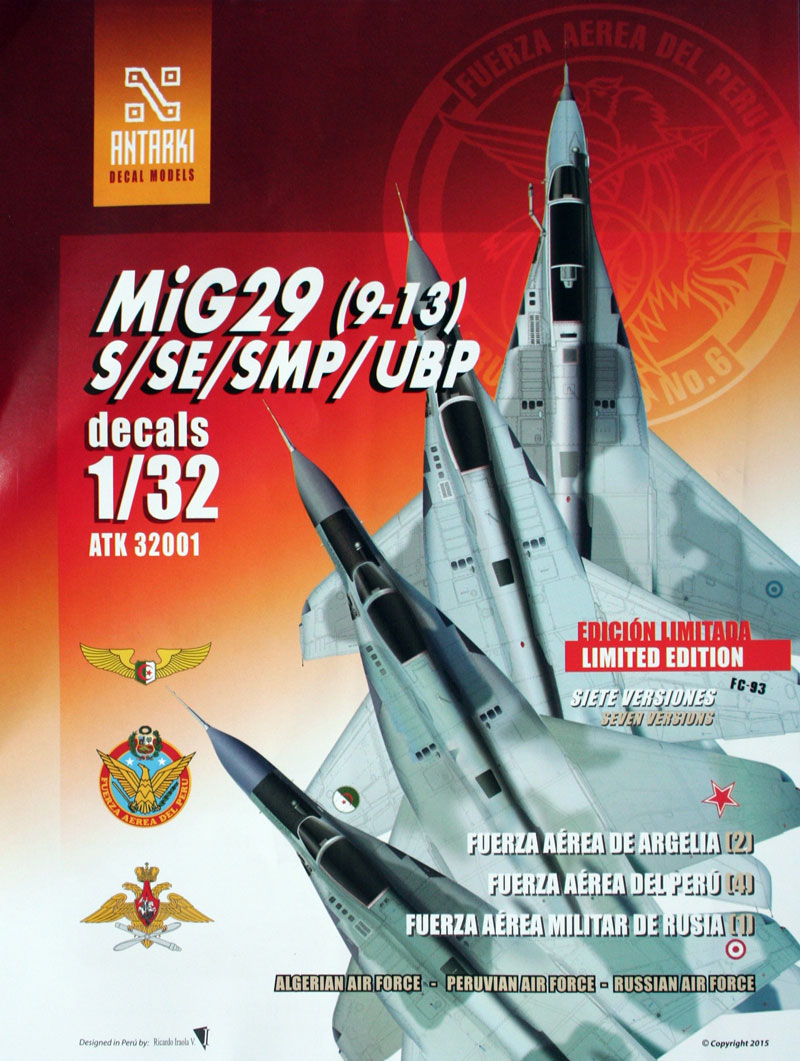 We recently posted a news item regarding some new decals from Antarki of Peru for the MiG29 family of aircraft in 1:32 and we are pleased to now have a copy in our hands for review.

Designed by Ricardo Iraola, the decals are beautifully printed - nice thin film layer, perfect registration and good colour density. The detail on some of the designs is really intricate - and all stencils (a mixture of English and Cyrillic) are clear and readable. 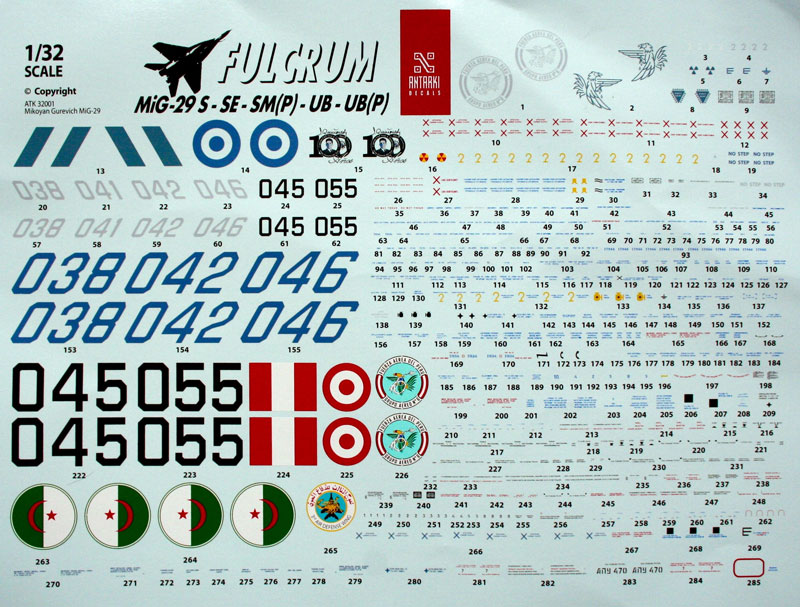 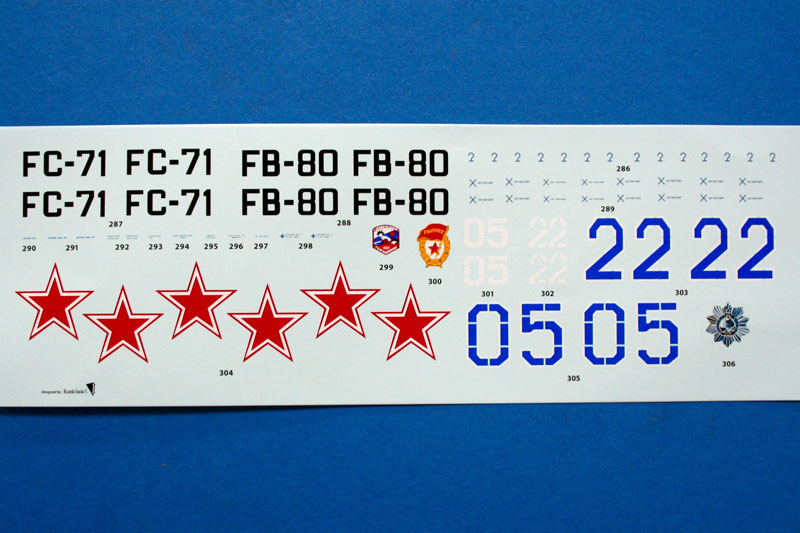 Unfortunately the postal system has bent the sheets a little - but the decals themselves look perfectly useable.

Our review sample came with an overview sheet with QR code linking to their Facebook page, but I've included them below for those that dislike Facebook. I think it's a good idea for them to make these available electronically, rather than print reams of paper which would add to the cost. 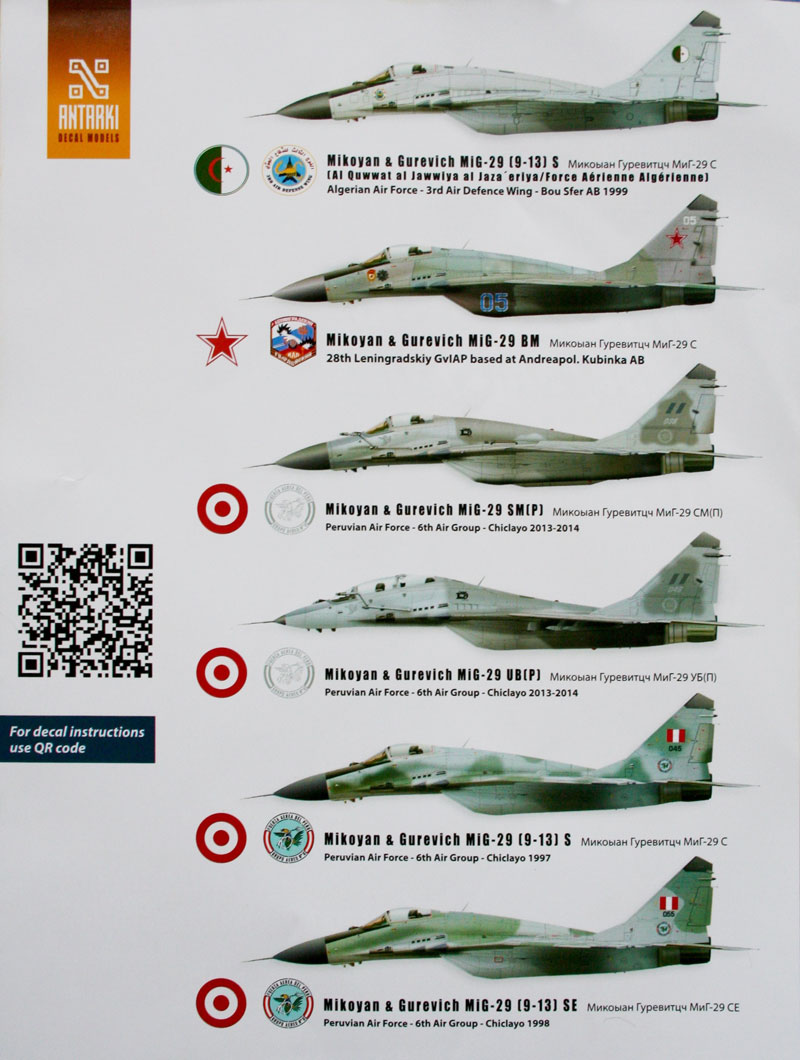 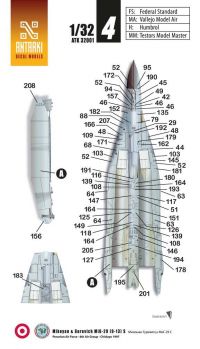 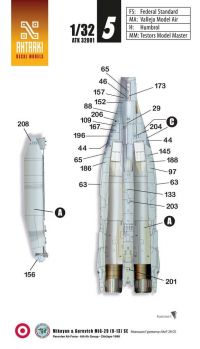 This really is a beautifully designed and printed set that will create a very different looking MiG-29 model. Like many modellers, I'm always looking for something just a little different colour scheme wise and this set ticks that box nicely! Designed for the old Revell kits used in conjunction with the Zactoman correction parts, or the forthcoming new Trumpeter kits.

Antarki can be contacted via their Facebook Page, or via email at antarkimodels@gmail.com.

Review sample courtesy of Antarki - many thanks to Herbert Alcorta.