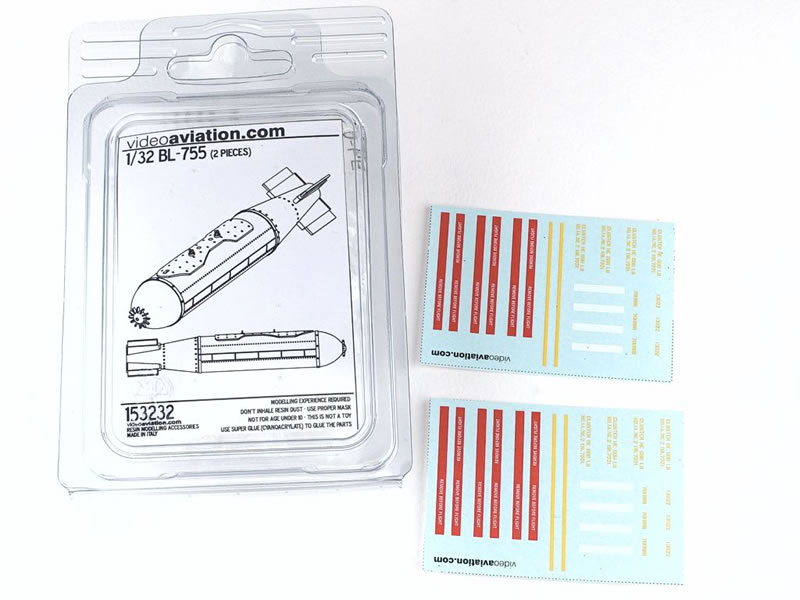 The BL-755 Cluster Bomb was developed by Hunting Engineering Ltd in the UK during the early 1970s, it has been supplied to numerous armed forces, and used in anger by the RAF, Royal Navy, Yugoslavia, Zimbabwe and Iran. They were also supplied to Germany and India.

The Videoaviation set consists of ten wonderfully cast resin parts, the detail and finesse are a joy. A couple of small precise decal sheets of stencils complete the package.

The bombs would certainly add a different dimension to say an Iranian F-4D equipped with four BL-755s from the Iran - Iraq war, or an RAF FGR.2 (when the HK kit hits the streets) equipped with six of the beasties! 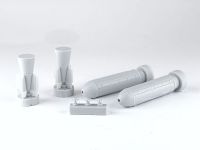 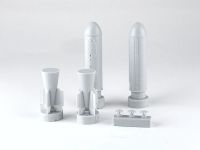 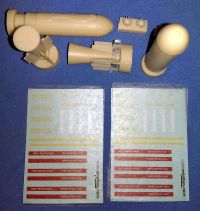 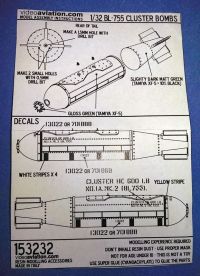