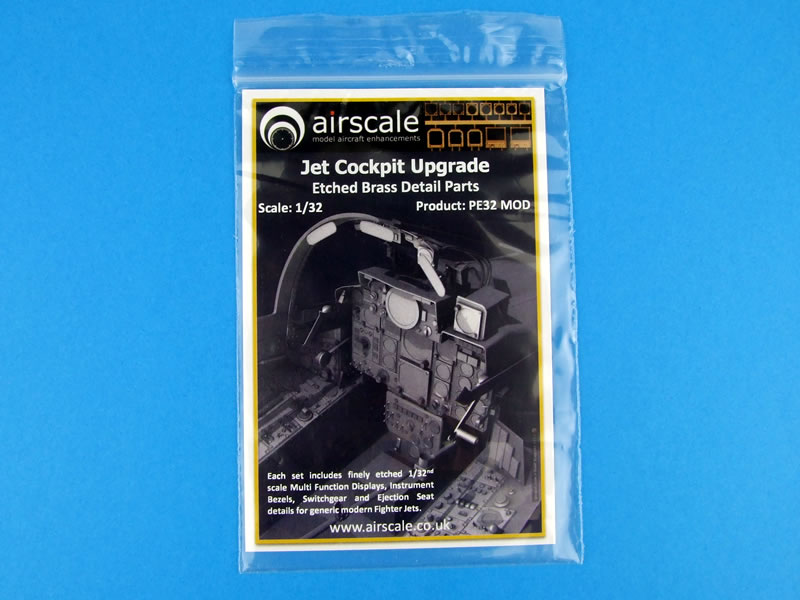 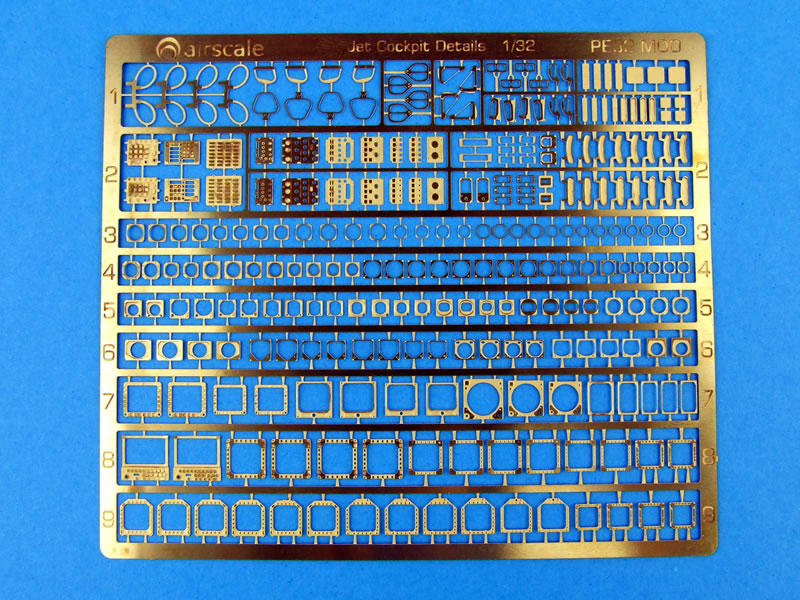 The rear of the insert card contains a legend of parts, which is handy if you're trying to create something accurate, rather than simply improving detail with some creative gizmology. 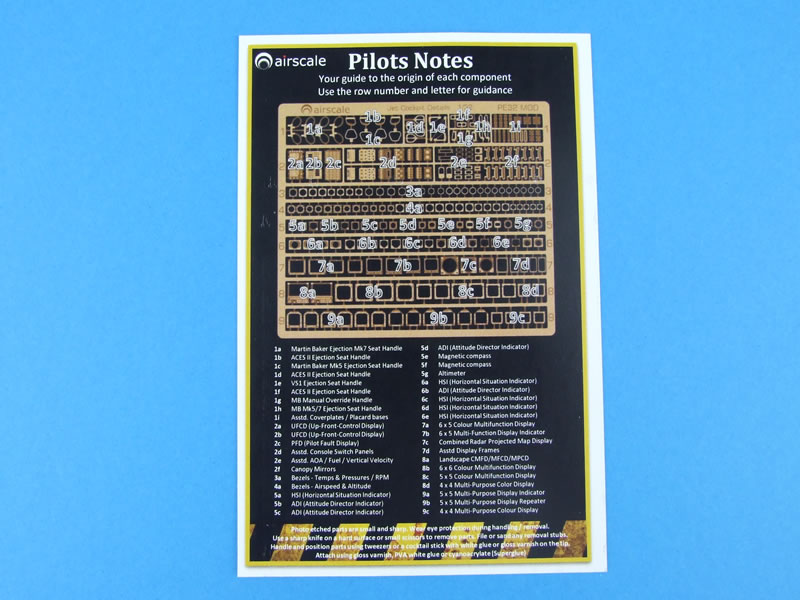 For those of us who like to enhance older kits or indulge in scratch-building projects, sets like these from airscale are invaluable. They can be used generically for a bit of creative gizmology, or they can be deployed to accurately represent actual instrument and cockpit details where appropriate. While I wouldn't dare to suggest that every conceivable option is covered, there should be more than enough here to produce a reasonably accurate and comprehensive set of instrument consoles.

If you enjoy building and improving jet kits, you'd be crazy not to own a set of these photo-etched details. Highly recommended!

Thanks to airscale for the review sample.