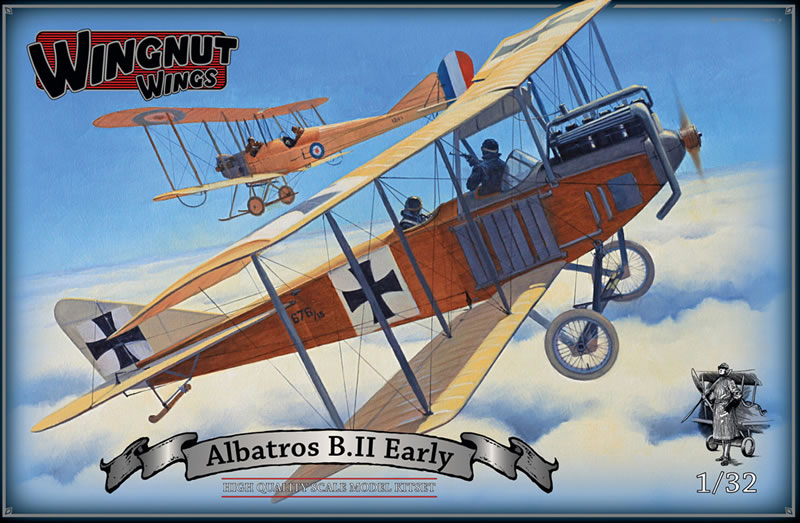 This is a rather modest release compared to some of the company's more recent kits. The full contents breakdown is as follows:

Note that sprues D and E are joined in this kit, and are counted as one above.

There are five sprues moulded in the familiar mid-grey plastic. 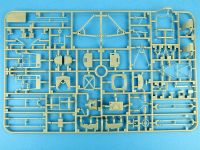 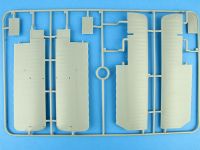 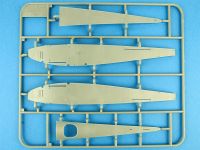 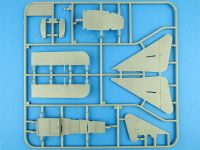 The level and crispness of detail is well up to the usual standard from Wingnut Wings, which is among the best in the business. There's no sign of flash or moulding flaws anywhere, and no ejector pin marks in obvious or awkward places.

The cushioning on cockpit coaming is beautifully rendered: 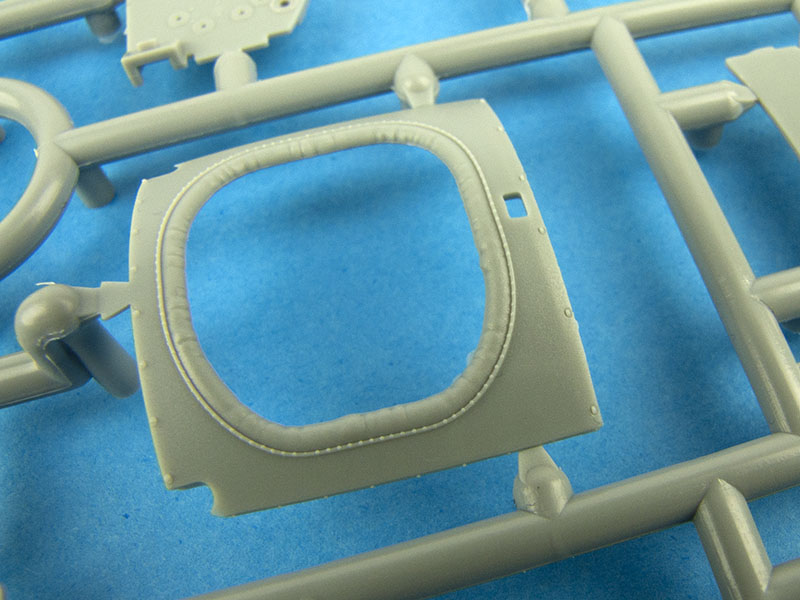 There's also some beautifully moulded lettering on the tyres: 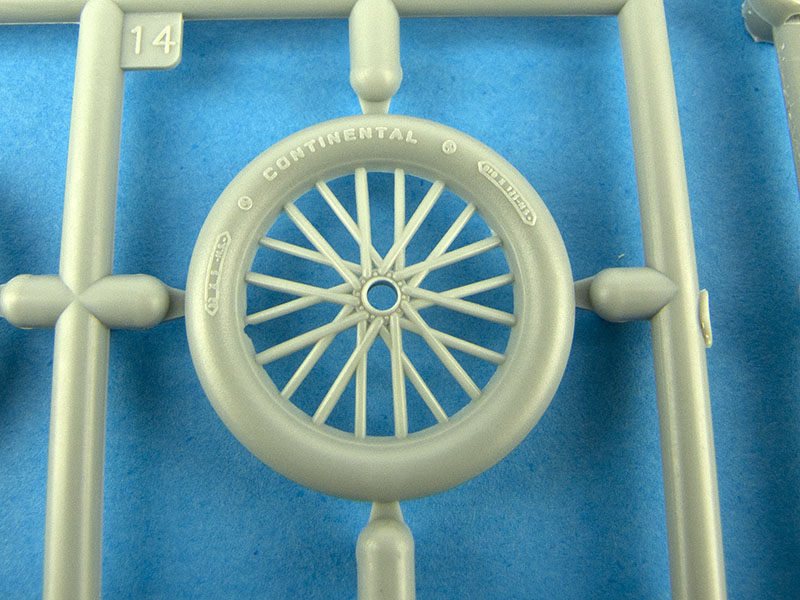 Two sets of wheels are provided. One set has moulded-in spokes to represent uncovered wheels. The second set is moulded open, and can be used either with the relevant parts to build covered wheels, or with the alternate spokes on the photo-etched fret. This gives you two options to represent the uncovered wheel spokes: moulded-in plastic or photo-etched. You'll have to decide for yourself which result looks better, but there's no doubt that the photo-etched route will be more work. The beauty of the method chosen by Wingnut Wings here, however, is that there's no need to cut away the plastic spokes in order to fit the photo-etched alternatives. Very clever!

Some more examples of just how crisp the detail is: 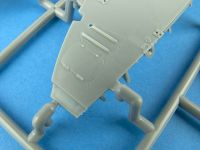 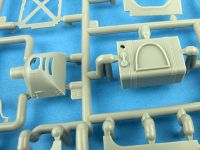 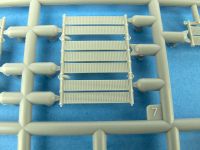 While examining these close-up photos, it suddenly occurred to me that there's one element to Wingnut Wings kits that typifies the company's attention to detail and thoughtful approach to kit design, but also something that I'm sure we all take for granted. I'm referring to the large, clearly-moulded part number tabs. This is a small, almost trivial detail, and yet I've battled kits from other manufacturers where these same tabs were so small, and their moulded-on numbers so faintly-moulded, that I could barely use them to identify parts. A small detail, certainly, but my fading eyesight appreciates it!

The clear parts are furnished on one small sprue: 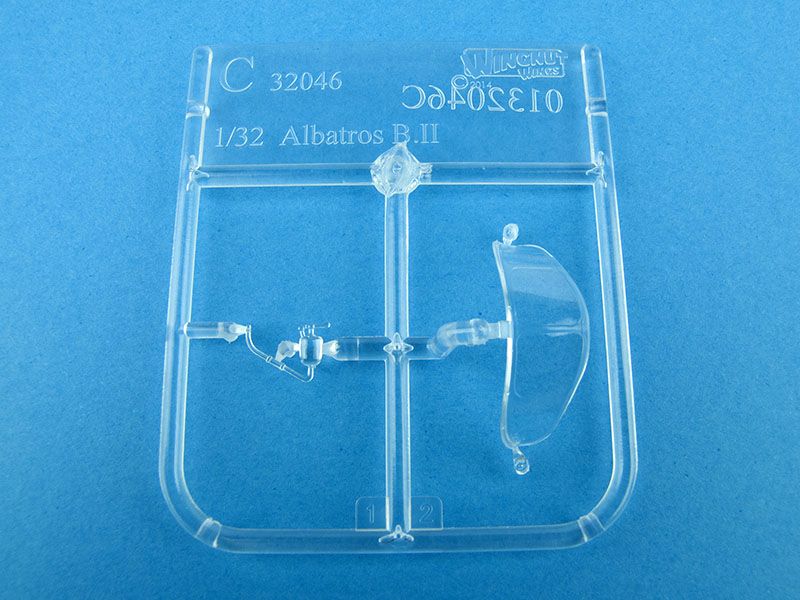 That represents one of largest windscreen parts I've yet seen in a Wingnut Wings kit! 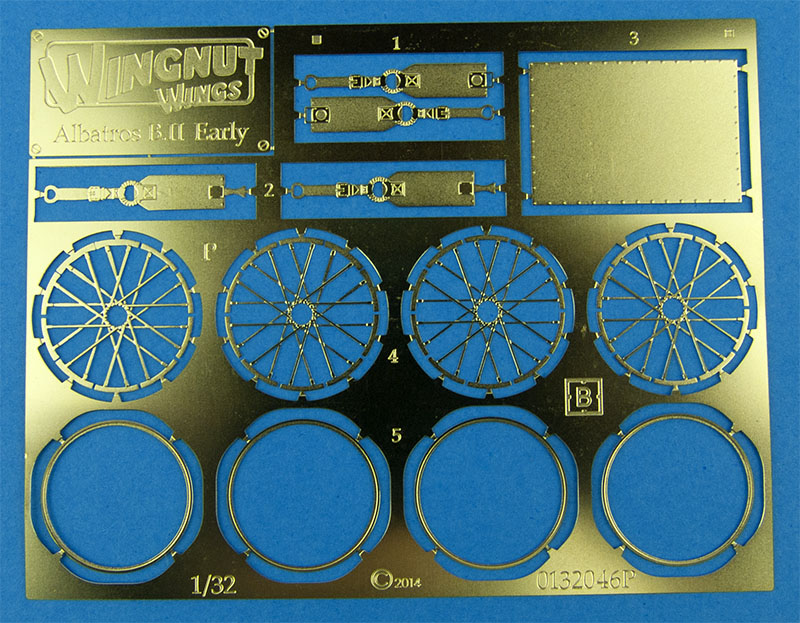 This consists mainly of seat belts, and the aforementioned wheel spokes.

The decals are contained on two large sheets. One contains mostly national insignia and sundry markings, while the other is notable for a rather impressive set of wood grain panelling decals: 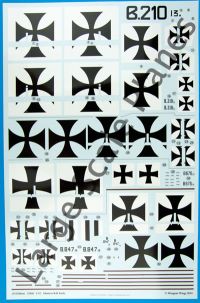 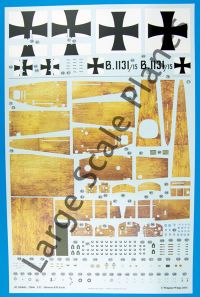 These are exquisitely printed by Cartograf in Italy, and exhibit perfect registration, finely-printed details and no obvious signs of translucence. The wood grain panels are especially impressive: 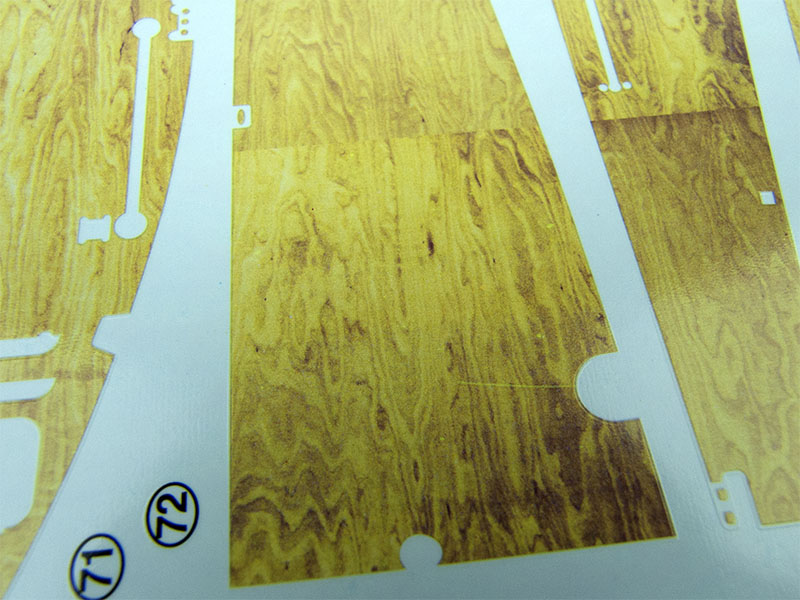 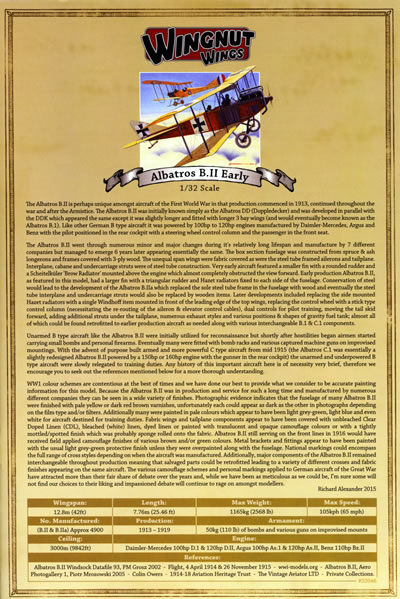 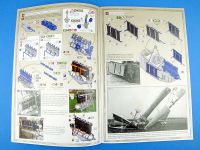 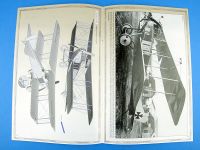 This release represents everything we've come to expect from a Wingnut Wings kit: exceptional moulding quality, excellent detail, superb decals and industry-leading documentation. What more could you ask for? Highly recommended.