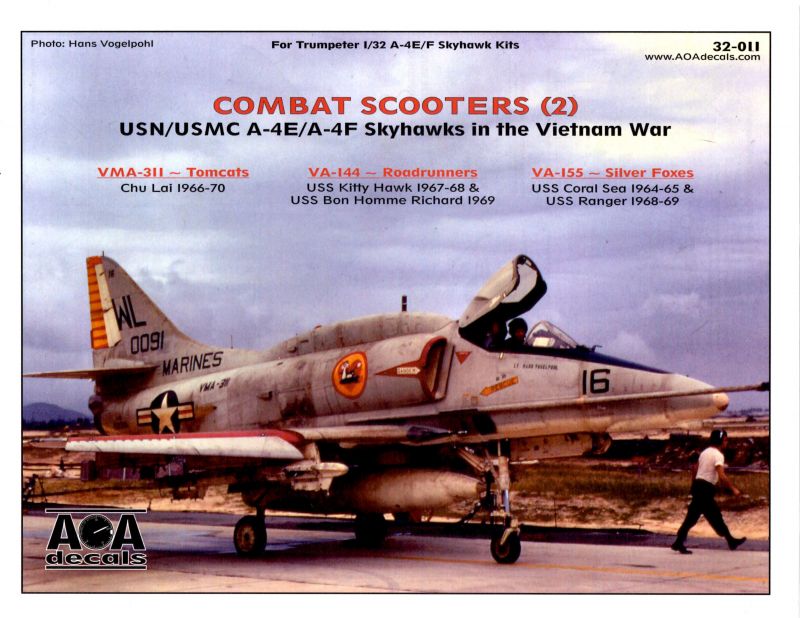 AoA Decals Combat Scooters (2) brings the large scale Skyhawk lover even more colorful and historically accurate Skyhawk markings on this sheet, lets take a closer look at what this decal set can do for your Skyhawk!

The Markings for the Bulldogs and Roadrunners aircraft include two different options for their respective squadron markings, one with and one without the outline so a modeler can decide what is appropriate for his or her model based on personal taste. The subjects chosen for each aircraft on this sheet are both interesting visually and have great combat histories associated with them as well.

All markings options are explained in detail on each profile and variations for markings specific to an aircraft are called out in detail. 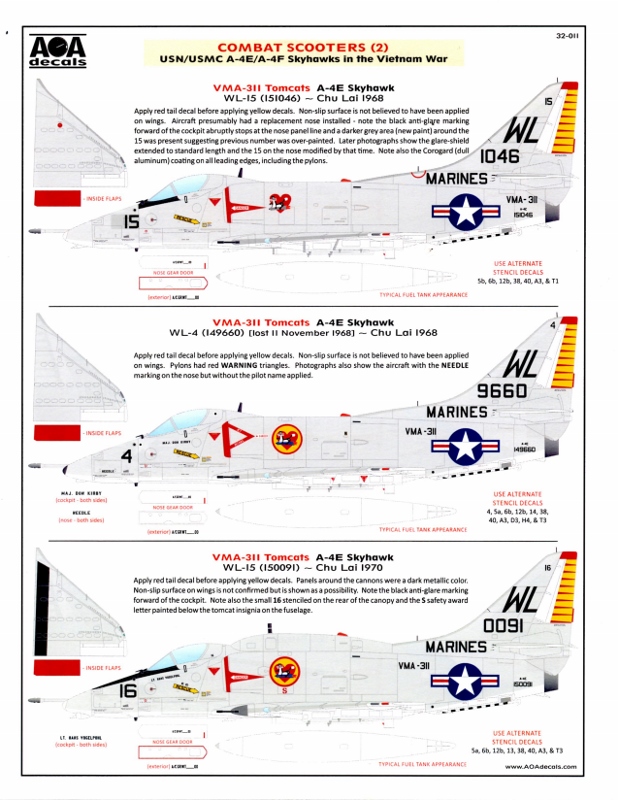 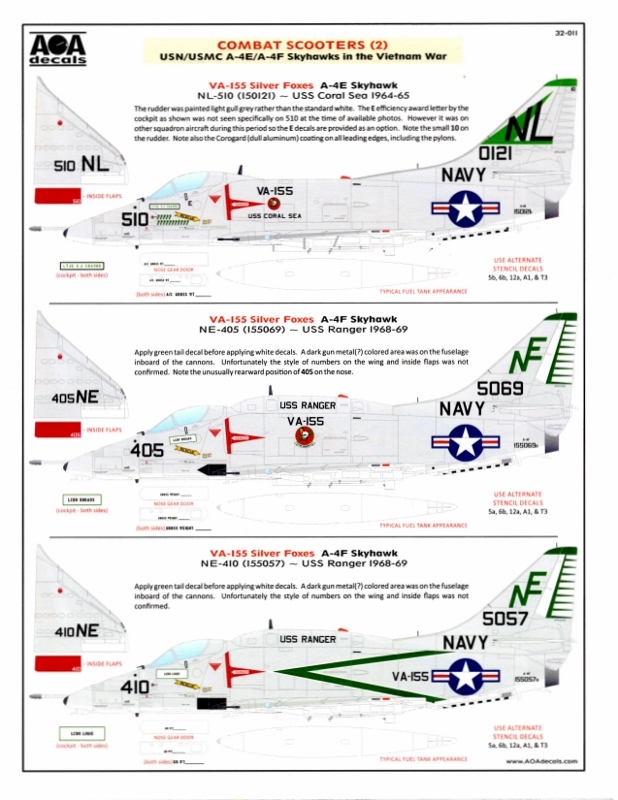 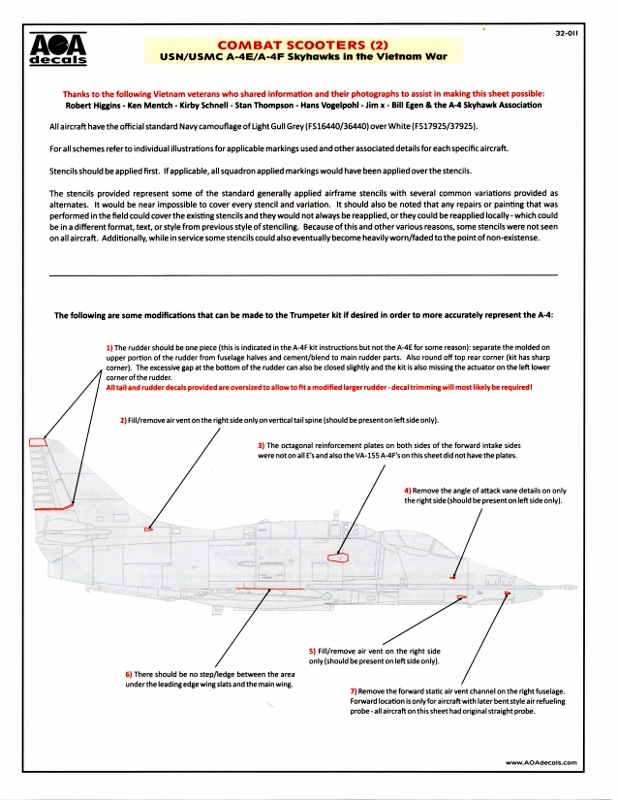 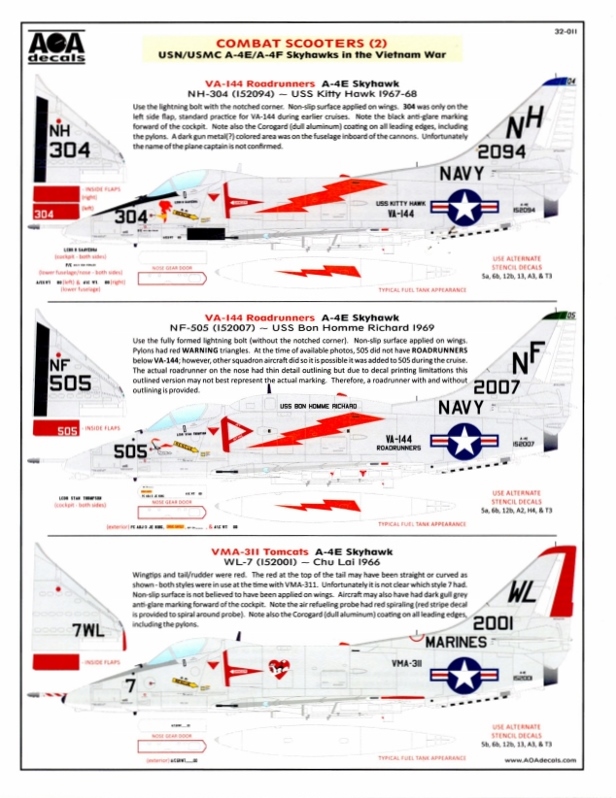 The decals are printed by Cartograf, are thin, very sharply detailed, the tiny stencils are legible under magnification. The carrier film is so minimal you have to look for it on the backing sheet, really nicely done. You will notice that one of the stars and bars on the sheet appears deformed, this is to allow it to drape over the refueling probe fairing on the right side of the nose. Careful application will see this part fit just right. 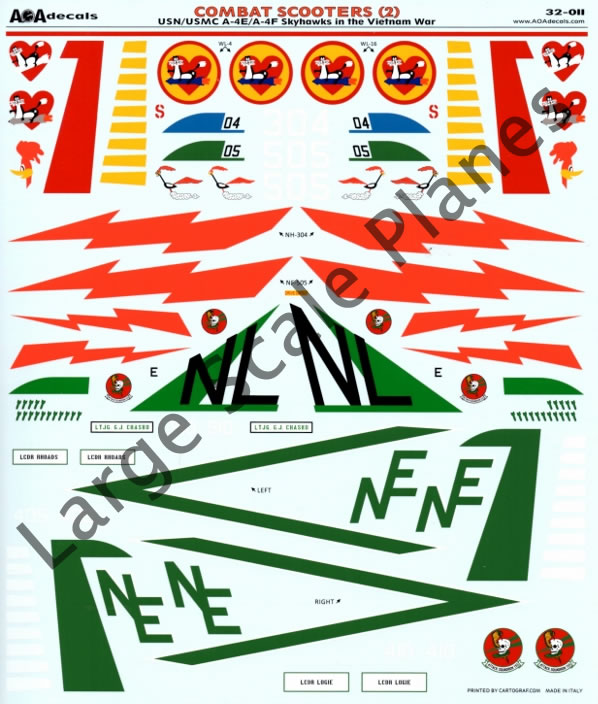 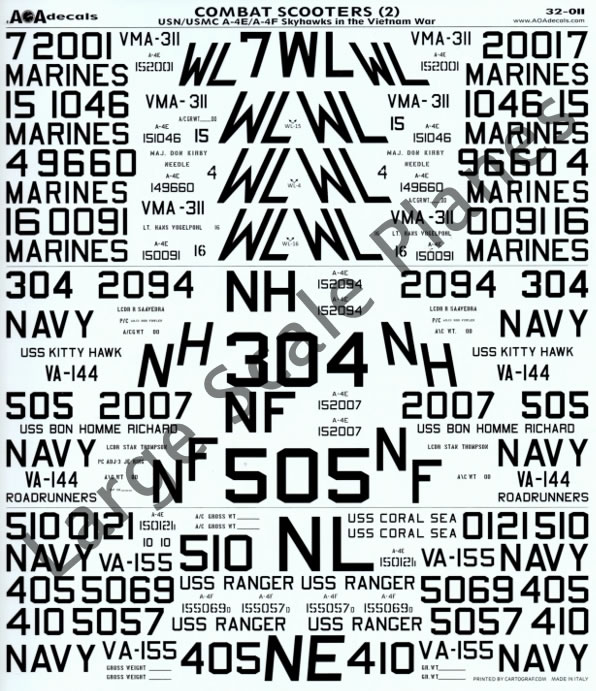 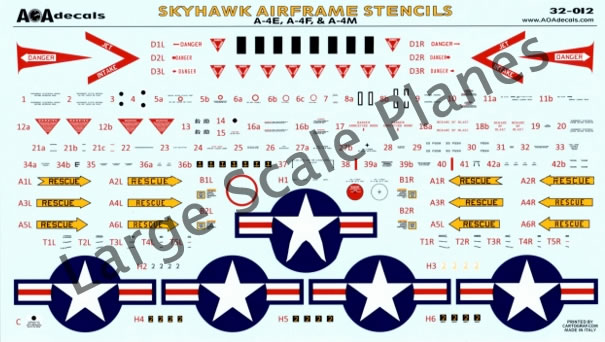 Once again AoA has brought out a set of decals that truly follow the companies standard for excellent research, interesting subjects, incredible attention to detail and an outstanding set of decals.

Thank you to AoA Decals for the review sample.