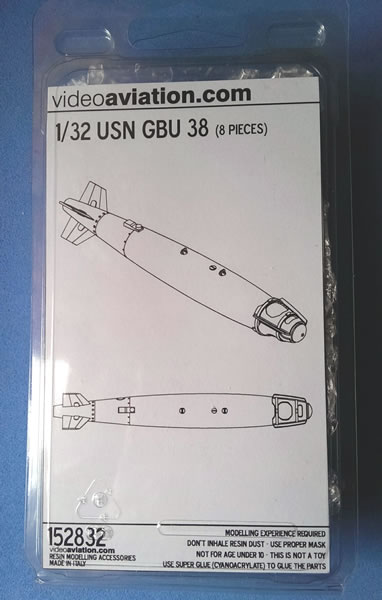 The GBU 500lb JDAM (Joint Direct Attack Munition) uses the Mk 82 body with the JDAM guidance system, it was first used operationally in Iraq in 2004. The Navy version differs from that used by the US Air Force, in that the nose is different, blunter.

The Videoaviation set provides eight bombs, very nicely cast in cream resin, the detail throughout is breathtaking, from the finess of the lugs, to the rough textured surface detail on the bomb bodies, also included are protective end caps for the bombs, which they wore at all times aside from just prior to a mission. Rounding out the set is a small set of decals providing stencils for each bomb. 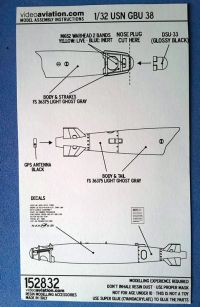 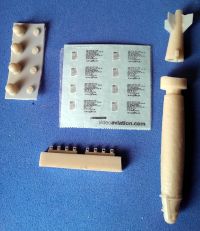 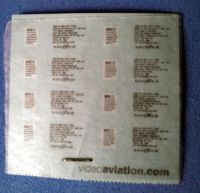