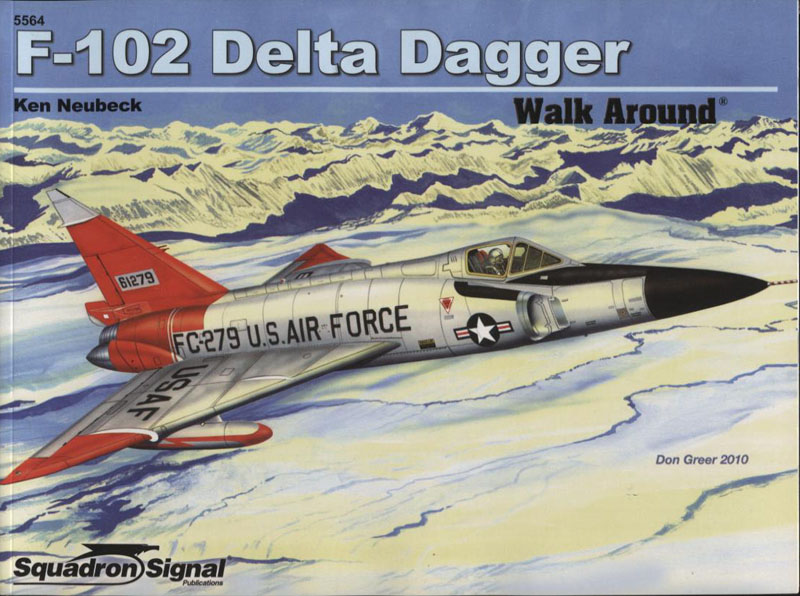 I've been purchasing the Squadron/Signal walk around books as long as I can remember, and probably have almost every one that's ever been printed. One of the latest that I've purchased, is this book on the Convair F-102. Authored by Ken Neubeck, this book, as the name implies, takes a look at the details of this rather spiffy cold war fighter/interceptor. (I've long been a fan of delta winged machines, so this book is right up my alley.)

One area that's rather surprisingly sparsely covered, is the cockpit, with but two pages of coverage, one of which is the TF-102 'pit, and only one photo of the Weber Aircraft ejection seat. The Engine, Pratt & Whitney J-57 (mistakenly referred to as the Pratt and Whitley), also has but one photo. Missile bays and Falcon air to air missiles are also only covered briefly.

This publication, like most (but not all) titles, is a nice blend of black & white and color photographs, and as the title implies, is predominantly detail oriented. All books in the series are printed on good quality glossy paper, which I also consider to be a big plus in their favor. The book is also interspersed with various component illustrations and color profiles. To me, the brilliant artwork and illustrations by Don Greer are one of the very strong points of many a Squadron/Signal publication, and add a great additional dimension to the overall appeal and value of the volumes.

Worthy of note is the fact that the rear cover illustration, was also used as the cover art (slightly re-worked), for the Encore re-boxing of the Monogram F-102, which I am very fortunate to own one of.

All things considered, I view these walk around books as not only being good value, but see them as making an excellent primary or supplemental reference. While there are, in certain instances, books that cover these subjects better and in more depth, the overall impact and quality of these volumes, makes them quite desirable references unto their own, and are therefore highly recommended. This particular volume was a bit of a let down for me personally, as I would really have liked to have seen more extensive coverage of the 'pit and missiles/bays/launch rails, but perhaps Daco or similar will come to the rescue there.

Review copy compliments of my own pathetic wallet. 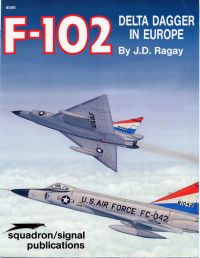