This sheet provides the A-4 Skyhawk airframe stencils for one aircraft in the high-visibility Navy light grey/white camouflage scheme. The Skyhawk's stenciling varied (even from aircraft to aircraft within same squadron and time period) - it would be near impossible to capture every style and variant. This sheet captures one of the most typical overall appearances for the smaller text based stencils, while also providing several of the more common variations, in some cases multiple options are provided of one marking. 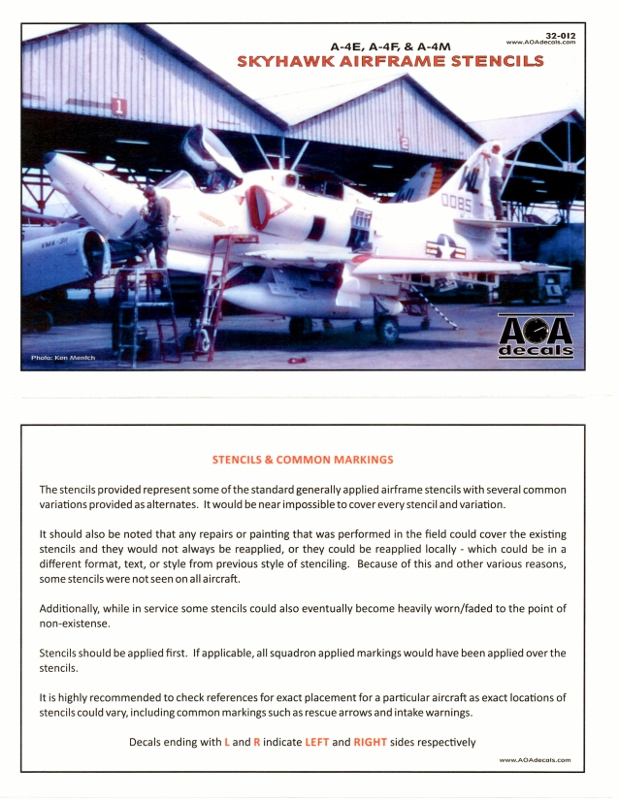 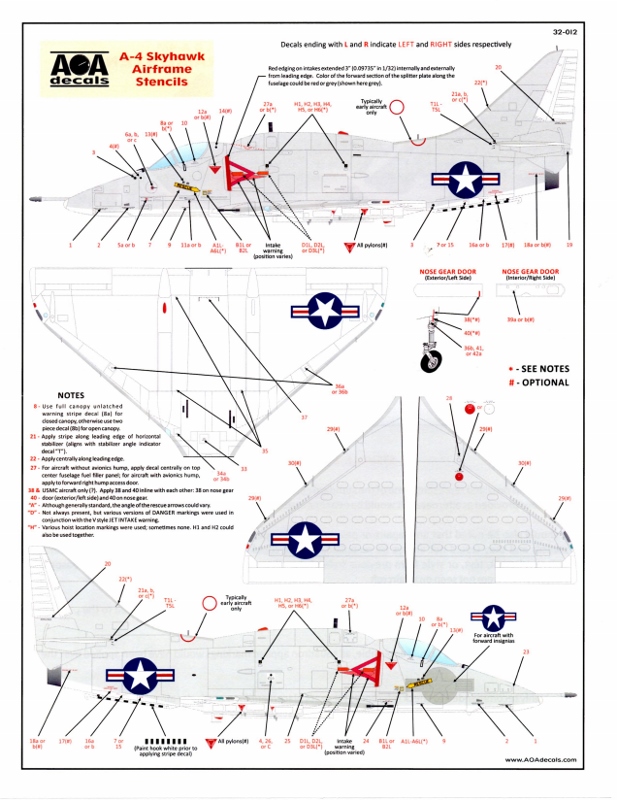 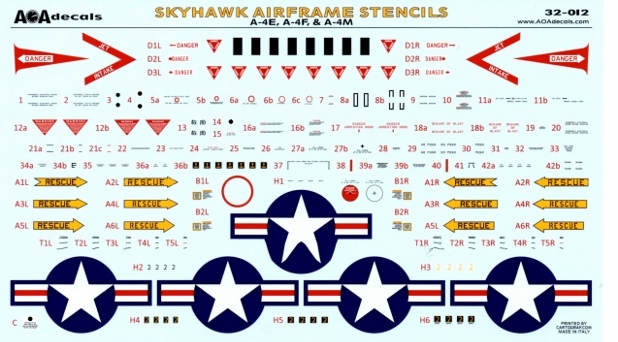 These decals are a great stand alone stencil set or even better, a direct replacement for the kit supplied stencil data.

Thanks to AoA Decals for the review sample.