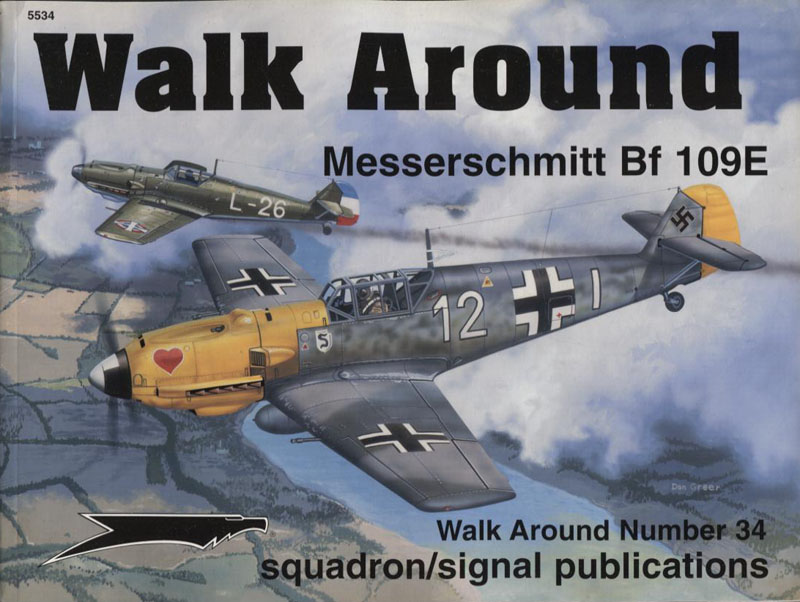 The Messerschmitt Bf 109E was the backbone of the Luftwaffe fighter force during the Blitzkrieg (Lightning War) campaigns between 1939 and 1941. This type saw combat in Spain with the Legion Condor during the Spanish Civil War, participated in the invasion of Poland in the Fall of 1939, and was successful over the French skies in the 1940 Western Europe cam­paign. During the Battle of Britain in the summer of 1940, the Emil (E in the German phonet­ic alphabet) clashed with the Supermarine Spitfire - the first enemy opponent that was equal or superior in performance. The Bf 109E also saw service in North Africa and the Balkans and participated in Operation BARBAROSSA, the German attack against the Soviet Union in June of 1941. Bf 109E's served in the fighter-bomber role on the Eastern Front until early 1944. The few surviving Emils assigned to training units served well into late 1944. The Emil was the first Bf 109 variant powered by the DB 601A powerplant developed by Daimler-Benz AG at Stuttgart-Untertiirkheim in Southern Germany. The DB 601A inverted 12-cylinder, liquid-cooled, inline engine had a take off rating of 1175 hp. The first ten pre-series Bf 109E-0 aircraft were manufactured at the Messerschmitt plant at Augsburg in Bavaria. These aircraft made their initial flights during the second half of 1938. The first two production Bf 109E-ls (Werk Nummern/Factory Numbers 1791 and 1792) were manufactured at Augsburg, while the other 12 Emils of the initial production batch were man­ufactured at other sub contractor locations.

I've been purchasing the Squadron/Signal walk around books as long as I can remember, and probably have almost every one that's ever been printed. One of the many that I've had for a while (roughly 2005, as I recall), is this book on the Messerschmitt Bf 109E. Authored by Hans-Heiri Stapfer, this book, as the name implies, takes a look at the details of this rather spiffy WWII German fighter. (I've long been a fan of the early Messerschmitt fighters, so this book is right up my alley.)

This volume has ample coverage of the cockpit and IP, as well as landing gear, weapons, engines, and various exterior details.

There are more than the usual amount of colorful profiles in this particular release, and I, for one, am happy to see that.

Having plenty of Bf 109E references already, but always willing to have more, I was tickled silly to see this title released, and it is indeed a handsome and handy bit of reference too. I've grown accustomed to the Squadron/Signal approach, and accept the limitations imposed by the brevity of their publications, in this case 80 pages. Still, I consider them all to be great value, and worthwhile additions to my personal library.

This publication, like most (but not all) titles, is a nice blend of black & white and color photographs, and as the title implies, is predominantly detail oriented. All books in the series are printed on good quality glossy paper, which I also consider to be a big plus in their favor. The book is also interspersed with various component illustrations and color profiles. To me, the brilliant artwork and illustrations by Don Greer are one of the very strong points of many a Squadron/Signal publication, and add a great additional dimension to the overall appeal of the volumes. 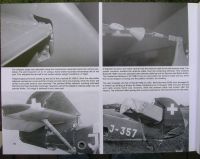 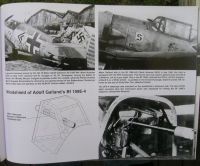 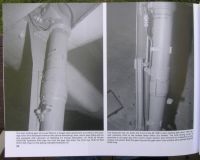 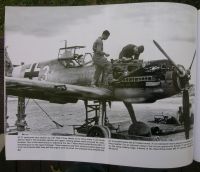 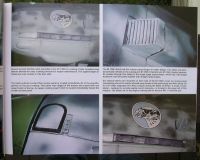 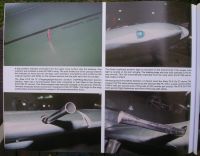 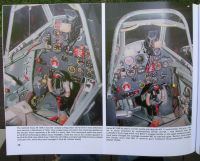 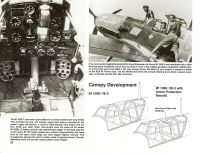 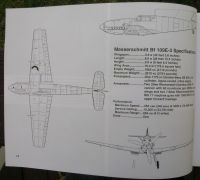 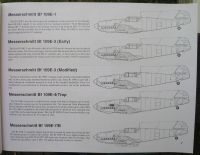 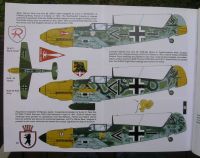 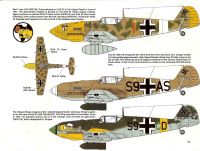 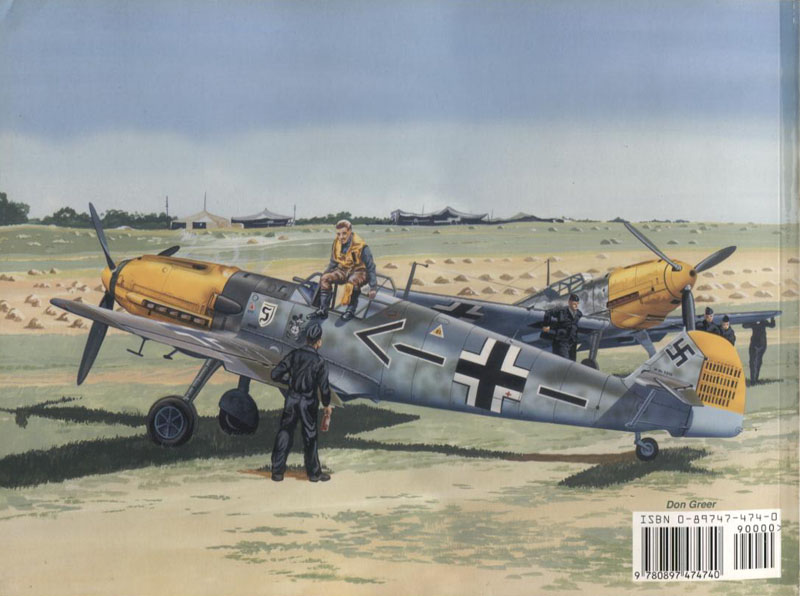 All things considered, I view these walk around books as not only being good value, given their (to me) reasonable cost, but also see them as making an excellent primary or supplemental reference. While there are, in certain instances, books that cover these subjects better and in more depth, the overall impact and quality of these volumes, makes them quite desirable references unto their own, and are therefore highly recommended.

If you have even but a passing interest in the Bf 109, I'd heartily recommend this book.

Review copy compliments of my own beleagured wallet. 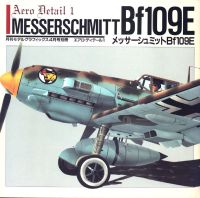 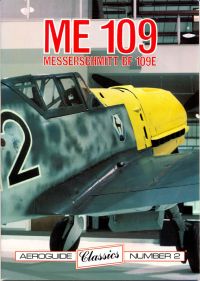