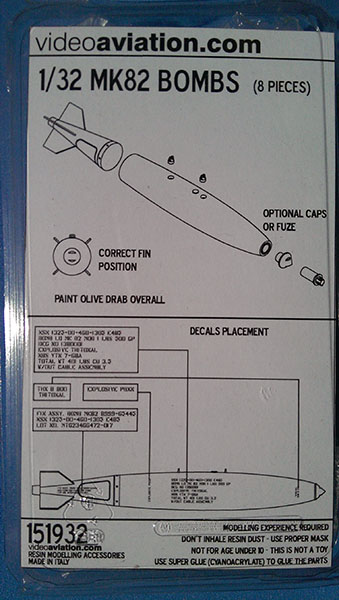 Originally developed in the 1960s the MK82 AIR is a 500lb bomb modified with a high drag tail assembly, a ballute air bag deploys from the tail allowing a high speed, low level delivery capability by quickly slowing down the bomb, allowing the aircraft to escape the blast zone, and is still being used today.

The set from Videoaviation has 48 very nicely cast cream rein parts allowing eight bombs to be modelled - there is an option of an end cap or short fuse for each bomb. The fins on the bomb are superbly cast, very thin, very nice. 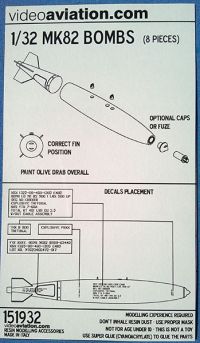 Rounding off the set is a small decal sheet, with stencils for all eight bombs, a very classy package indeed.