Czech firm HGW has extended its growing range of microtextile seat belt sets with a new set for the Kitty Hawk P-39Q/N kit. This set appears to differ markedly from the earlier release for the extant Special Hobby kit, though it's possible that that set could be adapted for the newer kit. In any case, this set targets the newer kit from Kitty Hawk specifically, and we'll examine it in that context.

In common with all its recent sets, this one consists of a fret of soft, paper-like material ("microtextile"), into which is laser cut the seat belt straps themselves. These are pre-coloured and feature some very fine printed stitching on the straps.

Also included in the set is a small fret of photo-etched buckles and restraining hardware. This has been produced by Eduard, though it's dated 2011, and labelled "HGW 002 US Seatbelts (late)", so it's likely that this is a generic fret for use across a range of subjects. There are certainly more buckles here than you need to complete this set of belts!

I bought this set to use on my own build of the Kitty Hawk P-39, and so can report that assembly is tricky, but rewards a careful and patient approach. The assembly diagrams are provided on a separate insert card:

Note that the textile parts are coded with red numbers, while the photo-etched parts are denoted by blue numbers. It pays to examine these diagrams carefully, and test the orientation of the various parts before committing them to glue. I used CA glue throughout on mine.

Just one word of caution, however: the numbering sequence for the photo-etched parts in the instructions is slightly wrong. Parts 7, 8, and 9 should in fact be labelled 6, 7, and 8 respectively. This threw me off at first, but once your realise what the problem is, compensating for it is not a major problem.

I find that the best approach with assembling these types of seat belts is to work methodically, identifying a particular sequence of components you can assemble in a single pass, and then taking a break once you've achieved that. It's tedious work, and benefits from some optical enhancements! I managed to assemble my set during several sessions over the course of an afternoon.

One important point to make that isn't always clear with HGW's seat belt sets, is that the microtextile material is affixed to a paper backing, which needs to be carefully peeled away before working with the straps. Inadvertently leaving the backing in place will not only make the belts at least twice as thick as they should be, but also make them significantly more difficult to work with - not to mention, almost impossible to thread through the photo-etched buckles. I use a #11 blade or a razor blade to separate the two layers, but I really think the need to do this should be more explicitly addressed on the provided instruction card.

The instructions recommend that you scrunch up the textile belts to reduce the stiffness of the material, prior to installing the hardware. I've never plucked up the courage to do this, as I fear that it would make fitting the buckles more difficult, so my examples below were assembled without this extra step.

Firstly, here's a close-up of one of the assembled lap belts: 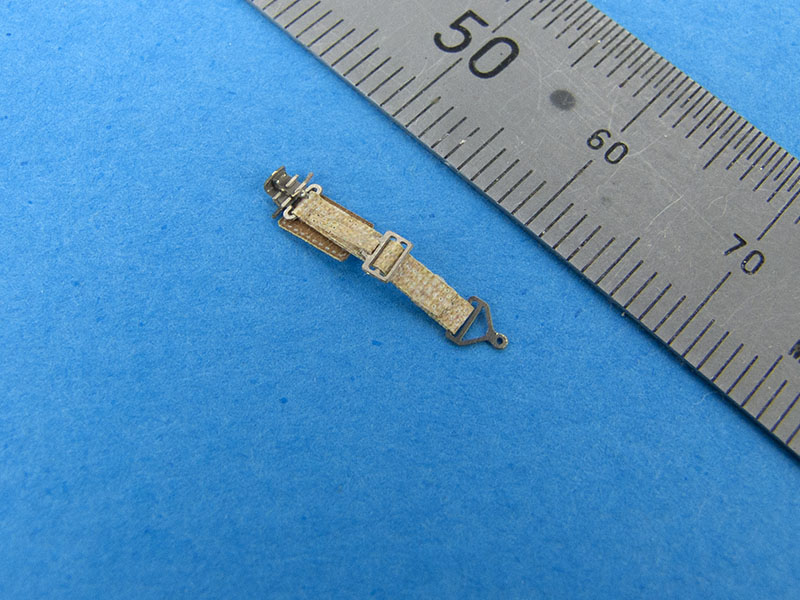 Even without scrunching, the result is satisfyingly convincing, with lots of busy detail, and a dimensional heft that PE-only solutions simply can't match.

The photo below shows the complete set, installed on the kit seat, but prior to any washes or weathering effects being applied: 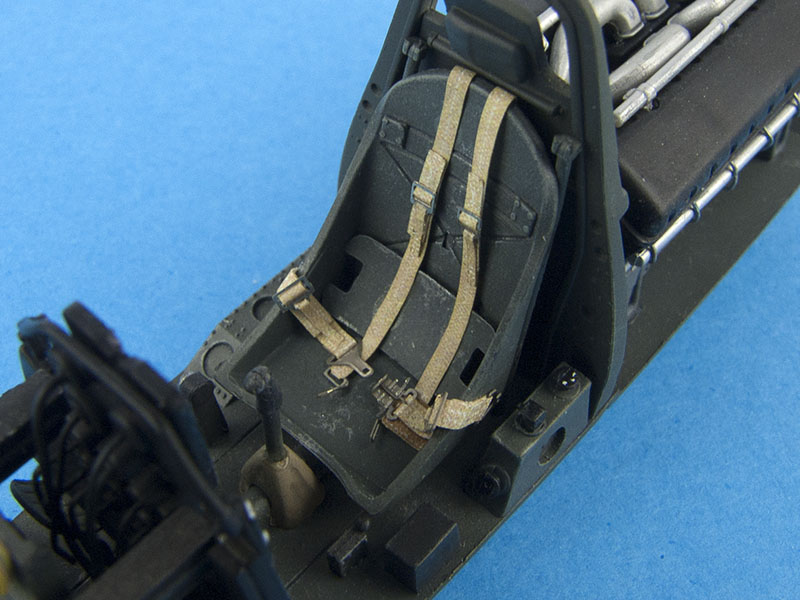 Overall this is a very nice addition to the HGW range, and a handy upgrade for the Kitty Hawk P-39 kit. The belts themselves take some care and patience to put together, but the result represents a significant improvement over the kit-supplied photo-etched seat belts. Recommended!

I bought my set directly from the HGW website.