AOA Decals New sheet for the Kitty Hawk T-28 brings the large scale plane builder even more colorful and historically accurate markings on this sheet. Let's take a closer look at what this decal set can do for your T-28 project!

Eighteen marking options included. Although none are specifically marked with the US national insignia, many of these were also US operated/maintained under the disguise of other nationalities as part of the "secret" war outside of Vietnamese borders.

All markings options are explained in detail on each color profile and any variations for markings specific to an aircraft are called out as well, so read your directions twice. One thing I really appreciate With AOA Decals is that they take the time to list pretty comprehensively what changes if any would need to be made to the kit to help make an accurate model. There is also an extensive set of stencils for the aircraft. 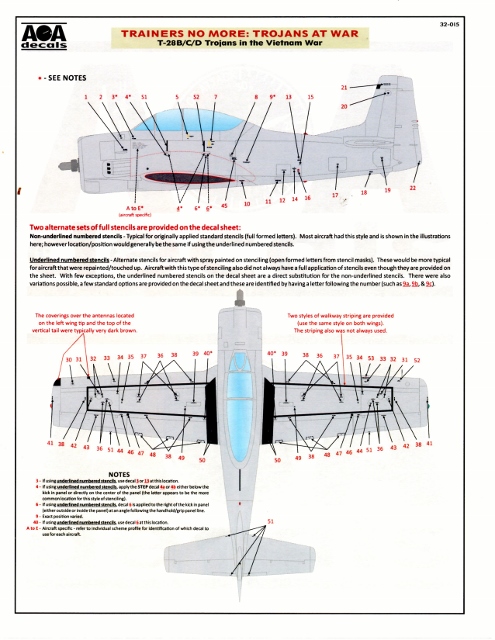 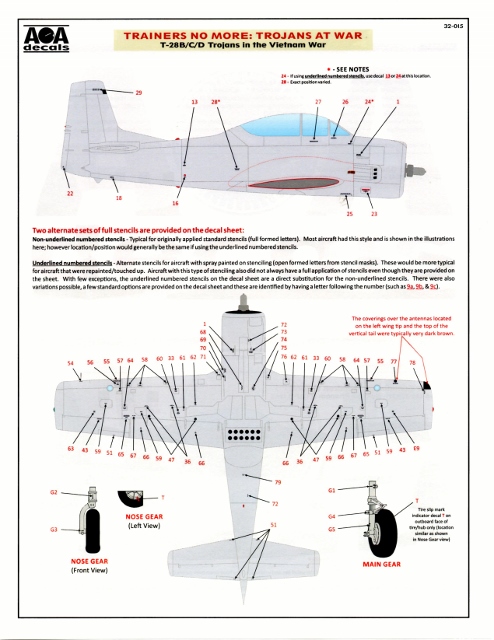 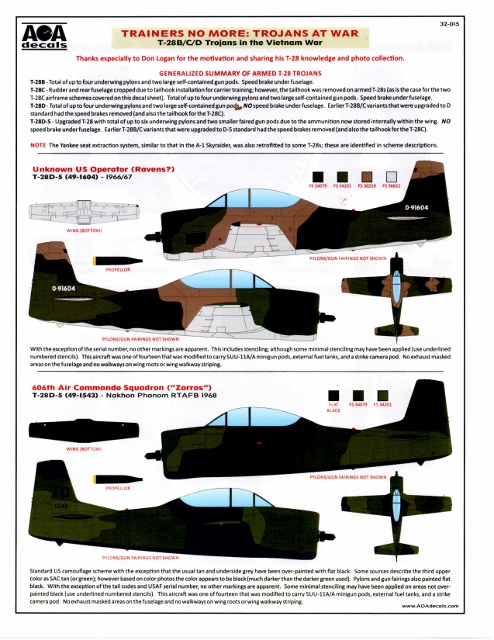 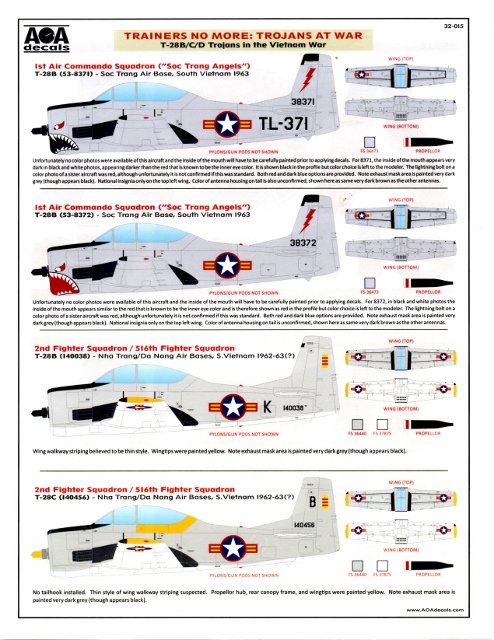 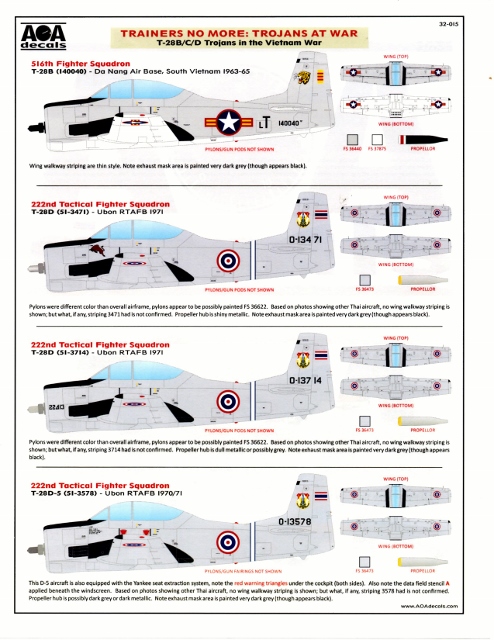 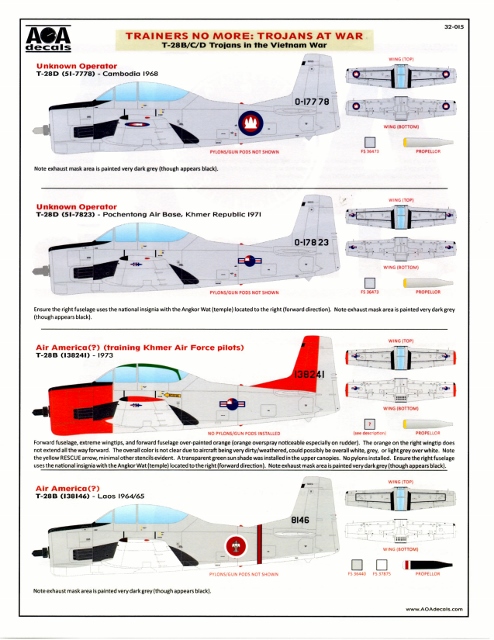 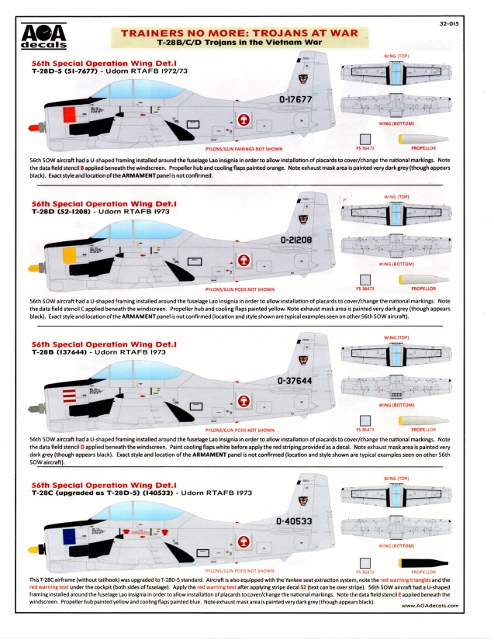 And finally an addendum sheet for one of the aircraft, be careful when opening your decals, it is small and may fall out without you seeing it.

The decals are printed by Microscale, are thin, and very sharply defined. The tiny stencils are legible under magnification. The carrier film is so minimal you have to look for it on the backing sheet, really nicely done again AOA. 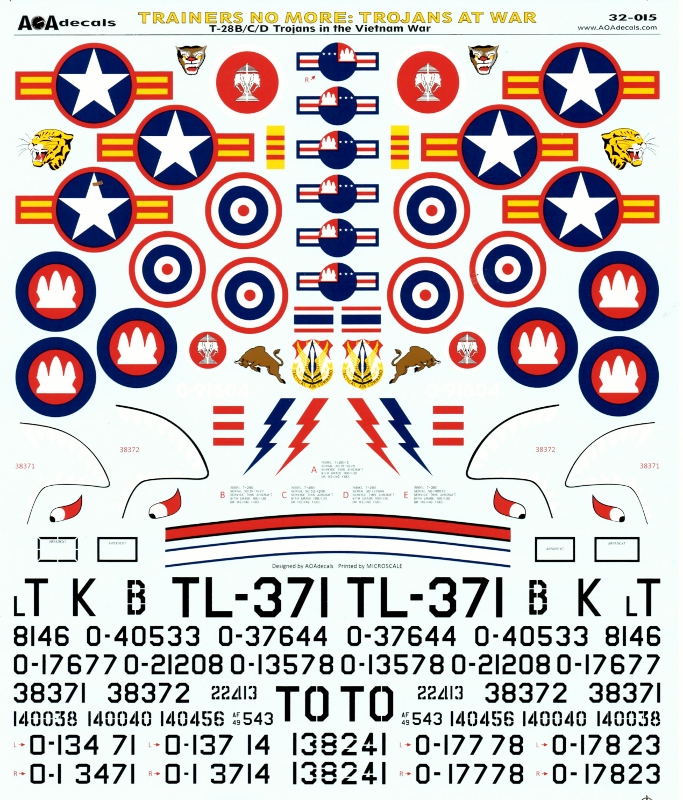 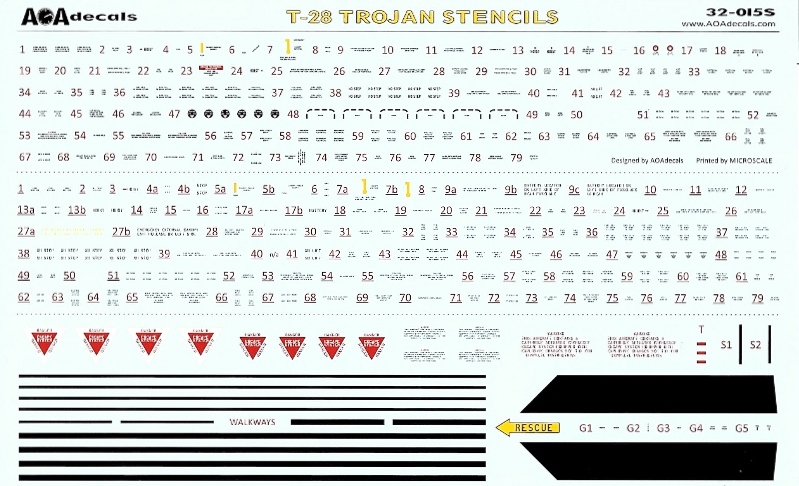 Once again AOA has brought out a set of decals that truly follow the company's standard for excellent research, interesting subjects, incredible attention to detail and an outstanding set of decals. I know a lot of folks were waiting for years for a great T-28 to come along, now we are blessed with fantastic markings options too!