MDC has released a set of replacement MG151 20mm Cannons that can be used as a direct replacement for any Luftwaffe aircraft that used the MG151 which includes the Bf 109G-6 as well as all variants of the Focke Wulf Fw 190. However displaying them INSIDE a model will probably only be do-able in the wingroot positions of the Fw 190 series. Although the "Kannonboot" of the 109G (R-6) series carried these guns the in underwing gondolas and could be shown with some tricky surgery to the gondolas themselves. But as diorama accessories they are a clear natural fit.

These guns are a delight and are far more detailed than any kit's offering of these guns. The turned brass barrels are the highlight and are superb. There is a locator pin in the back end of the barrel that insures a tight fit and clean line up of the barrel to the gun body.

They are sold in sets of two. 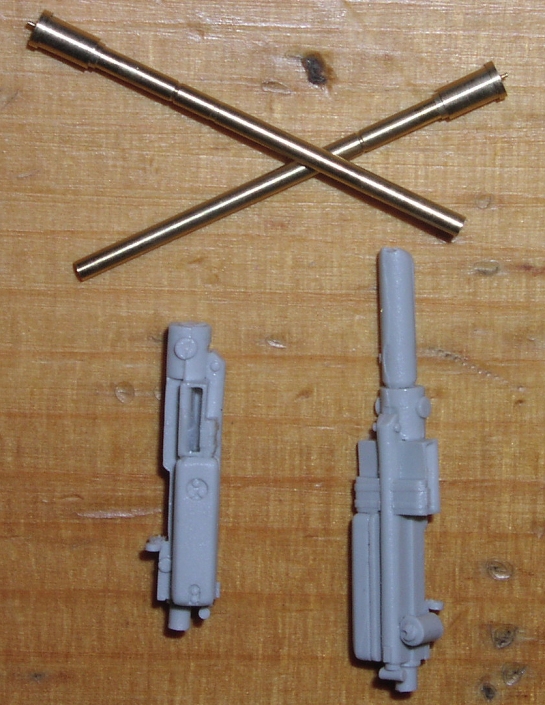 Thanks to MDC for the review sample.