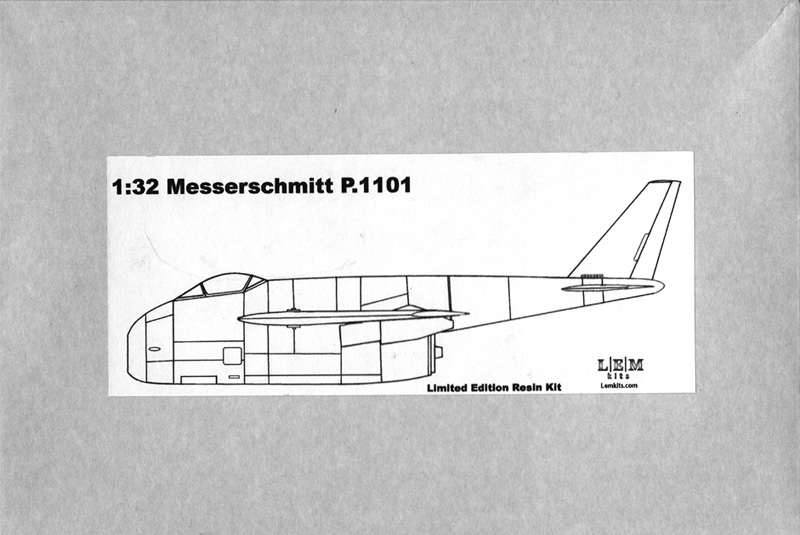 Here is a recent release by LEM of the 1/32 Me P.1101 late war jet aircraft. It is a nearly all resin kit, the only parts not resin being a vacuform canopy (thankfully two provided), a small film for the instrument panel, and some vinyl tires. 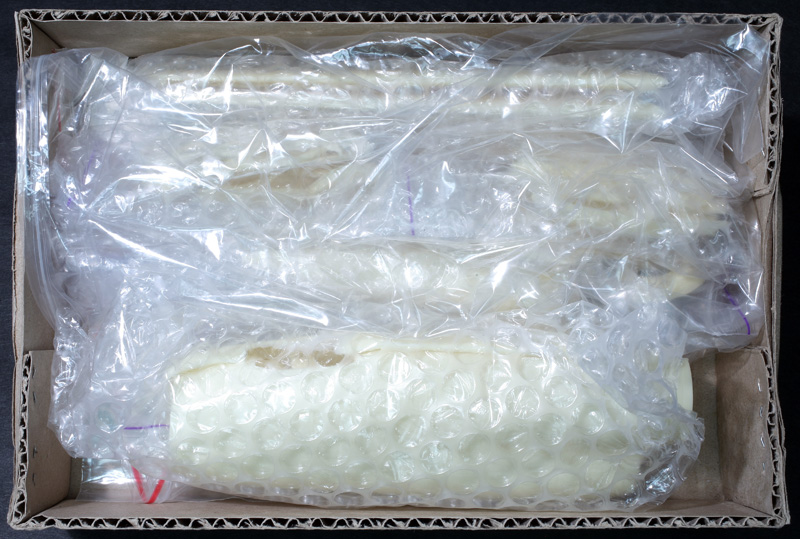 The kit is nicely cast in a yellowish resin, delivered in a cardboard box well packed with lots of bubble wrap. 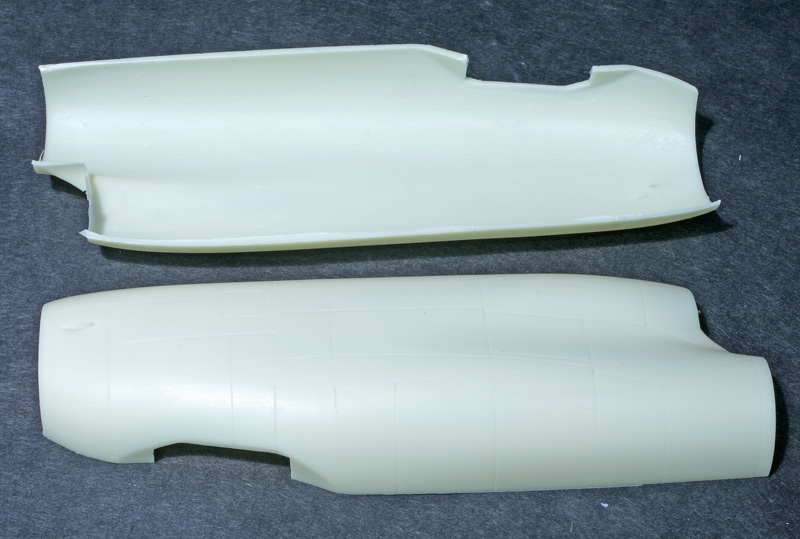 The casting is very good, with a two-piece front hollow and thin fuselage and a one-piece rear tail cone. The fit looks to be pretty good. There is panel engraving, though it is pretty light. I doubt they would survive any sanding, and will fade under much primer and paint, so one may have to re-scribe them in places.

There is an engine provided, as it can be seen through the wheel wells. 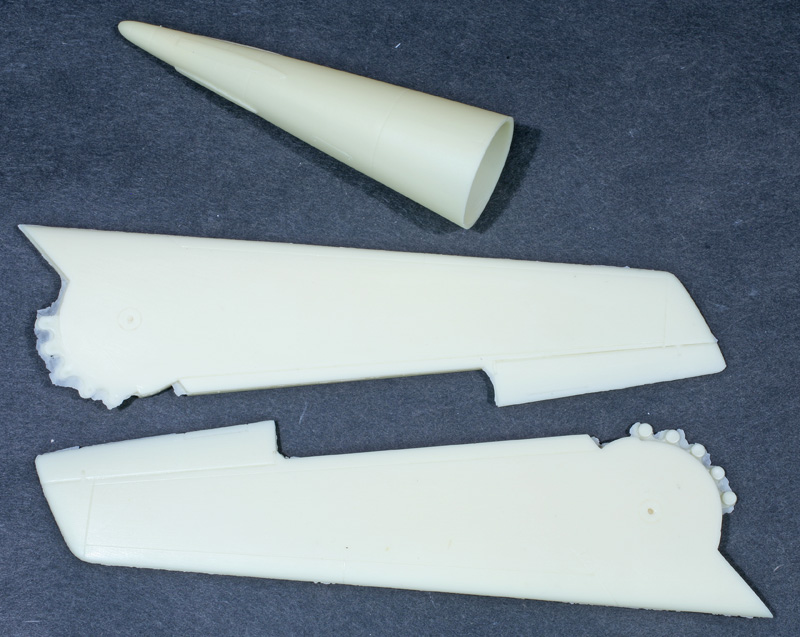 The wings provide the ability to change the angle of incidence, showing off the variable-geometry design of the aircraft, although I have read it could only be changed on the ground. 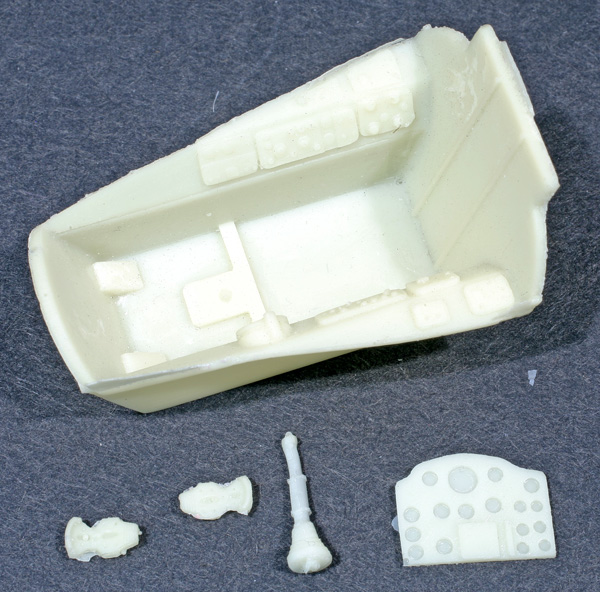 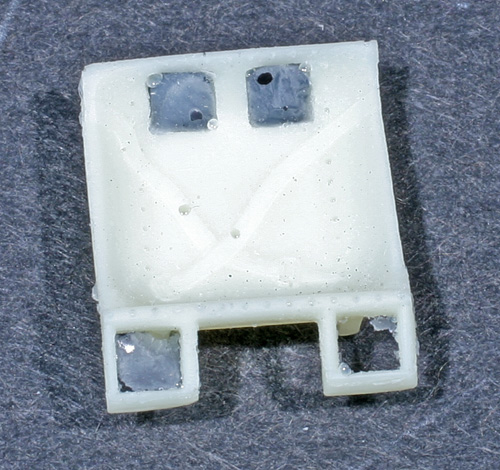 The cockpit is pretty well detailed, can’t say how accurate it is, but then can anyone? The seat includes molded on belts which should be replaced.

The landing gear and other fragile parts such as the pitot tubes are cast around metal wires. 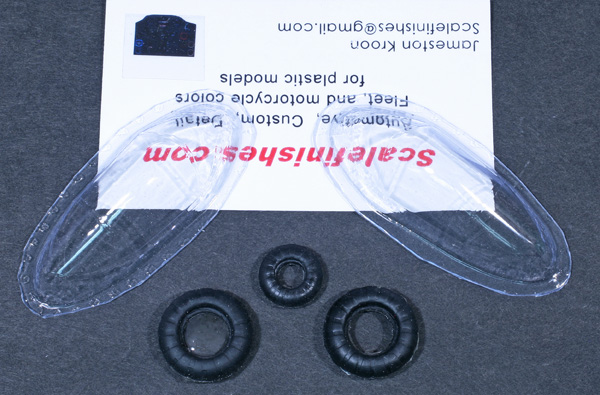 As mentioned before, the only non-resin parts include the vac canopies, which look pretty clear. Don’t know about those vinyl tires. LEM posted in the Forums you can request replacement ones in resin, which is what I plan on doing. I do not know if they charge for the new ones. There is also a film for behind the instrument panel, but it is very dark with nearly invisible dial detail, so replacing them with something Airscale’s decals may be the better solution. 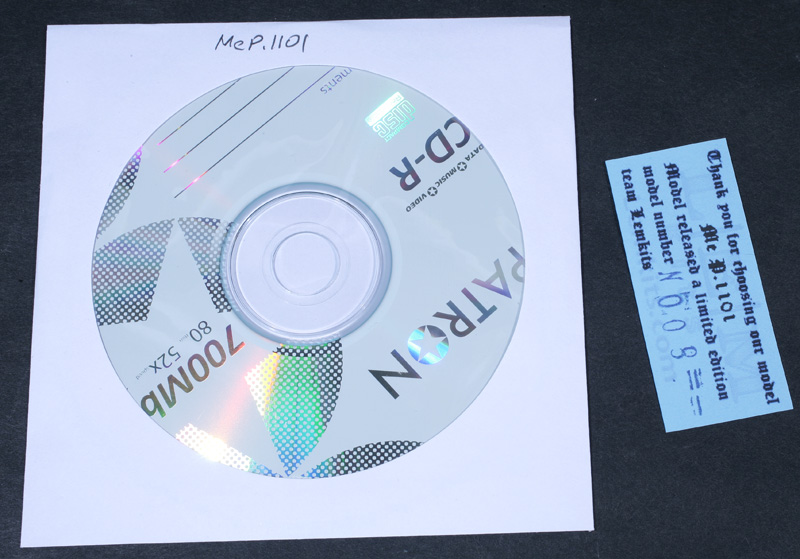 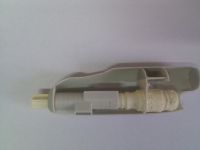 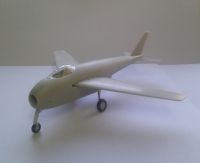 For instructions, a CD is provided with photos of the kit under construction. Unfortunately, there are no notes and the photos aren’t that great, although they can be cleaned up in Photoshop. The photo I show is unedited. There are also a few period P.1101 photographs which won't be really a help to build it but are interesting never the less. Still, the kit is quite clean and easy to understand, with not too many parts. Anyone who has built a few German aircraft kits should be able to figure it out. No color call outs are given; late-war German would be the way to go I would think.

Accuracy, well as much accuracy as you can have for an aircraft that never saw service, seems pretty good. The kit matches reasonably enough to the drawings in the reference, although I can’t say much about panel lines, as the two plans in the book don’t really match! The one place the kit does veer from the book is in armament. The kit has two 20mm cannon, while the book lists 4 20mm for the P.1101. But who knows what would have happened with the production version, so I would not worry too much about it. 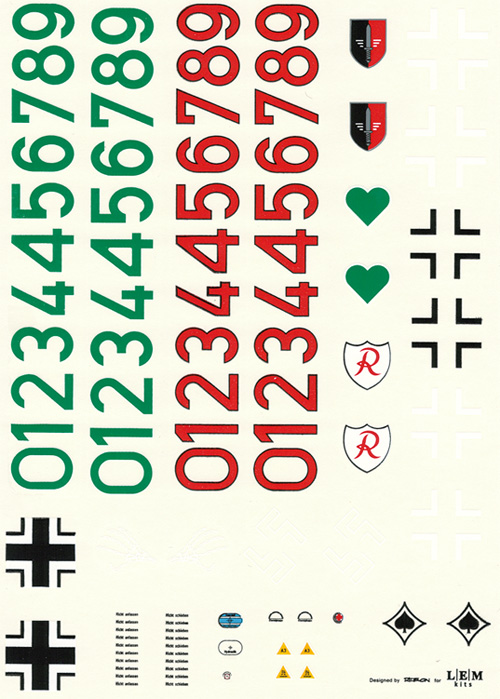 Generic what-if decals are provided. Since they were never operational, you can use your imagination. 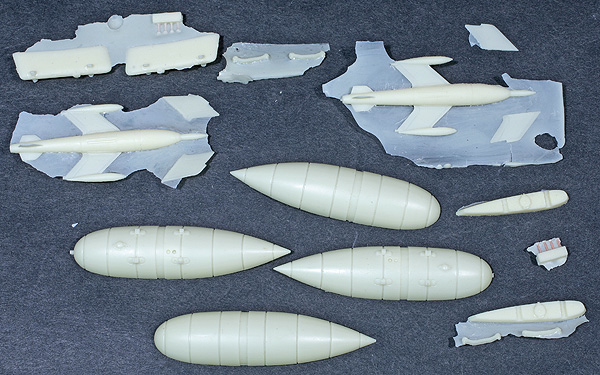 There is also a set of pylons, fuel tanks and Ruhrstahl Ru 344 X-4 wire-guided missiles included.

To sum up, this is a nice resin kit, with a good casting and smart engineering, at a decent price. I would not recommend it as a kit for beginners, though, due to the lack of instructions. With a few detail changes, LEM could make a X-5!

You can find this kit on LEM’s eBay store, under seller name ruporator, or directly from their online shop.