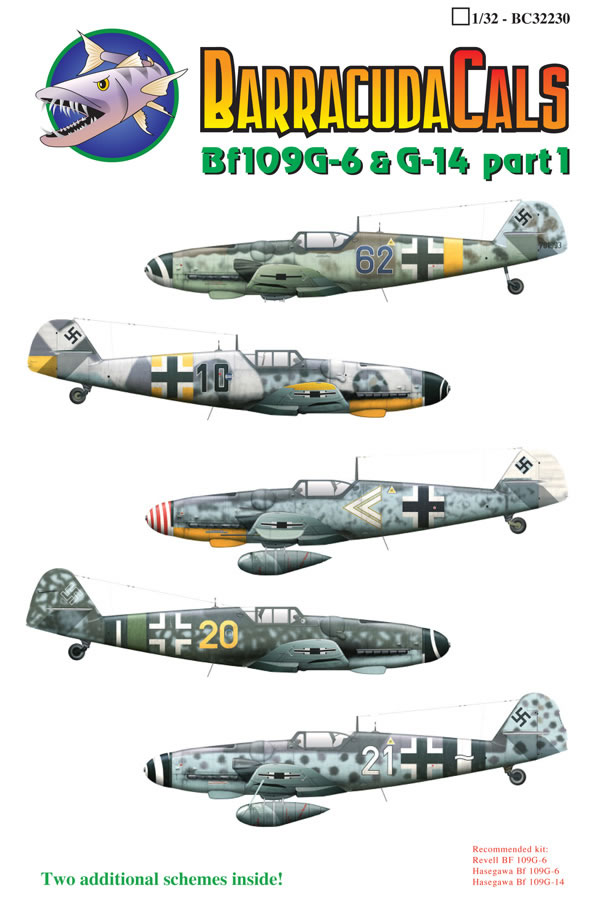 Roy Sutherland's Barracuda Studios has recently released a range of upgrade items aimed primarily at Revell's new Bf 109G kits. Among these is a set of decals from the company's BarracudaCals line, which are also applicable to the Hasegawa kits.

This set features markings for the following seven aircraft: 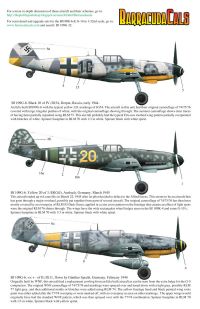 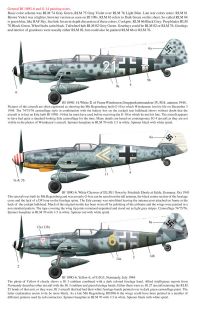 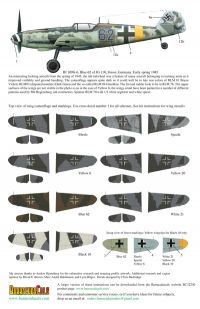 As you can see from the scans above, the artwork by Anders Hjortsberg is provided in full colour, and is very attractive indeed. High resolution digital versions of the supplied instructions are described as being available from the BC32230 product page on the BarracudaCals website, but at the time of writing, were not yet available. Research credits go to Anders Hjortsberg, David E. Brown, Marc-André Haldimann, and Lynn Ritger.

Also provided in the set is a sheet containing detailed stencil placement information: 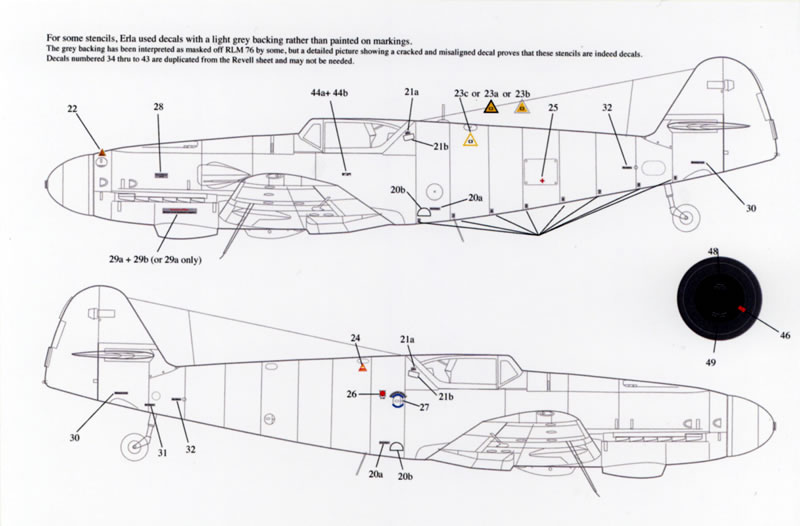 The decals themselves are provided on three sheets, and printed by Cartograf in Italy, so the quality is virtually assured. One sheet contains the individual aircraft markings and stencils, while another contains all the national markings. The third sheet contains a set of spinner spirals, styled to match the corresponding scheme in the profiles. 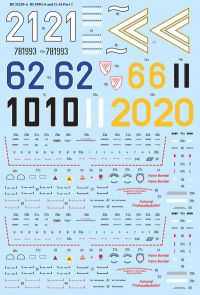 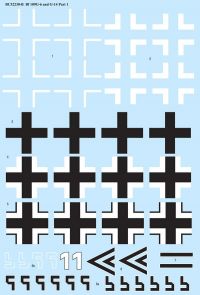 Note that while swastikas are provided, they are separated into two halves each, and will need to be assembled on the model. 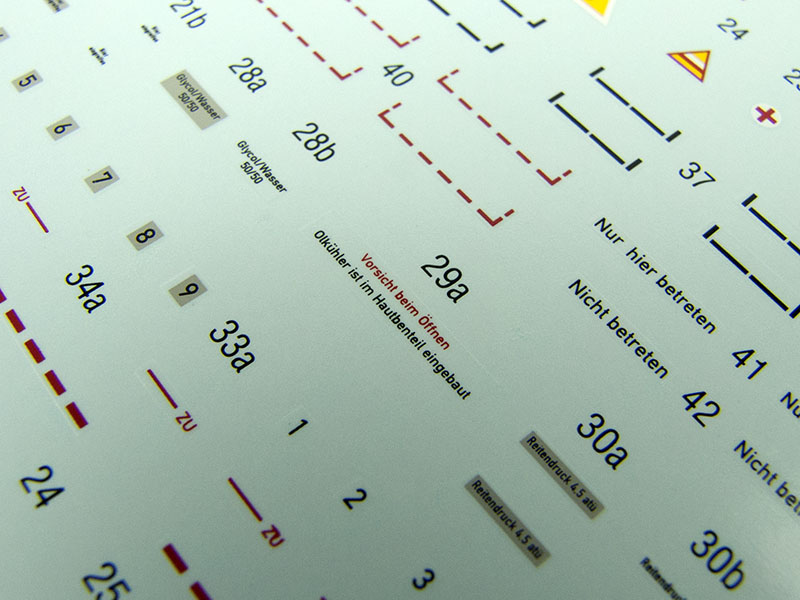 The printing is also impressively crisp (to which my photograph below doesn't quite do justice): 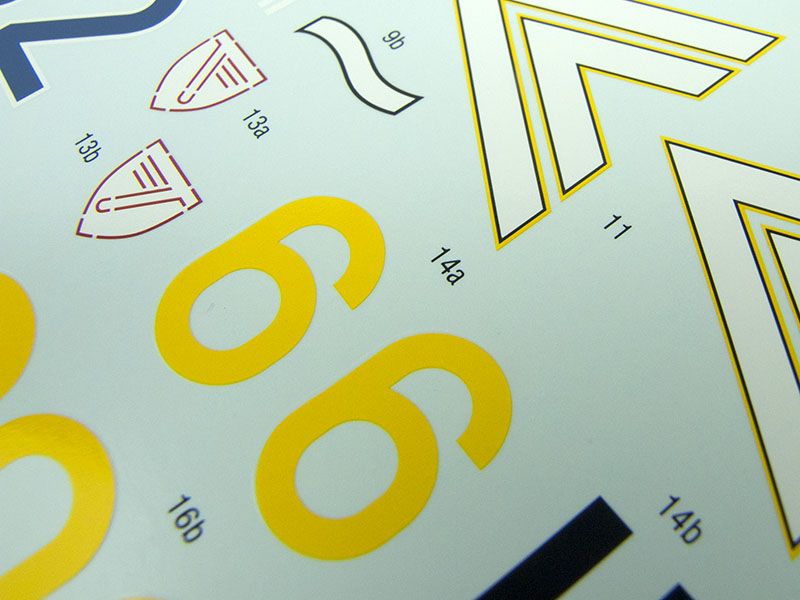 This is a quality package, featuring some of the finest printed decals I've seen. Cartograf decals are among the best available, and if you've ever used them before, you'll know what to expect when it comes time to apply them. If you're looking for some alternative decals for your Revell or Hasegawa Bf 109G kits, I can certainly highly recommend this set!

Thanks to Roy Sutherland and Barracuda Studios for the review sample.