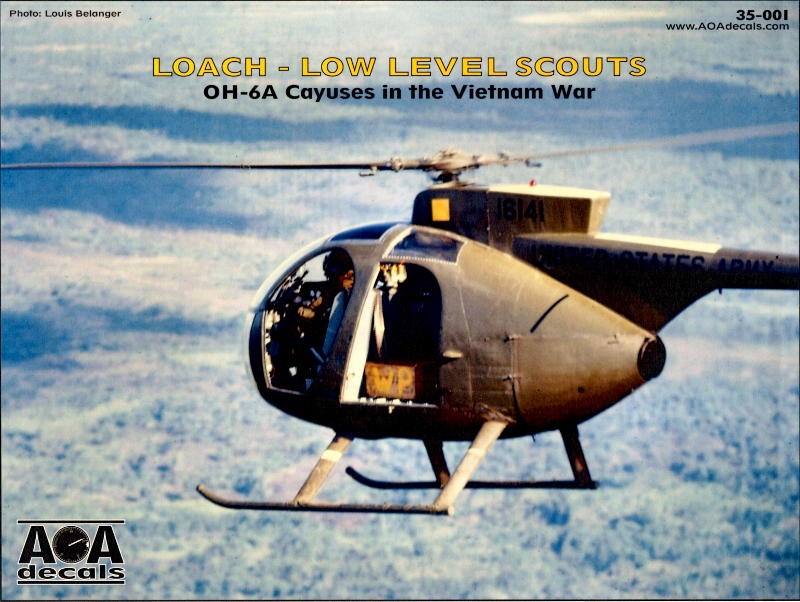 Like LOACHs? AOA Decals' first entry into helicopter markings is here and WOW are there some great choices!

The Boeing (McDonnell Douglas, formerly Hughes) OH-6A was designed for use as a military scout during the Vietnam war to meet the U.S. Army's need for an extremely maneuverable light observation helicopter (under the 1963 LOH program). The Army initially ordered 1,438 Hughes Model 369s, designated by the Army as the OH-6A Cayuse helicopters, fielded in Vietnam in early 1968. The OH-6A was used for command and control, observation, target acquisition, and reconnaissance, organic to division, brigade, and battalion size units. The four-passenger teardrop shaped "Flying egg" (six-passenger with rear seats folded-down) was a small, light, sturdy, maneuverable helicopter, with very low drag.

The OH-6A Cayuse was quite effective when teamed with the AH-1G Cobra attack helicopter as part of what were known as "Pink Teams". The OH-6A "Loach" (for "LOH") would find targets by flying low, "trolling for fire", then marking the target with colored smoke to lead in a Cobra, or "Snake", to attack. 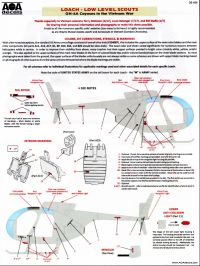 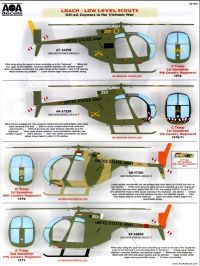 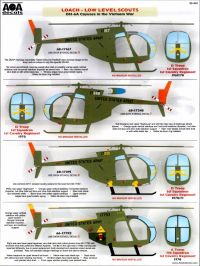 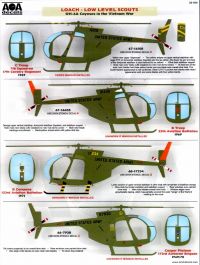 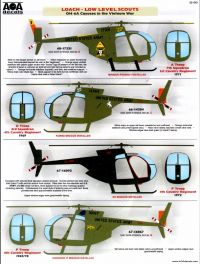 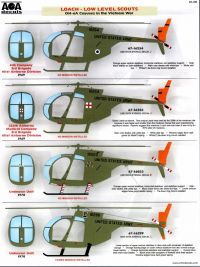 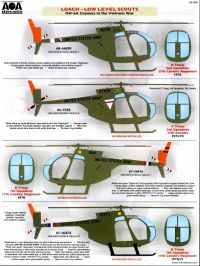 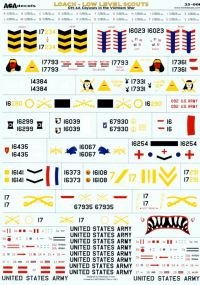 The decals appear very opaque yet thin, the artwork is legible under magnification and the printing is all in perfect register and bright. The decals are printed by Cartograf and should be leaps and bounds better than the thicker kit supplied decals. There is also a small addendum sheet that addresses nomenclature issues for 3 aircraft, it does not effect the markings.

If you are going to build either Italeri's re-pop of Dragons OH-6 or the now harder to find Dragon kit, these are the decals you will want to use. So many interesting Loaches to chose from, so many historically significant machines, such interesting color combinations!

For more information, an excellent resource for photos, history, stats, etc., can be found at the Vietnam Helicopter Pilots Association website.

Thank you to Steve at AOA Decals for the review sample; now to track down an OH-6!