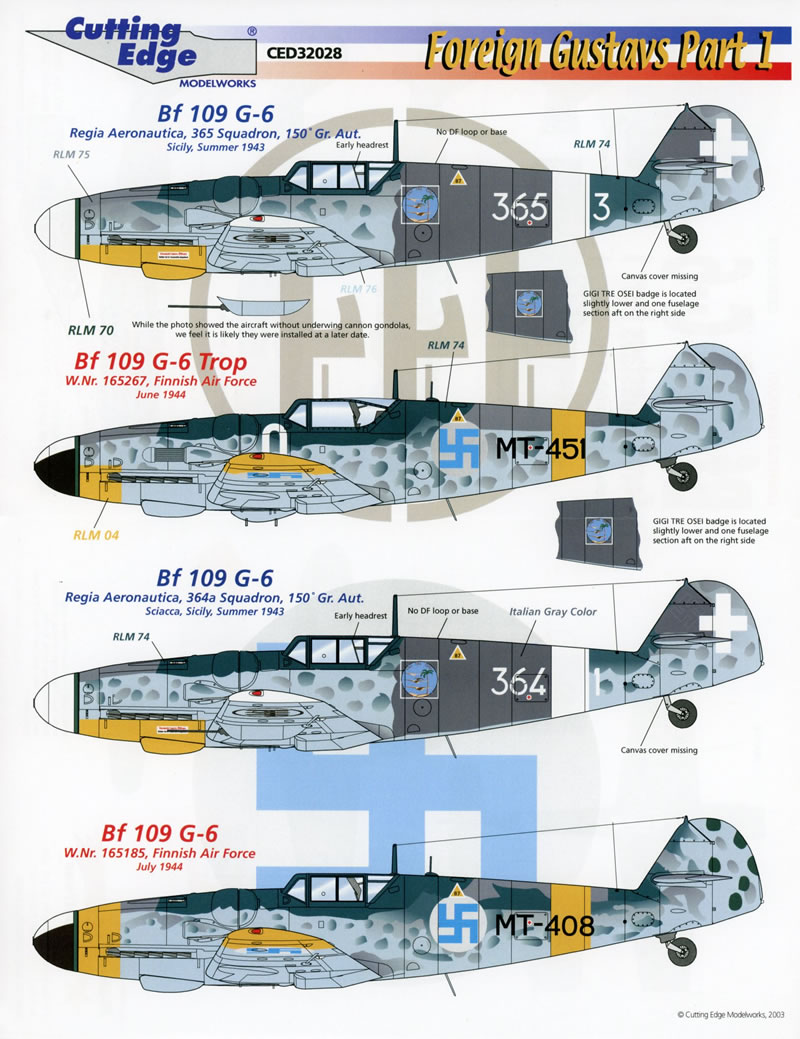 This is an oldie but a goodie from the now long defunct Cutting Edge, but I don’t recall ever seeing it reviewed before.  The copyright date is 2003, although the sheet is still available from “Fine Art of Decals”. 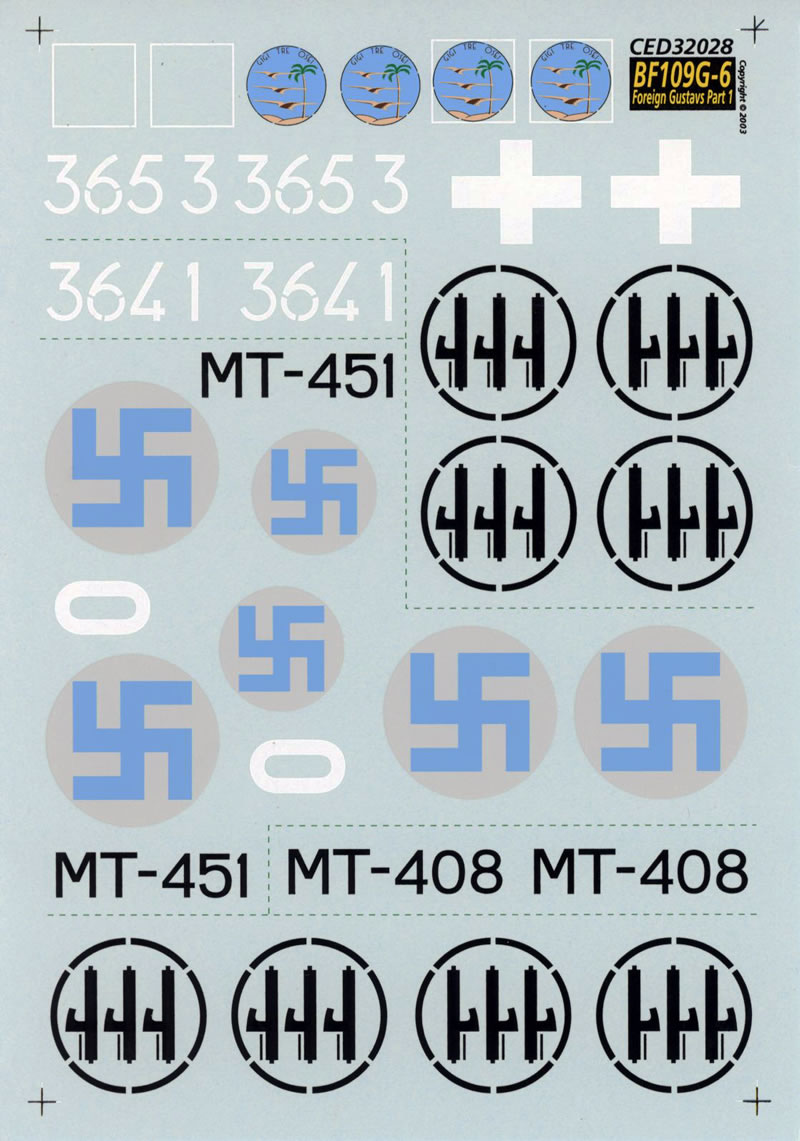 The instructions are in full color, and while very well done, are not the “artistic” style we have come to see so frequently these days.  No biggie, but it does mean you probably need some additional reference for the specific aircraft you want to do.  Fortunately that is widely available for all four of these aircraft.  No stencil markings are supplied.

I happen to know that in 2003, Cutting Edge was using Microscale for their printing, so that tells you pretty much what you need to know about the quality.  Overall my sheet is very well registered, and everything looks good.

The Italian subjects are very well done.  For some odd reason, the “Gigi Tre Osei” badge is provided with the white square surrounding it separately as well as integrally.  I’ve never seen an Italian 109G without the white square.  Perhaps they were worried about registration?  An oddity.

Unfortunately, while the Italian subjects are very well done, the Finnish subjects are not. The artist used the same sky blue color for the “Gigi Tre Osei” badge (correct) as he did for the Finnish swastika insignias (definitely not correct). While the Finns definitely had a lot of variation in the exact shade of blue used on their insignias, both for the backgrounds and the swastikas, none of my extensive research into Ilmavoimat Bf109s (or any other Finnish type during the Continuation War period) show that any of them ever used this light a sky blue color. Also, the Finnish serial numbers are ‘close but no cigar’. Here is a comparison of the kit serials with the same serials drawn to the Finnish specification as published several places in recent years.

The background color on the Finnish insignias applied to the Bf109G-6 was (most likely) painted in Finnish “DN-VÄRI” which was identical to RLM 65 Hellblau.  There appear to possibly have been some that had another Finnish color called “Air Depot Light Grey” which was similar to RAF Light Aircraft Grey.  The color on the Cutting Edge sheet appears closest to the latter, but definitely not the former.  According to my research, most, if not all of the Bf109G-6s delivered to the Ilmavoimat received the DIN-VÄRI background insignias.  The photos I have seen of the two individual aircraft on the Cutting Edge sheet seem to support this.

Overall this is a pretty good effort, but only if you’re wanting to build an Italian 109.  The color problems on the Finnish subjects make them really virtually unusable if you’re aiming for a really accurate model.