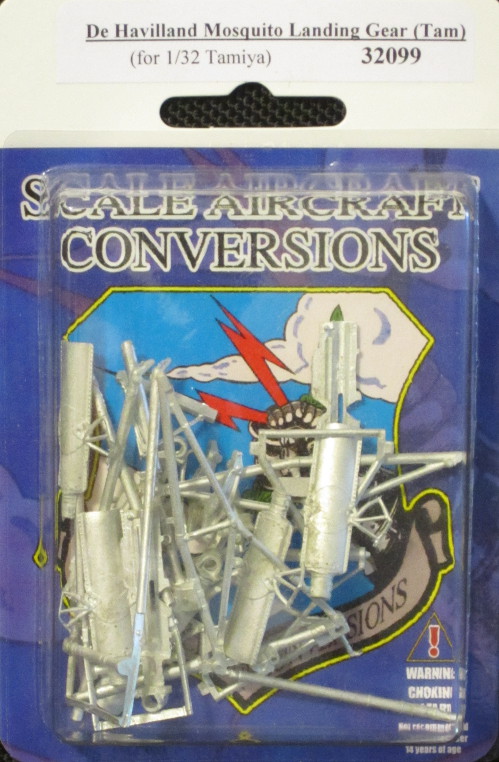 A recent release from Scale Aircraft Conversions is this accessory set for the recent Tamiya 1/32 Mosquito kit. The set includes the main landing gear and tail gear as well as the many actuators and support framework. 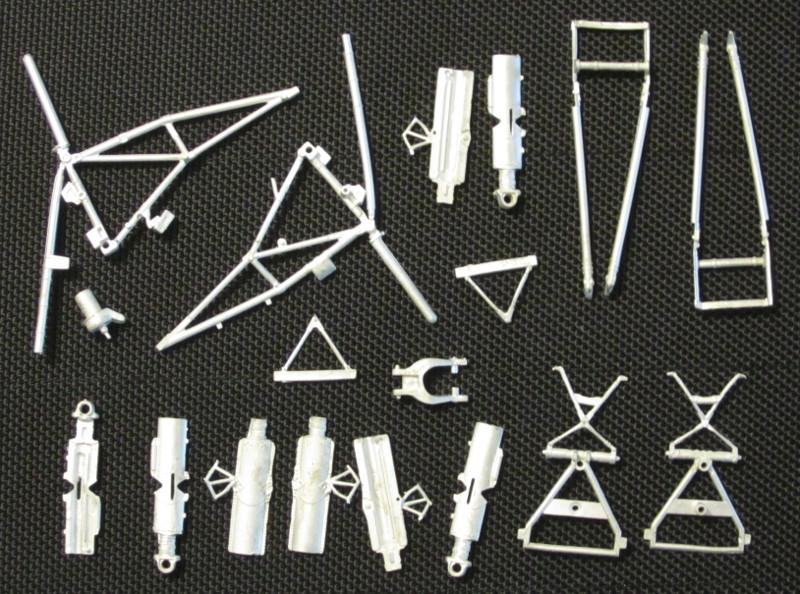 This set is simply a direct replacement for the kit’s plastic landing gear, providing the modeler the option to go with white metal instead of plastic. While the casting is quite good, most of the details are unchanged and any defects of the kit parts, such as molding seams, are therefore replicated on the SAC parts. They even keep the two part main gear legs, instead of making them one piece, which I thought was odd.

I am not sure these parts help at all with strength, especially the way the parts are broken down, and it would be very hard to improve on Tamiya's quality of casting and detail. The set would be useful as replacements for broken gear as you could probably easily swap out any broken parts for SAC ones.

I am not happy with the softness of the alloy used. There are many spindly parts in the complicated landing gear assembly in this kit. The SAC parts are of course just as spindly as the kit ones and bend quite easily. It may be an adventure getting them assembled and keeping them all straight in this medium.