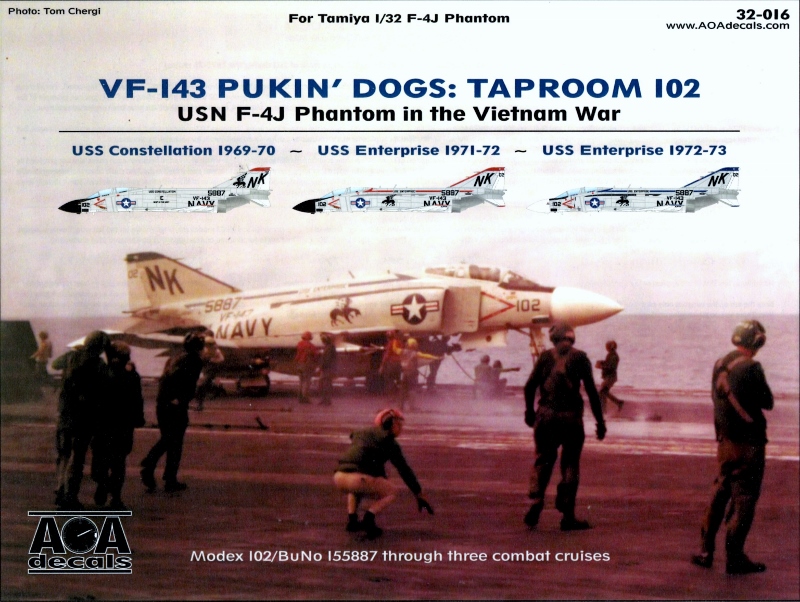 What you get is enough decals and instructions to model each of the various markings options and color schemes this particular aircraft wore over its 3 cruises. As we have come to expect from AOA, the subtle differences between each option is called out in very clear detail leaving little to chance as long as you follow along with the excellently laid out and informative instructions. 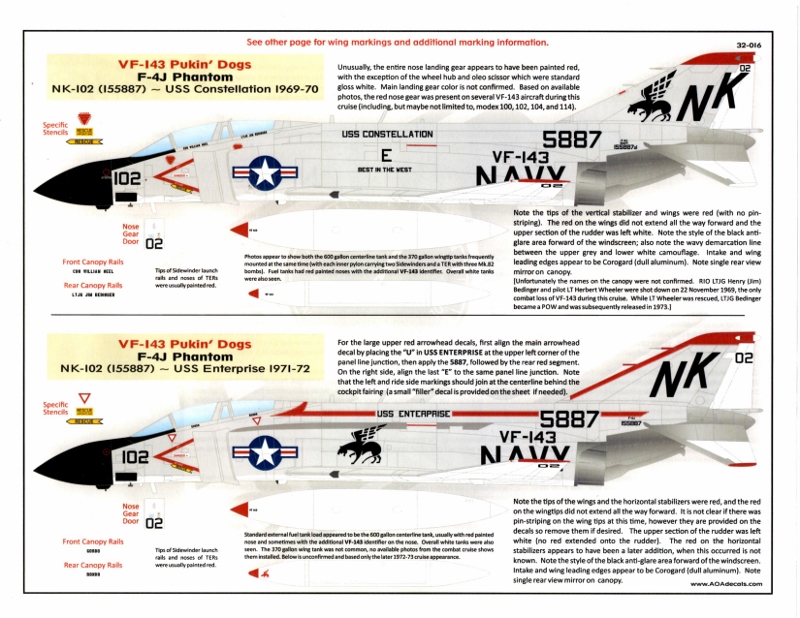 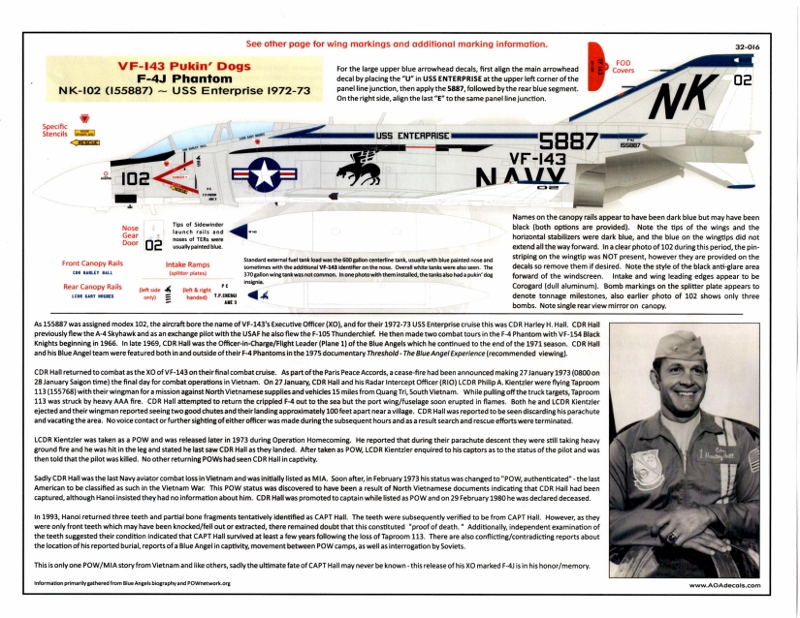 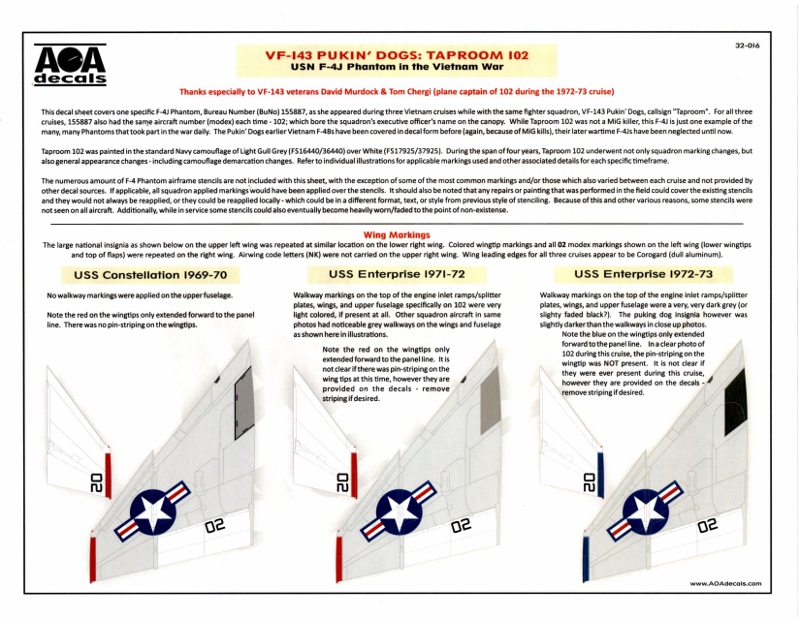 The decals are printed by Cartograf, are thin, very sharply detailed, the tiny stencils are legible under magnification. The colors are opaque and well defined. The carrier film is so minimal you have to look for it on the backing sheet, really nicely done. 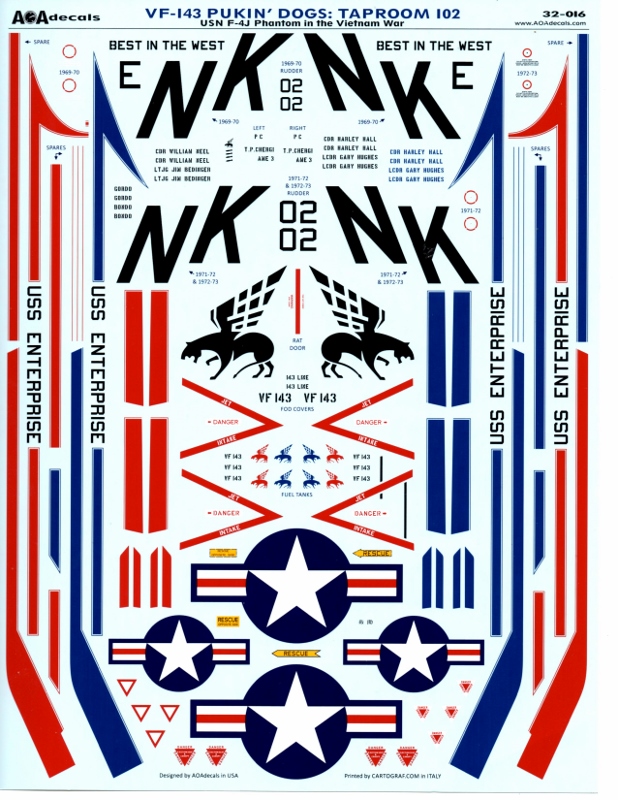 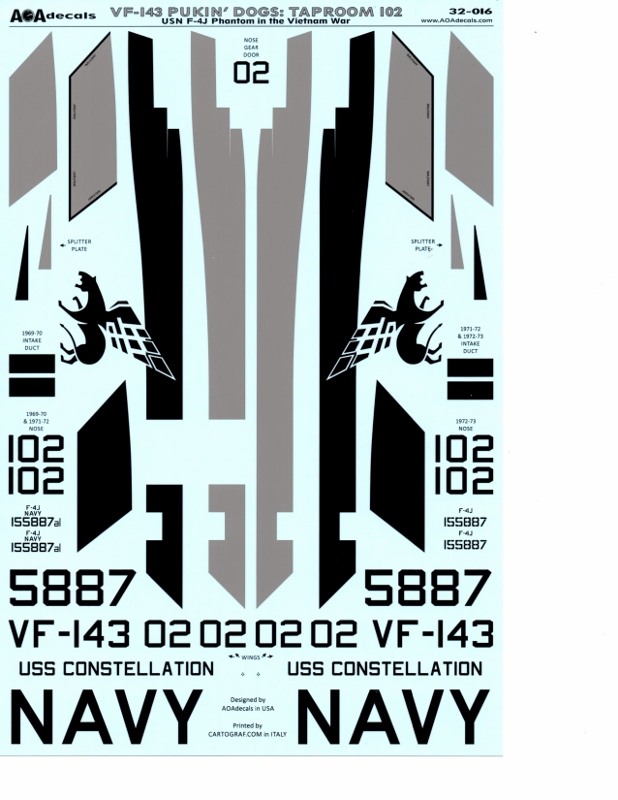 AOA has created another unique decal sheet for a very colorful and historically significant aircraft. If you are looking for F-4J markings and want something that stands out and doesn’t look like every other Phantom you might see at a contest, I would highly recommend these decals.

Thank you to AOA Decals for the review sample, I can’t wait to see what they are cooking up next!