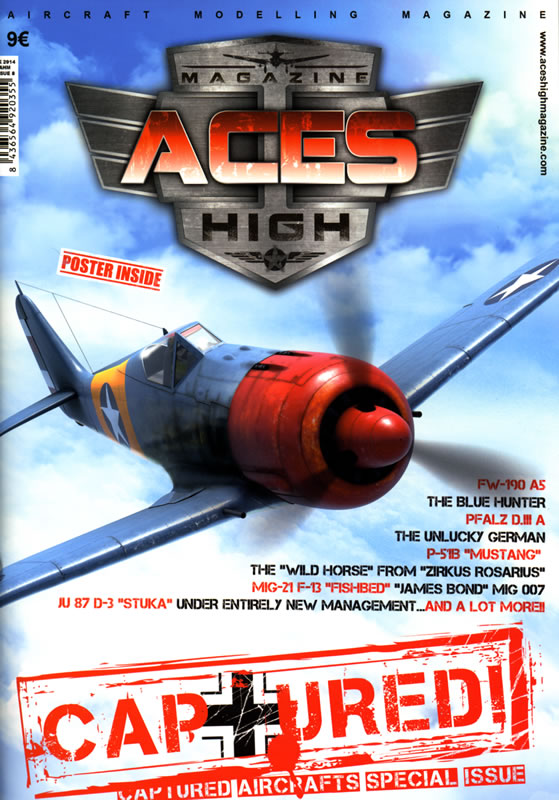 Spanish firm AK Interactive has, in a relatively short space of time, become quite well-known for its finishing and weathering products, of which it sports an extensive range. In 2014, the company branched out with the launch of its own aircraft modelling magazine, entitled Aces High. Here we examine issue number 8, entitled Captured!.

The magazine itself is very stylishly produced, with the covers printed on light card stock, and the contents on heavy, glossy paper. The design is busy, with lots of stylistic conceits that occasionally interfere with readability, such as this example below: 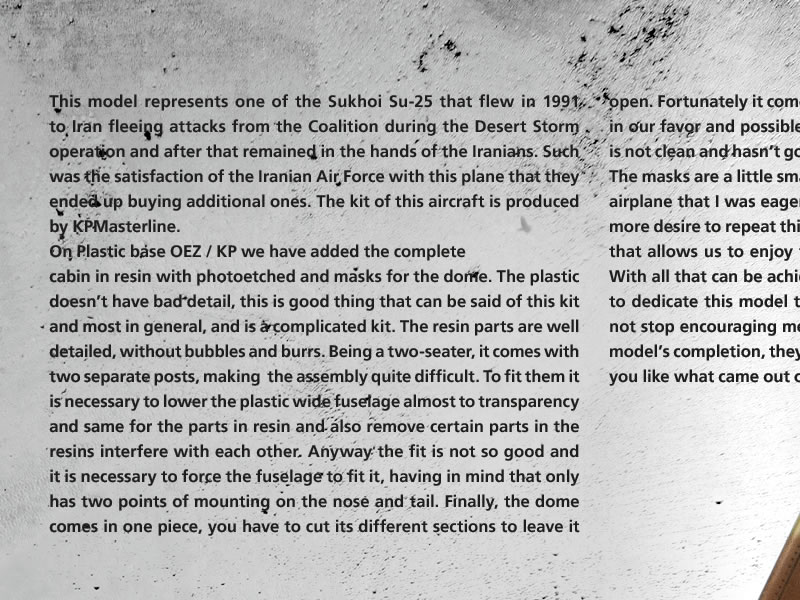 The body of the magazine consists of six major build articles, plus a bonus round at the end:

Happily, the models featured in this issue of the magazine have generally avoided the extreme end of the spectrum, with the worst excesses of the style kept on a short leash. This should give the content a broader appeal, while still pleasing those readers who enjoy this finishing style.

Francisco Javier Martinez's Tamiya Schwimmwagen article features the only non-aircraft model. In keeping with the theme of this issue, it shows a machine captured by the Americans in 1944. It feels a little tokenistic, but is an interesting article nonetheless.

In previous issues, the centre fold-out page has featured a piece of artwork by Romain Hugault. This issue also features a terrific rendering of an Aleutians P-40 scene, but is uncredited, and not mentioned anywhere in the magazine. It's a lovely piece of work, however, and no less desirable for its anonymity.

Also not mentioned in the Table of Contents is the page of eight photos at the rear of the magazine, labelled Captured Gallery. These historical period photos feature various aircraft in captured guise, and interestingly, none of them is represented by the builds within. It's a bit of a curiosity, but interesting nonetheless.

It's not perfect, and the featured finishing style will not be to everybody's tastes, but the quality of the modelling on show transcends such subjective considerations. There is much to admire and learn here, and the impressive production values make it a visual feast. Overall, I think it's a great effort, and will only improve in subsequent issues. Recommended!