Valiant Wings Publishing | Airframe Album No. 10: The Me 163 Komet 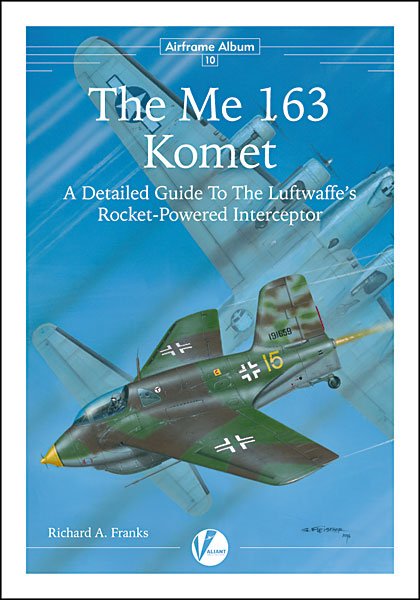 Valiant Wings Publishing has just released the 10th instalment in their Airframe Album series, entitled The Me 163 Komet: A Detailed Guide To The Luftwaffe's Rocket-Powered Interceptor. In common with previous titles in the series, this one is authored by Richard A. Franks, a well-known name in modelling and aviation publishing.

It should be evident from the list of contents alone that this title is aimed squarely at the modeller. There's plenty here for aviation enthusiasts and Me 163 aficionados too, but the emphasis is on providing the modeller with copious data and as much detail as possible.

The Technical Description section of the book is packed with period photographs, technical drawings, and photos of several restored examples. The airframe is covered pretty comprehensively from nose to tail, with special emphasis on those areas of the most interest to modellers: cockpit and engines.

The section on the evolution of the airframe gives a concise but very clear overview of the development of the Me 163, extending back to the DFS 194 that served as the genesis platform for the type, right through to the projected C and D variants, along with the Junkers Ju 248. Also included is a brief look at the Japanese derivatives, comprising the J8M and MXY variants.

The Camouflage and Markings section covers the type's use by the Luftwaffe. A decent selection of period photographs is included, along with some colour artwork. Some captured airframes are included, but the Japanese derivatives are not represented. A fairly comprehensive stencil placement guide is a welcome inclusion, however.

The first is by Libor Jekl, and utilises the PM Model 1/72 DFS 194. Libor does an excellent job with this kit, and it's an impressive build of a rare subject.

The second build is also by Libor Jekl, and sees him tackling the Special Hobby 1/72 Me 163A - a build that also includes a Scheuch-Schlepper. Jekl's builds are always impressive, and this one is no exception. It's also refreshing to see some builds finished in a relatively clean style, with only modest weathering if any at all.

Steve Evans takes us up to 1/48 scale for the next build, which features an original release of Trimaster's Me 163B kit from 1990. The jump in parts-count and complexity from the previous two builds is stark, but Evans handles the build with aplomb, and delivers an outstanding result.

The last build is also by Steve Evans, this time tackling the Meng 1/32 Me 163B kit. This kit is known for its fiddly construction, but Evans overcomes its challenges and produces yet another terrific model.

The final section is the Appendices, and these follow the customary pattern for this series of books, in outlining what options the modeller has in terms of kits, accessories and decals for producing a scale replica Me 163. For a change, 1/32 scale is nearly as well-serviced as the smaller scales, with two mainstream kits, and a decent selection of aftermarket items.

The book rounds things out with a bibliography of existing titles covering the Me 163, which serves as a handy launch pad for further research into the type. 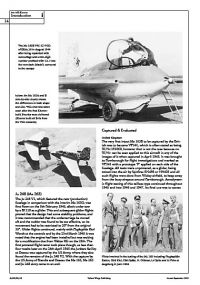 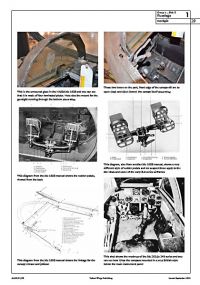 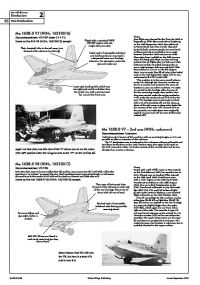 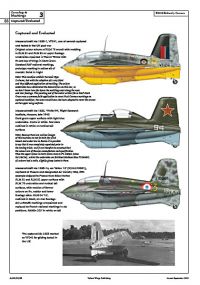 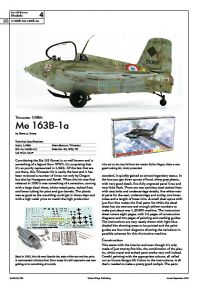 This is a detailed, comprehensive and modeller-friendly title. If you're building, or intend to build, a model of the Me 163 in any scale, this book will prove invaluable, and I highly recommend it.