Part, a Polish producer of PE details sets (www.part.pl), has just released two sets for the Trumpeter P-40B kit. For those that are not familiar with Part, they have been producing PE sets for many years now for both aircraft and armor. Not as well known as Eduard, they are becoming more and more common in the west through better distribution. In general, their sets are a little more detailed and extensive than Eduard sets. If any of you are familiar with the Aber PE sets for armor, they are almost as insane as those sets.

Starting with the P-40 Interior two-fret set, the first thing I noticed is that Part corrects the depth problem in the cockpit. They offer a very well detailed floor festooned with tiny rivets with the correct center flange and separate gas gauge complete with its own little film gauge part. Note the only thing supporting this floor is a couple of small tabs on each sidewall and the rear wall. It may be a good idea to scratch some support underneath as the PE floor is rather flimsy. Part also supplies new sidewalls with correct depth. The scan of the instruction sheet shows the sidewall construction. You can see the difference in depth in the fret picture, with the Trumpeter parts alongside. These walls are built up with multiple pieces of PE which will give a very scale thickness to the parts. The picture of the second fret shows a new seat. You can also see in this picture the kit seat which is much smaller in depth. Folding a PE piece, with another photo-film for the dial makes up a very nice radio. The radio also has holes where the toggle switches should be. Some wire here will make an amazing-looking radio, though no mention of this is in the instructions (more about the instructions later). A throttle, made up of about 14 PE parts(!), a new instrument panel and very nice rudder pedals are also included along with most of the rest of the interior parts. Note that you do have to supply your own various diameter rod to complete some of the assemblies.

In my opinion the worst part of the set is the instructions. While it does an adequate job telling you what to do with most of the PE parts, it falls short on helping instruct which of the kit parts should be used. Most of what you need can be deduced, but I do suggest some good reference material to do the job right. A for instance: while the instructions do tell you the correct dimension for the bracket that supports the seat, they do not tell you what diameter it is or what the configuration should be. They also do not tell what to do for the joystick, or where it should be attached to the new PE floor. I assume you are supposed to use the kit one, but you are on your own on how and where it should be attached. I did compare the kit joystick to my Craftworks P-40C kit's stick, and the Trumpeter is pretty close in size. The main difference is the Craftworks stick is larger in diameter, and only about 1mm longer, so the Trumpeter is definitely usable. The only other problem is typical of most PE sets: some parts are too thin, and should either be replaced with plastic parts or thinned kit items. Part builds up thickness with many parts by layering PE, but some items like the T-handles and throttle handles could be helped with glue added each side for thickness. No matter the shortcomings, with a good set of references, this set will make for an impressive cockpit! 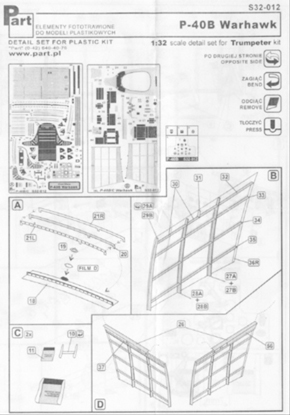 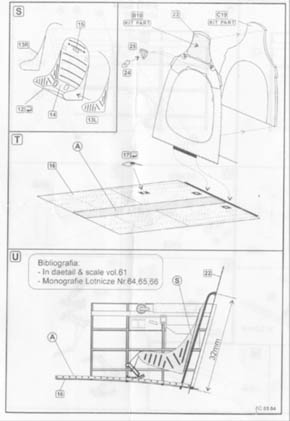 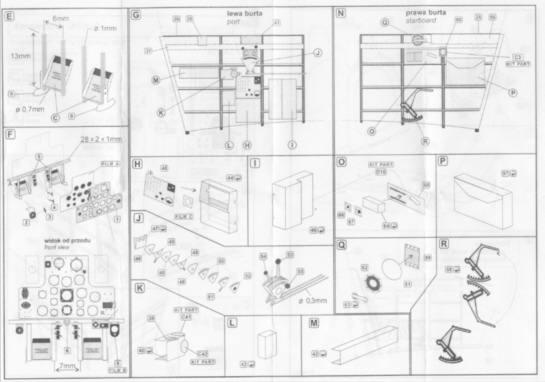 The PE P-40 Exterior set continues the madness. While it's two frets contains a lot of small access panels, control surface pivot arms, and a new radio access hatch, the main part of the set is dedicated to re-doing the engine cooling flaps. Including plastic or wire rod that you supply, over 30 parts are used to re-build the flap assembly. If built correctly, the PE parts even allow the filler pieces in between to slide into the flaps as per the real thing. As this area is very visible on this size model, it will make for a very noticeable upgrade. See the scan of the instructions for a look at the madness. The smaller fret pictured is almost totally dedicated to the flaps. 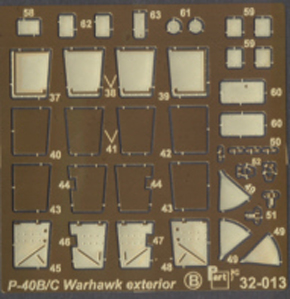 The other area targeted for improvement is the gear doors and interiors inserts. The door outers are included as well as two different door interiors. I haven't quite figured what the differences are related to, more research is needed. Again, as with the interior set, the instructions aren't much help here. No mention is given as to what the differences are for, nor is the construction of the doors too clear. As before, good references are needed. A detailed piece to lay on the wing is also included, as is new doors for the tailwheel, as is new exterior rails for the canopy. 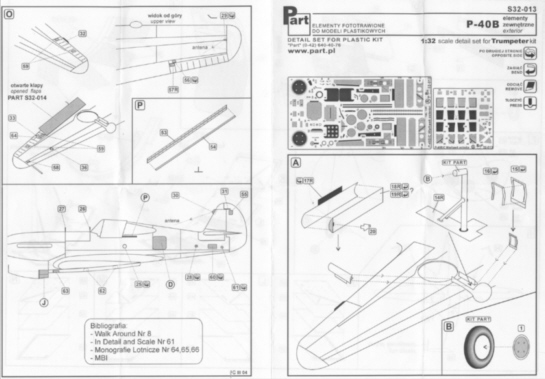 The new radio access hatch includes a nicely detailed door interior including a fold-up case to mount on the inside of the door. This case held data cards for the radio maintenance as well as a first aid kit on the real aircraft. No PE parts are given for the interior of the aircraft, nor is any mention or diagrams of what is needed inside included in the instruction. A major scratchbuilding job would be needed. Another nice inclusion of the set is PE connectors for the aerials for each wingtip and the tail, as well as new screens for both sides of the radiators. 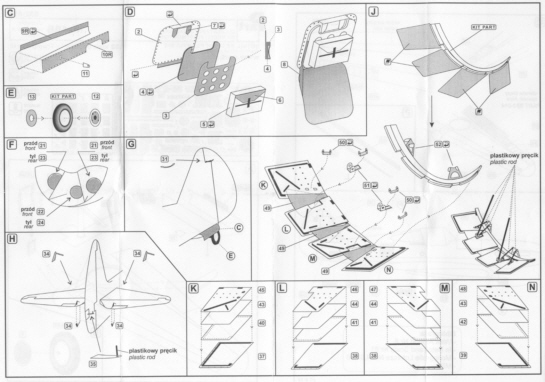 Again, another set that will greatly improve the look of the Trumpeter P-40. And wait, there is more to come! Mentioned in the Part instructions is set #32-014: P-40B Flaps!!!!!

Review set courtesy of my wallet, acquired from http://jadarhobby.waw.pl.