Valiant Wings Publishing | Airframe & Miniature No. 9: The Dornier Do 335 Pfeil 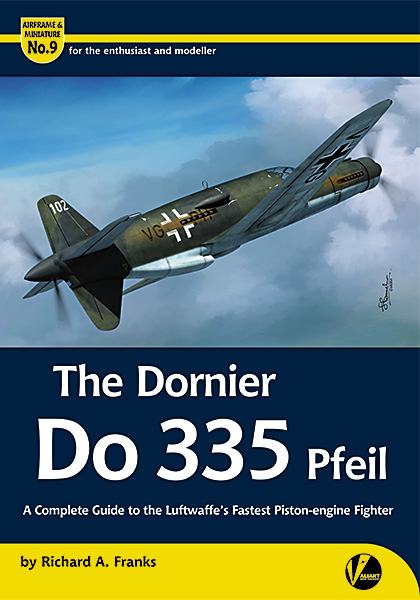 UK publisher Valiant Wings Publishing has released Number 9 in its Airframe & Miniature series, entitled The Dornier Do 335 Pfeil: A Complete Guide to The Luftwaffe's Fastest Piston-engine Fighter. The author is Richard Franks, and the illustrations are shared between Richard Caruana and Wojciech Sankowski.

The first thing that struck me when I picked up this book was how heavy it is; at 144 pages plus a gatefold section of scale drawings, it is indeed a weighty tome. It's extremely well printed on quality glossy paper, and the reproduction of all drawings and photographs is first-class. 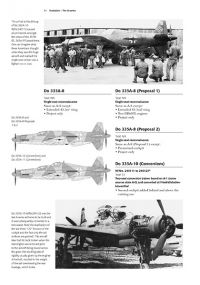 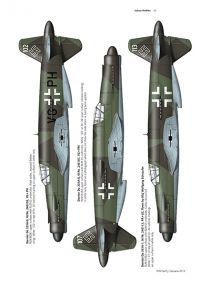 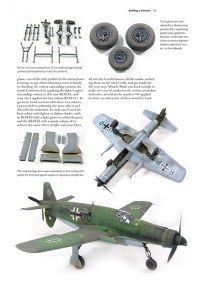 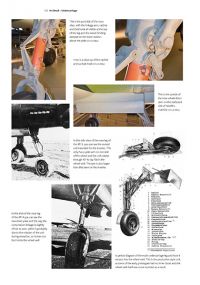 While not mentioned in the table of contents, the Preface weighs in at a substantial 14 pages, and describes a potted history of the Do 335, and provides useful support for the subsequent technical information.

The sequence of chapters covering the evolution of the airframe spans 25 pages, and consist of brief summaries supported by crisply-rendered greyscale profile drawings. They are clear and easy to follow, and form a handy guide for discerning what features distinguished which variants.

The Camouflage & Markings section includes a cross-reference paint chart for both acrylics (Gunze, Lifecolor, Tamiya, and Xtracrylix) and enamels (Humbrol, Revell, White Ensign, and Xtracolor). This is a feature of nearly all Valiant Wings publications, and is very handy indeed.

The colour profiles that end this section are by Richard Caruana, and cover six pages in all. The artwork is very well done, and a small selection of non-Luftwaffe schemes is included.

Chapter 6 features a brief description of the commonly available Do 335 model kits. In 1/32 scale, both extant version of the HK Models kit are covered, but not the Zoukei-Mura kit, possibly due to being released too late for inclusion. It's amazing to think that we now have several choices for 1/32 Do 335 kits, with more on the way!

The modelling section features a kit build in each of 1/72 (Revell/Dragon A-1 by Libor Jekl), 1/48 (Tamiya A-12 by Steve Evans, and 1/32 (HK Models B-2 by Dani Zamarbide) scales. These builds are extremely well done, and will serve as inspiration and guidance for our own Do 335 builds when we get to them. Evans' natural metal A-12 is particularly striking!

Chapter 9, In Detail, features an extensive selections of photographs and diagrams, including a series of walkaround detail photos of the sole surviving Do 335. Many of the images have been published previously, but many more have not. The walkaround photos have been taken with a modeller's eye, which is not only welcome, but very handy.

At the very back of the book, secured inside the rear cover, is a set of 1/48 scale Do 335 plans in gatefold format. These are printed on heavy, non-glossy plain stock, and cover the following airframes:

Not being a Do 335 expert, I can't give a considered evaluation of the accuracy or veracity of the text itself, and so will leave that to more knowledgeable readers. All other elements of the book ooze quality however, from the clear photography to the beautiful profiles and the detailed scale plans. Contemporary photographs are plentiful and very nicely reproduced. Overall it's an impressive attempt to be the Complete Guide the title alludes to. Recommended!