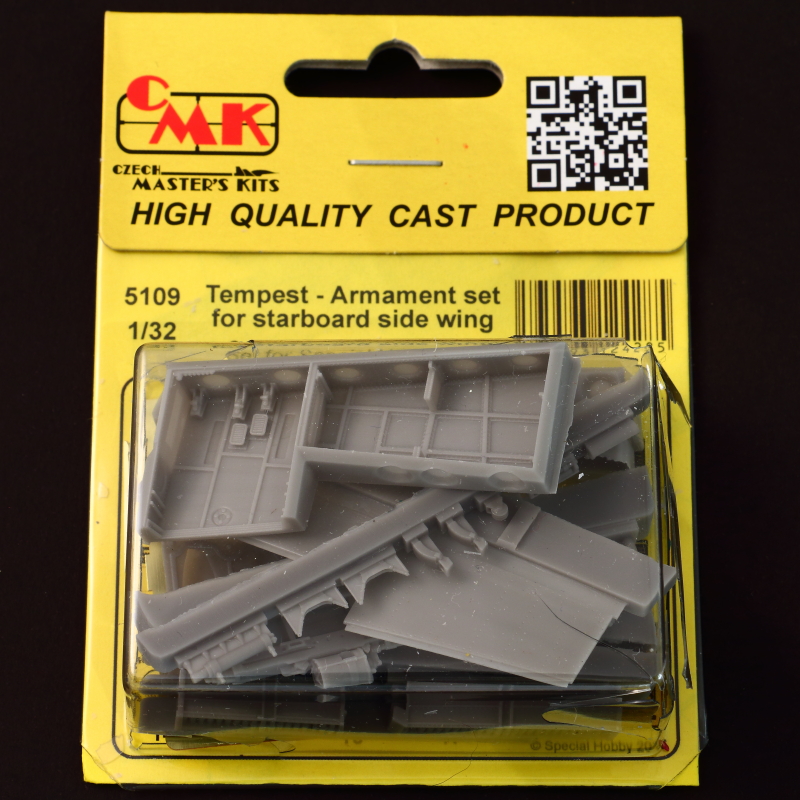 Hot on the heals of the recent Tempest kits from CMK's sister brand, Special Hobby, we have a number of accessory sets that add additional details and extras to these superb kits.

The first item we have for review is a gun bay set that's applicable to any version of the Tempest. I have to make an admission though, I had assumed that this set was the same as that provided in the Tempest II "High Tech" kit we reviewed in November - but I'm delighted to say it isn't - it's the exact opposite! 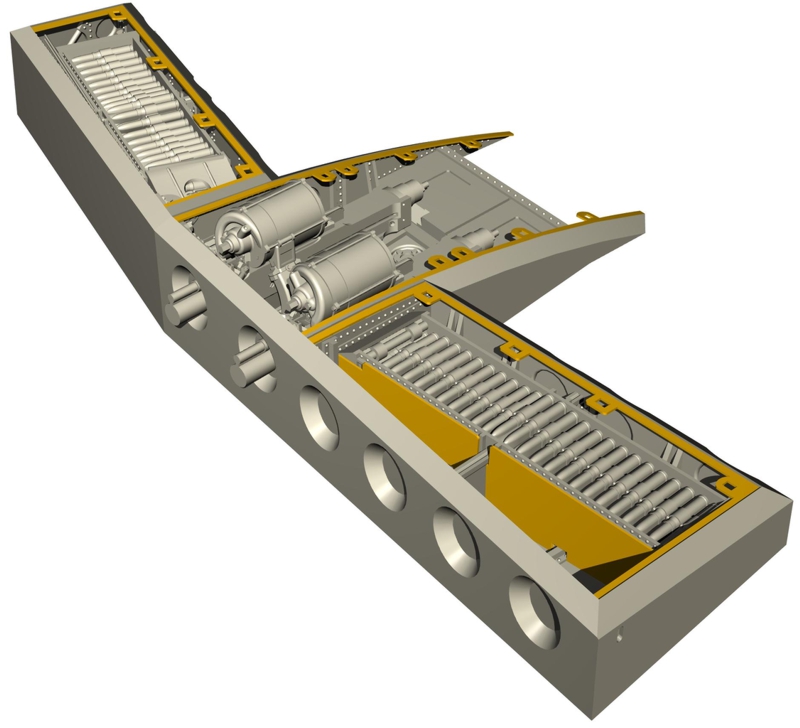 OK, I guess I ought to explain. The resin gun bay supplied in the Tempest II kit is for the Port wing, this additional set is for the starboard side - so you can now open up the gun bays on both sides of the aircraft if you have this set and the Tempest II!

The set provides the full gun bay, cannon bodies, ammunition feeds and separate covers - leaving the modeller to cut the corresponding sections from the startboard wing.

Casting quality is superb, with all components neatly cast in grey resin, with the frames around the openings that the covers (supplied in resin) are attached to on the real aeroplane done as photo-etched brass components. 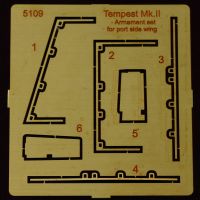 The supplied instructions are clearly illustrated and I don't forsee any major issues in assembly.