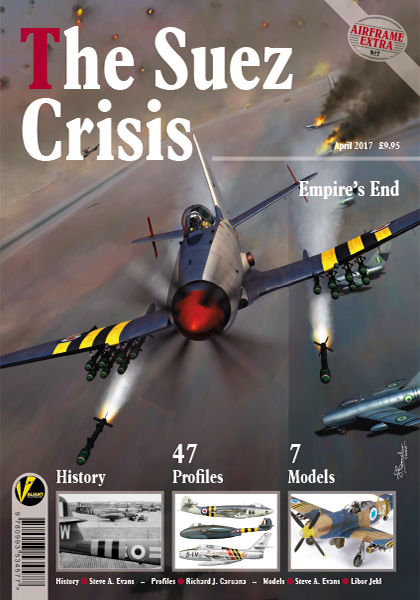 This 19-page section is written by Steve Evans, and covers the background and conduct of the Suez Crisis, running from late October to early November 1956. The format follows a basic chronological description of events, with context given where appropriate. It includes a smattering of interesting period photographs, and represents a handy primer for the events of the conflict itself, as well as being a good starting point for further historical research.

As with all the profiles in the book, this section is illustrated by Richard Caruana, and features six pages of colour profiles with captioned colour notes. The RAF deployed a fascinating variety of Cold War-era aircraft to the Suez region, and these profiles cover Hunters, Meteors, Venoms, Canberras, and Valiants. There's also a single Shackleton, a pair of Hastings transports alongside a pair of Valettas, and a lone Whirlwind helicopter.

The first of the title's seven model builds features Libor Jekl's build of the Xtrakits (ex-Special Hobby) 1/72 Meteor F Mk 8 kit. Like all the builds in this book, it's a typical magazine-style photo-essay of the build, covering eight pages of hints, tips, and advice. While largely an out-of-box build, Jekl is an absolute wizard in this scale, and his expert handiwork has delivered a build so exquisite that it truly belies its tiny scale. Libor Jekl's builds for Valiant Wings publications have single-handedly persuaded me that 1/72 models can in fact appear as convincing as those from larger scales. Bravo!

Libor Jekl returns with the book's second build, featuring the HobbyBoss 1/72 Sea Hawk Mk 6 kit. The style of this seven-page build is similar to the preceding one, as is the result!

Libor Jekl makes it three in a row with his build of the KP 1/72 Piper J-3 Cub kit. Over the course of six pages, Jekl shows us how to convert KP's kit to Israeli configuration, and as usual, he turns out a very impressive model indeed.

The fourth build in this title sees Steve Evans pick up the reins, and features the relatively new Tan Model 1/48 RF-84F Thunderflash kit. This kit appears to be highly detailed, but tricky to assemble in places, and Evans does a terrific job turning out a French aircraft in Suez markings.

In contrast to the RAF section, these five pages contain mostly Sea Hawk and Sea Venom profiles, though there are also three Wyverns, and one example each of the AEW Skyraider and Avenger. Four photos of Sea Hawk carrier operations are also included.

Steve Evans is back with a four-page build of the Trumpeter 1/72 Il-28 Beagle kit. It's one of Trumpeter's early efforts, and is not an easy build. Evans overcomes its difficulties, and turns out quite an impressive Beagle in Egyptian Air Force markings.

This build sees Steve Evans tackle the venerable Hasegawa 1/48 P-51D kit in another five-page treatment. The build is largely out-of-box, and results in an attractive rendition of an IDF Mustang in Suez markings.

The book's final build article features the Classic Airframes 1/48 Meteor NF Mk 11/13 kit, and is again handled by Steve Evans over six pages. It's a difficult short-run kit, but the result is, yet again, terrific.

The final section of the book is three pages of colour profiles featuring French and Israeli aircraft. With the exception of a single Dassault Ouragan, the types are all American, and include three Corsairs, several RF-84Fs, a single Avenger, and - most oddly - a single B-17G in Israeli service. A motley collection indeed! 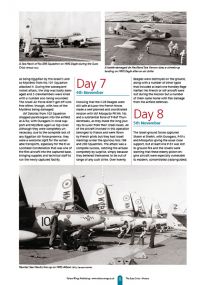 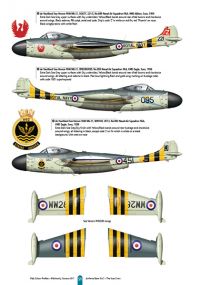 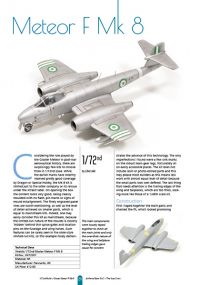 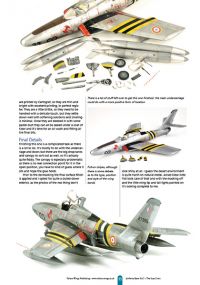 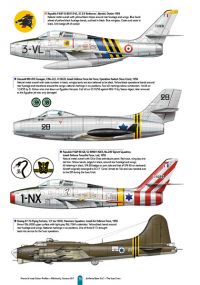 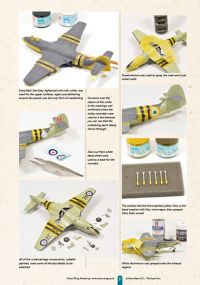 My only complaint is that, for a title with such a heavy modelling focus, there are no large scale builds featured. I understand why this isn't done, but I personally find it a regrettable omission.

That said, I think this is a fine starting point for modelling aircraft of the Suez Crisis, and has much to recommend it.