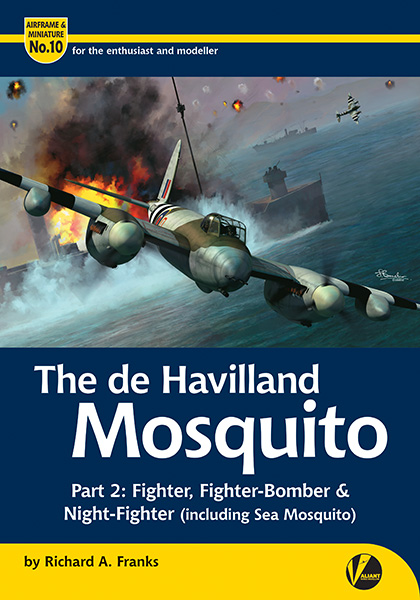 This latest in the Airframe & Miniature series from Valiant Wings Publishing finishes off a multi-part exposé on de Havilland's famous Mosquito, and is entitled The de Havilland Mosquito Part 2: Fighter, Fighter-Bomber & Night-Fighter (including Sea Mosquito). This is a timely publication for LSP modellers, as the Mosquito has received a lot of attention in our scales in recent years, with Airfix, Tamiya, and HK Models all releasing impressive large-scale kits. There's also the ancient Revell kit, which, though now thoroughly outclassed, can still be turned into a fine model with some effort.

The book is divided into two main sections, Airframe Chapters and Miniature Chapters, each of which has a number of sub-sections, accounting for 208 pages in all.

The book actually begins with a 35-page preface, which functions as a handy summary of the development of the fighter variant of the Mosquito, and its derivatives. It also includes a brief description of the type's service with nations other than the U.K., and it's an impressively varied list.

As noted above, Chapter 1 covers the evolution of the fighter and night-fighter variants of the Mosquito. This is a very handy primer on not only the sequence in which the variants were produced, but the defining differences between them. Each variant is illustrated with a port-side profile, neatly rendered in black, white, and grey. Especially interesting is the turret-equipped one-off demanded by the Air Ministry!

Chapter 2 deals with the fighter-bomber and photo-reconnaissance versions of the aircraft, in the same style as the previous chapter. These appear to have been used in the widest number of export roles, and consequently offer the widest possible range of markings options.

Chapter 3, Trainers, Target Tugs and the Sea Mosquito, covers these variants in much the same fashion, and again there are plenty of interesting variations to model, in terms of both airframes and markings. Unlike the previous chapters, notes about camouflage and markings for each variant are included with the descriptions, though colour artwork is saved for the next chapter.

Chapter 4 is "Camouflage & Markings", and is tackled a little differently from previous entries in the series, using the same approach introduced in Part 1. Rather than a distinct section containing the colour profiles all in one place, they are instead presented in situ, alongside the description or explanation of that particular scheme or markings variation. It doesn't have quite the same visual impact as a series of pages packed with inspiring artwork, but I think it offers more utility for the modeller, and makes a more direct connection between the artwork and the history.

Unlike Part 1, there is no paint colour guide included in this volume, so you will have to refer back to Part 1 for that. But there is a page of stencil placement guides in 1/72 scale, which also cover the type and placement of the various national markings, codes, and serial numbers.

Chapter 5 kicks off the Miniature section with a look a selection of available Mosquito kits, limited of course to the variants covered in this volume. The selection is further limited to kits that have been released since 1998, dating back to the author's previous book on the subject. Both the Tamiya 1/32 scale and Airfix 1/24 scale kits are covered.

That said, assessments of older kits are available as a downloadable PDF from the Valiant Wings website. This is a nice touch, and addresses the missing content without having a negative impact on either the cost or size of the published book.

These builds are all done to a very high standard, which is to be expected from the modellers concerned - all regulars in this publisher's titles. In particular, Libor Jekl's 1/72 scale jewels are astonishing.

One of the most interesting sections to me is chapter 7, "Building a Collection". Through a series of isometric 3-D drawings by Wojciech Sankowski, this section illustrates the pertinent features of each revision of the airframe as it evolved through the bomber and photo-reconnaissance series. When combined with the information presented in the first part of the Airframe section, it becomes a simple matter to understand the features present on any particular variant or sub-variant. In fact, this section could easily have been included in the Airframe portion of the book, rather than the Miniature section.

Chapter 8, "In Detail", features a series of close-up photographs and technical drawings to reveal those airframe details so often sought after by modellers. Many of the photographs are of restored airframes, so the usual caveats regarding those apply here, but they're useful nonetheless. The coverage is quite extensive, encompassing 43 pages for this section alone.

The appendices take a similar route to the kit evaluation section, in that only a subset of available aftermarket accessories is listed, with the more obscure or out-of-production items dealt with in the aforementioned downloadable PDF. The combination represents a useful reference for products designed to enhance your Mosquito kit, whatever its scale, mark, or manufacturer. A two-page bibliography is also included, which is handy for further research.

The final component of the book is a set of fold-out scale plans in 1/48 scale. These are printed on a heavy plain stock, and have been drawn by Richard Caruana. The airframes featured are:

Note that most of these variants are covered via small scrap views that elucidate the differences from the base FB Mk VI, rather than each having a full set of dedicated plans.

Below is a set of sample pages kindly provided by Valiant Wings. 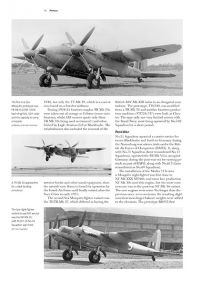 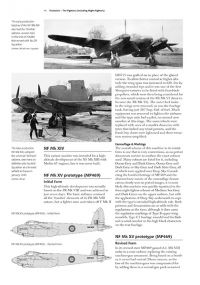 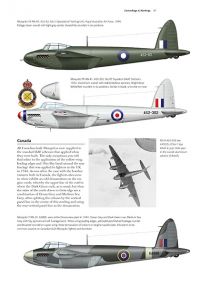 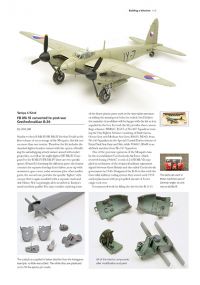 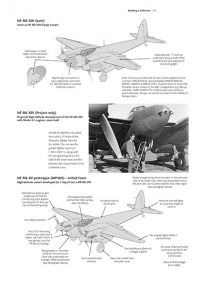 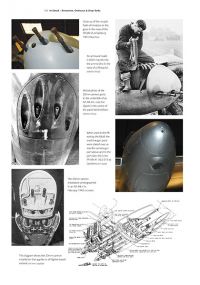 While I can't vouch for the accuracy of any of the included content in this title, it does at first glance appear to be exhaustively researched. The production values are first class, and the contents explore the book's stated remit—airframe and miniature—in extensive detail. There is still a persistent problem with typographical errors, which is a problem that appears to be prevalent across the hobby publication industry, and one that seems impervious to substantive improvement.

Minor grammatical niggles aside, this volume is packed with a wealth of information and detail, is lavishly produced, and should serve as a handy one-stop reference for the fighter, night-fighter, and fighter-bomber versions of the Mosquito. Recommended!