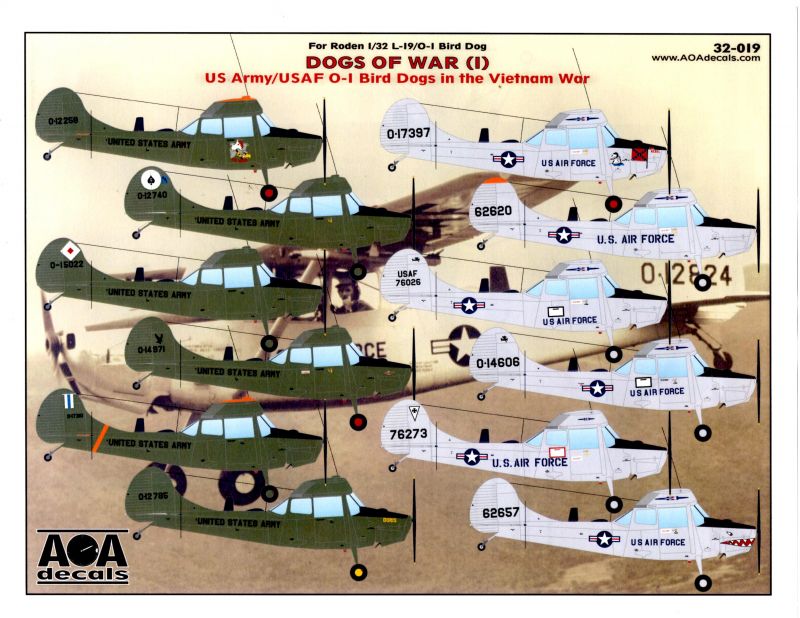 Data/stencil set provided for one aircraft with variations of certain markings. 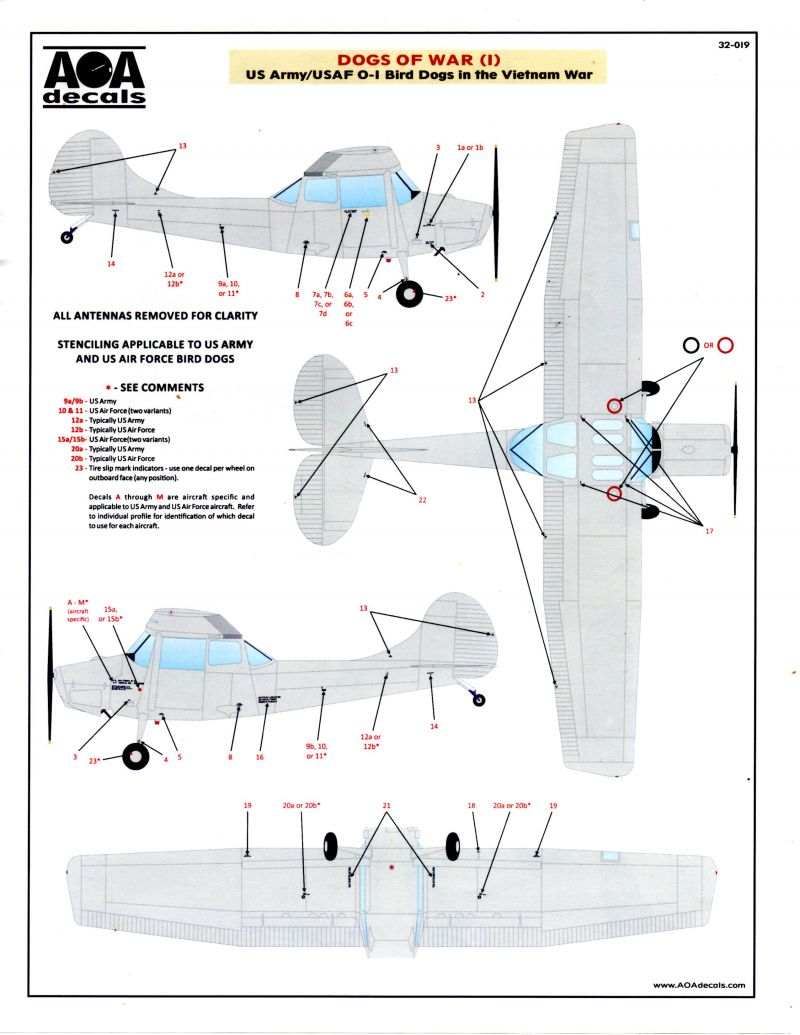 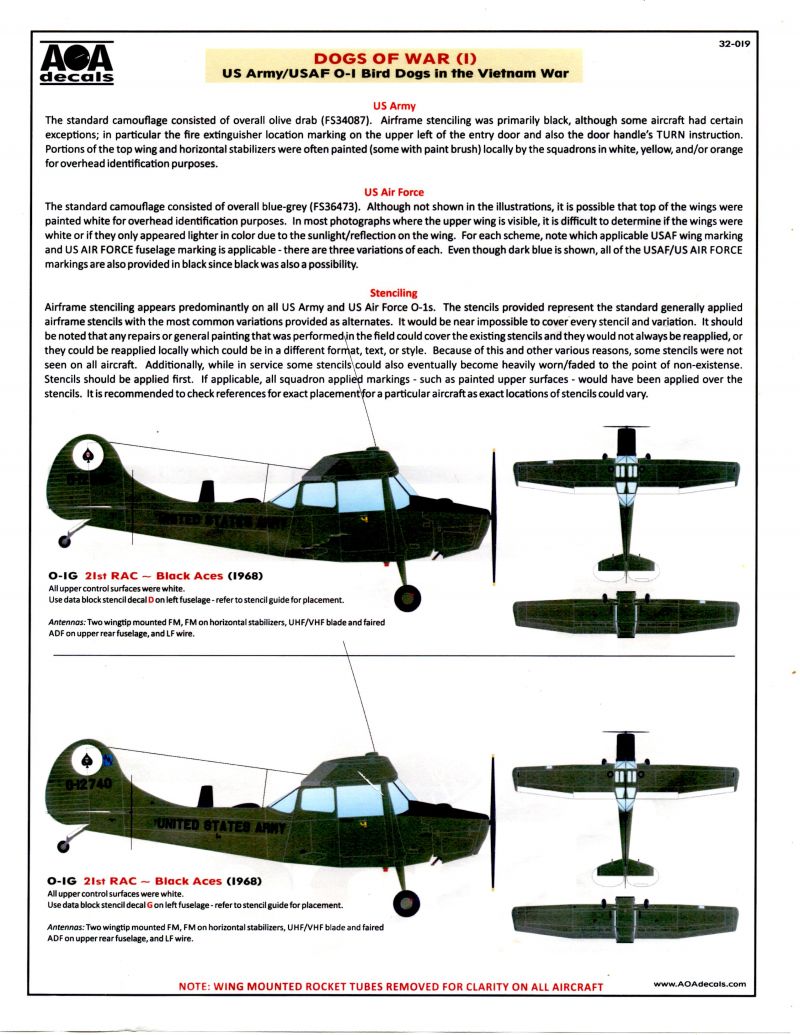 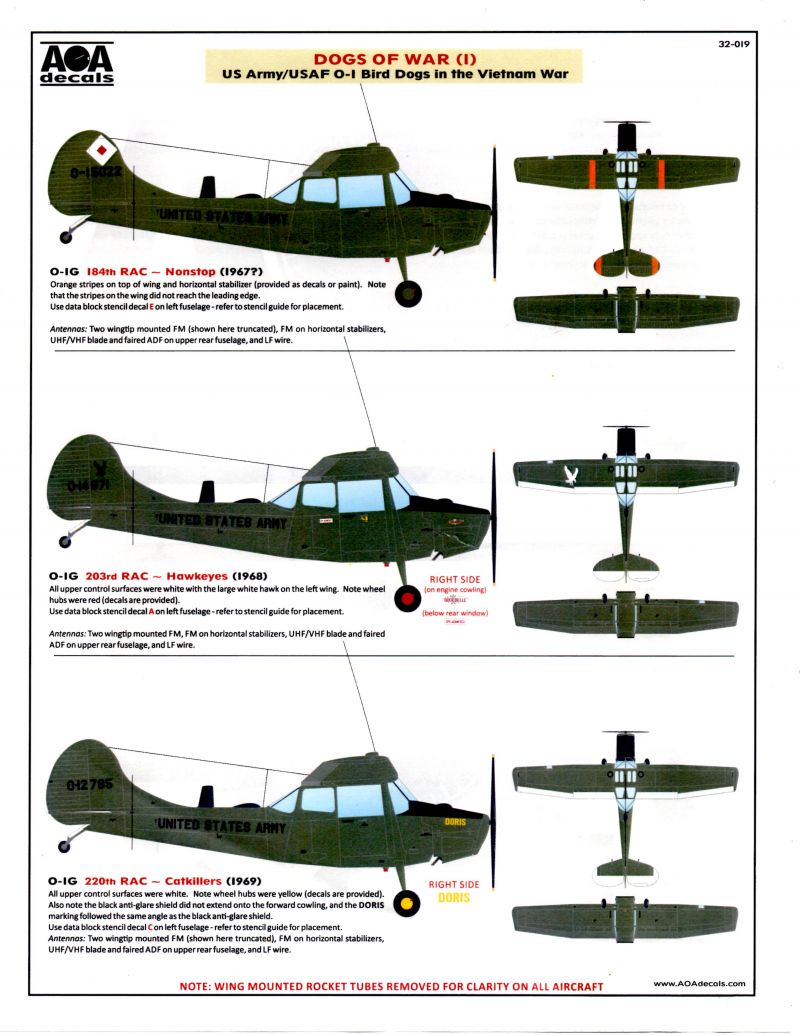 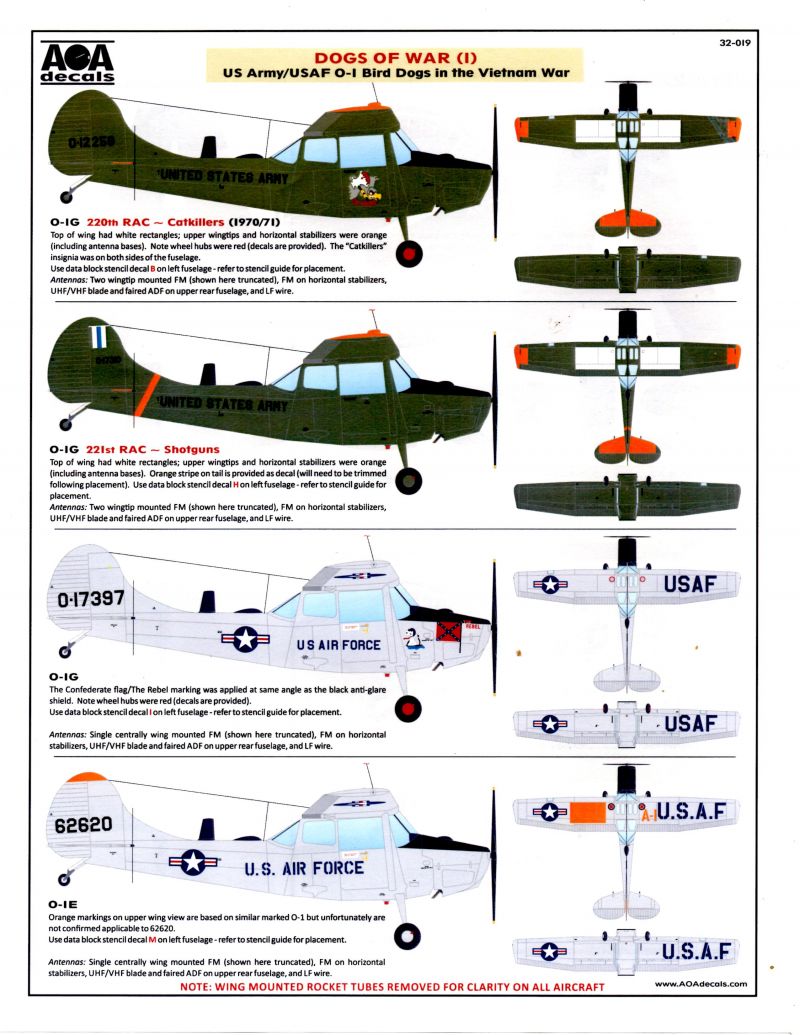 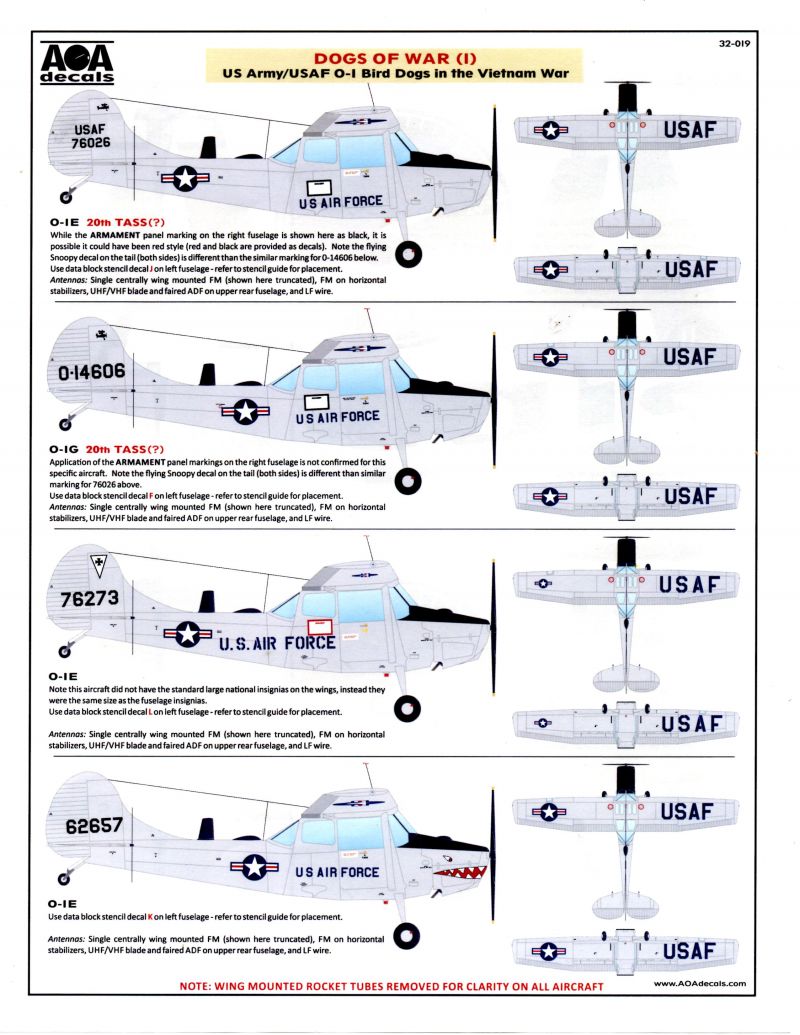 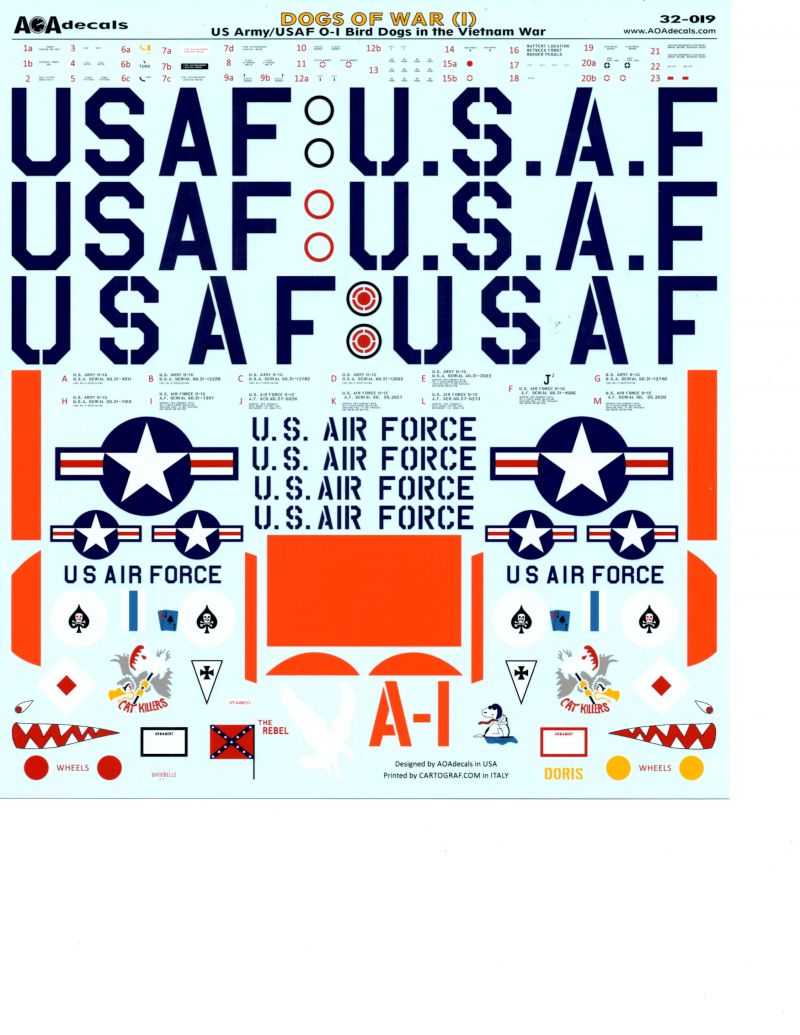 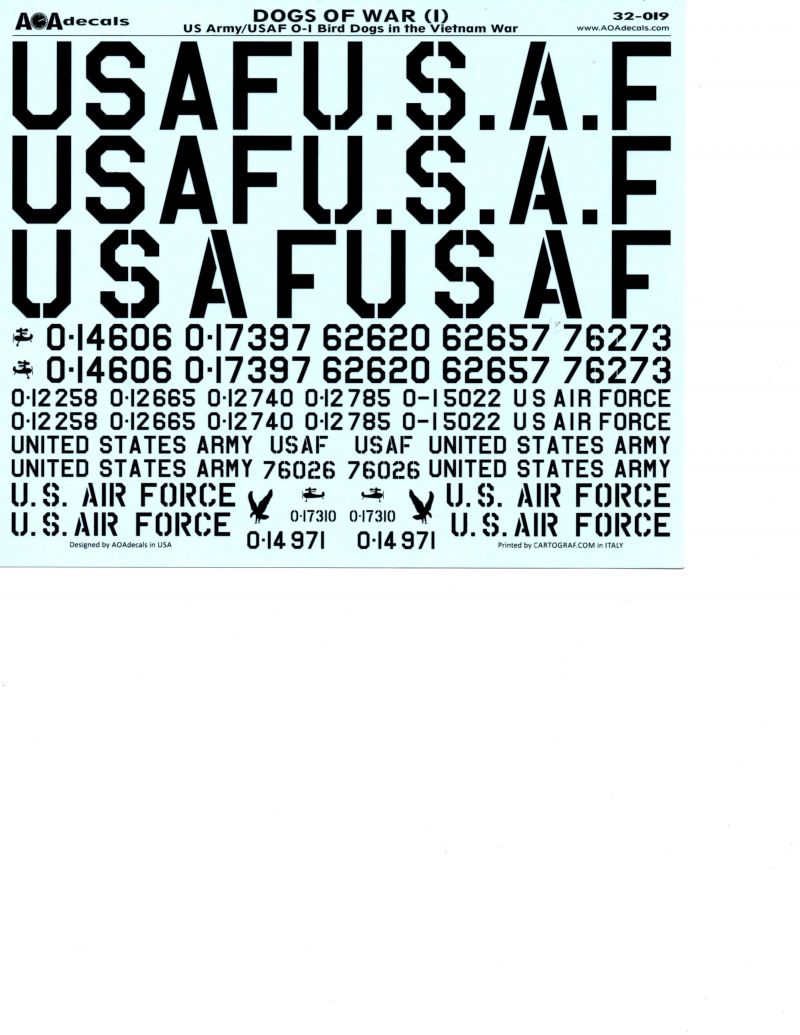 The decals are printed by Cartograf, are thin, very sharply detailed, the tiny stencils are legible under magnification. The colors are opaque and well defined. The carrier film is so minimal you have to look for it on the backing sheet, really nicely done standard high quality from AOA and Cartograph.

AOA has created another unique decal sheet for a very colorful and historically significant aircraft. If you are looking for O1 Bird Dog markings and want something that stands out and doesn’t look like every other model you might see at a contest, I would highly recommend these decals.