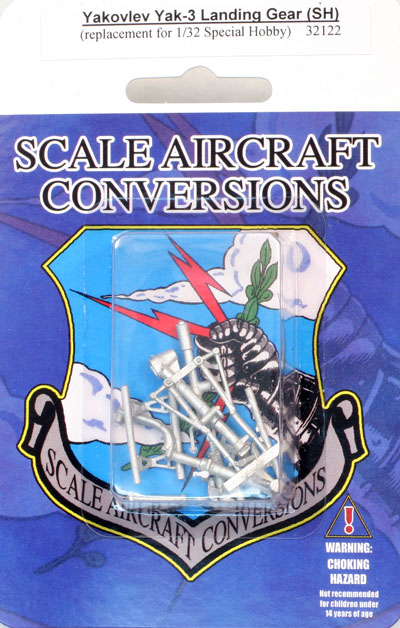 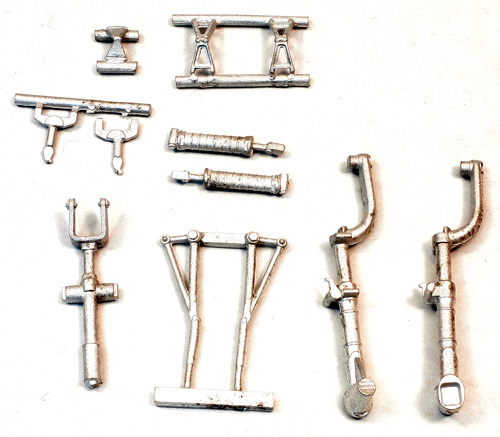 This set is simply meant to be a direct replacement for the kit’s plastic landing gear, providing the modeler the option to go with white metal instead of plastic. It does combine the two parts of the tail fork into a single casting, and provides the torque scissors as single parts instead of the two parts for each in the kit. While the casting is quite good, most of the details are unchanged and any defects of the kit parts, such as molding seams, are therefore replicated on the SAC parts.

I still am not happy with the softness of the alloy used. The Yak has spindly gear. The SAC gear is of course just as spindly as the kit gear and bends quite easily. I am not sure the SAC gear will not bend over time.