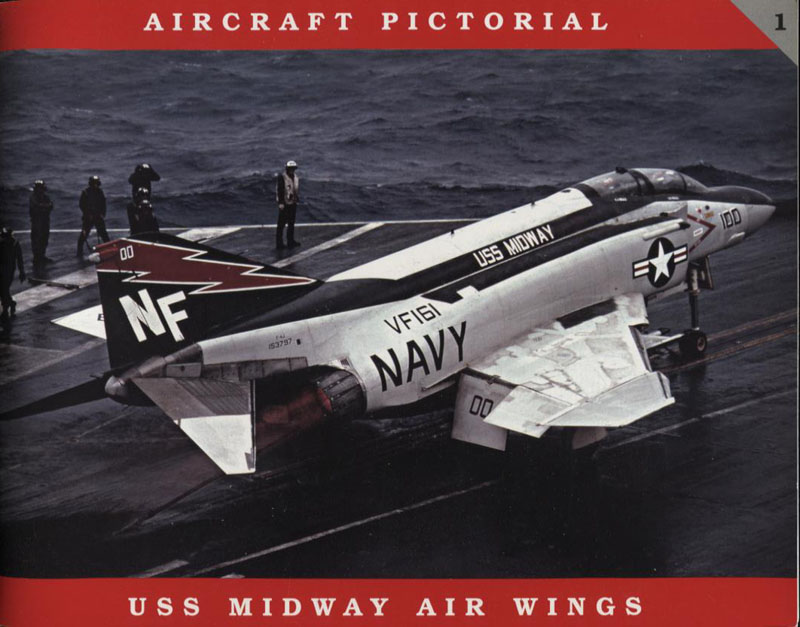 This particular book (No. 1 in the series), depicts the carrier air wings of the USS Midway, and is by far most substantial of all the series, being over 70 pages in length. This is only book in the series (so far), to deviate from one representative subject, delving, as it does, into the entire air wing compliment of aircraft, and it’s chock full of representative material;… live in air shots, as well as many generic photos on the carrier itself. This is also the only volume from the series, to be entirely black & white imagery, to me a tad disappointing, but nice shots nonetheless. The time-frames covered, range from late 1945, until late 1991, when she was retired from service, so quite a large swath of time. Impressive stuff, to say the least.

(The USS Midway herself, had quite the storied career/history, serving in both Vietnam, and the first Gulf war, and was the lead ship in her class. The Midway was also the scene of a by now infamous F9F Panther crash, a scene that has been used in multiple war movies, including Midway.)

While not a book that would fit well into my current book purchasing preferences, at the time of purchase, I was perfectly OK with it. I do not see this as one of the better volumes of the series, owing to the vast subject areas being attempted to cover, as well as the generic nature of the approach. If your taste runs to general aviation, rather than to specific subjects being covered, this book is probably fine for you.

As can be expected from a work of this nature, there are gobs of aircraft types represented, such as F-4 Phantoms, A-6 Intruders, A-7 Corsairs, F-8 Crusaders, F/A-18 Hornets, etc., etc. (USS Midway (CV-41) has been decommissioned and now serves as a museum ship in San Diego, Ca.)

The photos pretty much speak for themselves here, and in my opinion, are by far the best selling point of the series, even given the generalized nature of this particular volume. 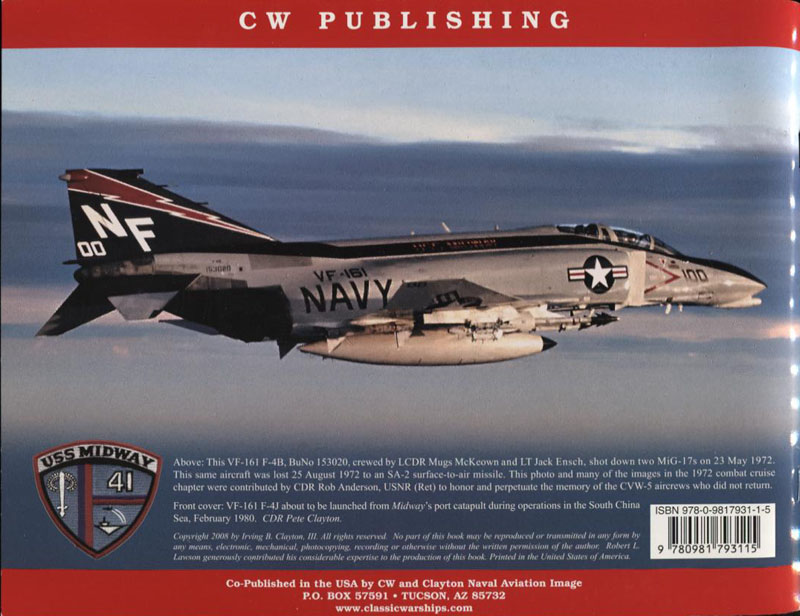 If you are really a naval aviation fan, and believe your library to be mostly complete, but do not own volumes 1 & 2 of this series, do yourself a favor and grab them both, you will not be disappointed in the slightest.

On a scale of 1 to 10, I’d rate this book as a 6, owing to its generalized and broad approach. As stated previously, there is currently another volume in the series that I don’t yet have, but I’ll be adding that too to my personal library as soon as I’m able, I enjoy them that much.