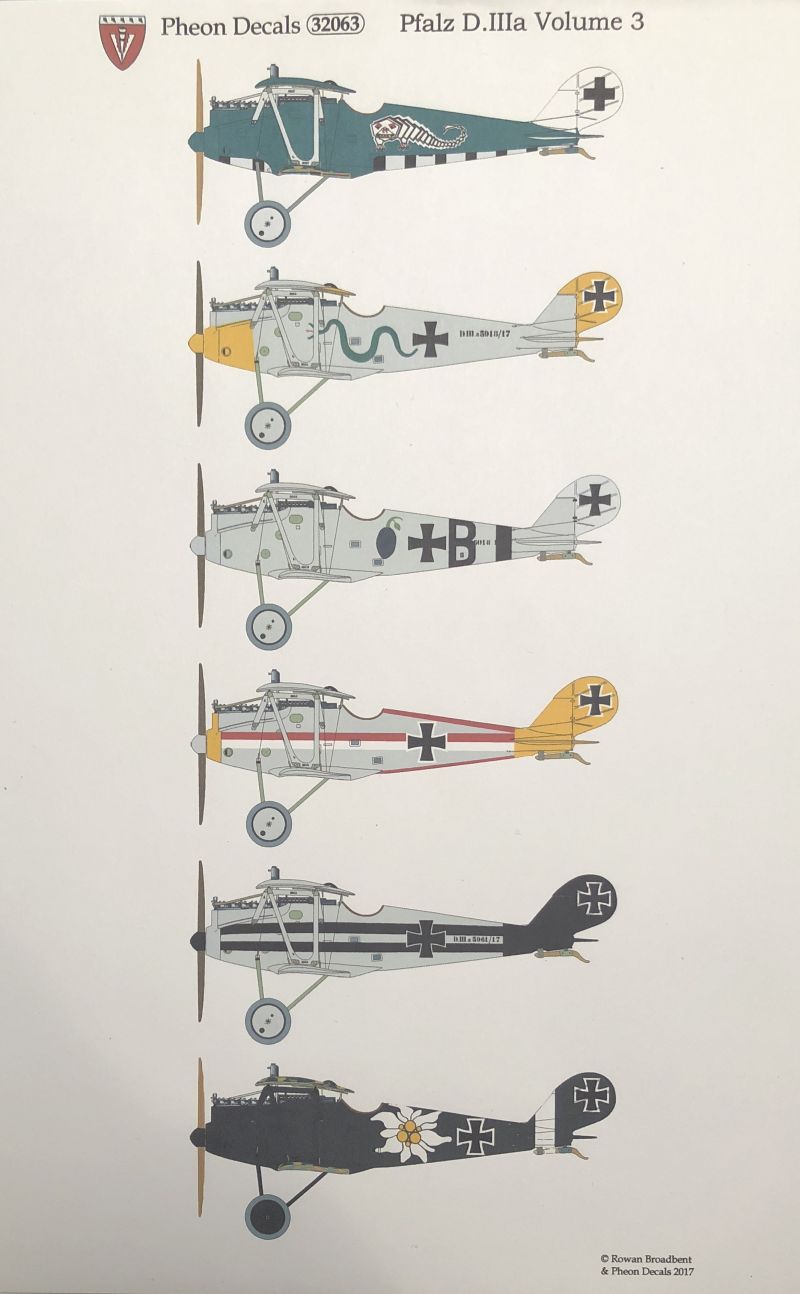 Pheon Decals has released a third collection of 1/32 scale decals with some rather interesting marking options for the Wingnut Wings Pfalz D.IIIa kit. All of the six aircraft featured appear in photographs in the two recent Windsock Centenary Datafiles #173 and #174, "Pfalz D.IIIa At War!" volumes one and two, and all six of these aircraft appear to never have seen the light of day in publications or decals prior to 2017. In addition to the main decal sheet, a tiny correction decal sheet is included along with full-colour profiles of all the aircraft printed on glossy card stock and an eight page printed booklet with brief aircraft history and historical notes on the aircraft and their markings when possible. 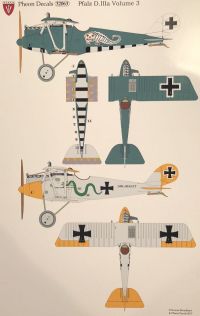 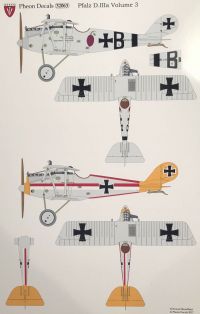 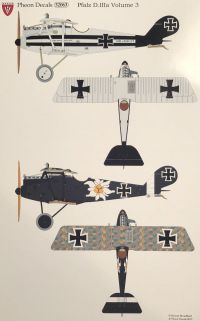 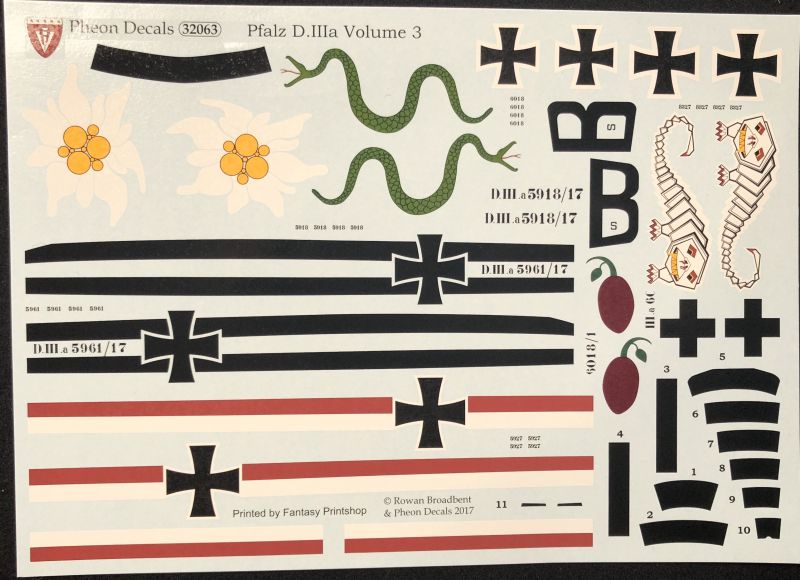 Pheon has again tapped Fantasy Printshop to produce the decal sheet; great as FP has a reputation for superb quality decals. All artwork is printed perfectly in register, and a small supplemental decal sheet is included containing two black triangles. These triangles are outlines for one fang of the Tatzelwurm that somehow missed printing on the initial sheet. It speaks to Pheon's attention to detail and quality when a release is delayed to add such a tiny correction. When markings are not 100% certain, possible alternatives are explained in the aircraft notes and leave the decision to the builder's preference and/or interpretation of the photographs in the two Windsock Datafiles.

Black stripe decals are included for the belly of aircraft #1, as well as a template in the booklet for masking the rear belly of the plane. There's not a template included for the silver area under the nose, but it should still be quite easy to mask and paint without this. The snake decals have some rather nice-looking scales printed on, as does the Tatzelwurm with fine double-lined outlines of the body sections mimicking the multiple photos of this aircraft. Fuselage crosses are printed with the stripes of the two aircraft where appropriate, and other fuselage/tail crosses are included as well. Wing crosses will need to come from the kit decals. 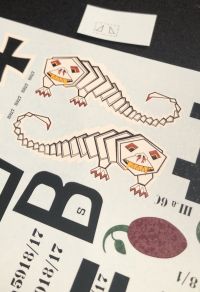 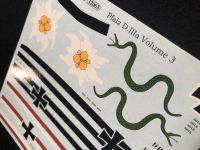