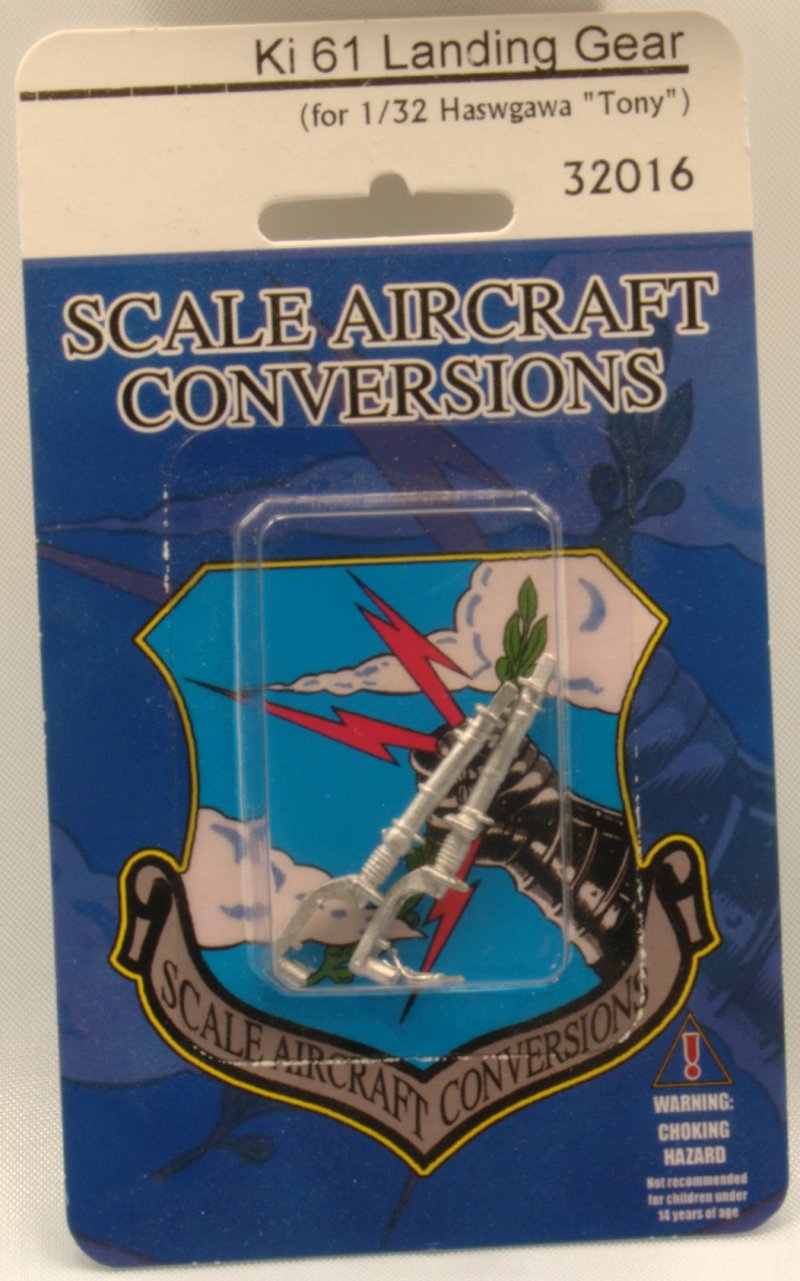 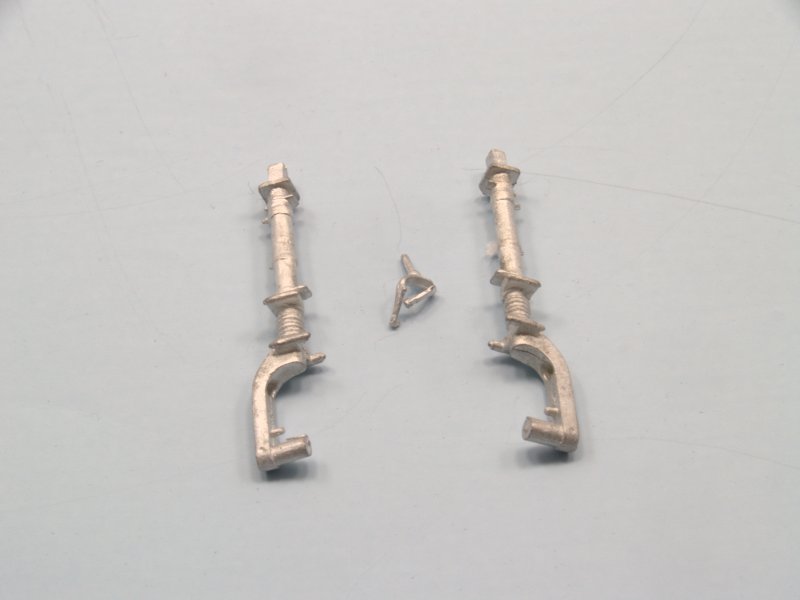 Three new struts are provided for the main gear and tailwheel yoke. These white metal parts appear to be the exact copies of the landing gear provided by Hasegawa. They are nicely detailed with seam lines barely visible and are drop-in replacements for their styrene counterparts. My tailwheel yoke arrived damaged, but that should not be held against Scale Aircraft Conversions, as it could have happened anywhere along the transit route.

Considering all of the large scale kits being produced, they can be very heavy when completed. Over time the plastic landing gear is prone to sagging and eventual breakage from excessive handling and the weight of the model. These new white metal parts from Scale Aircraft Conversions should provide greatly needed support for your Tony and I recommend them without hesitation.