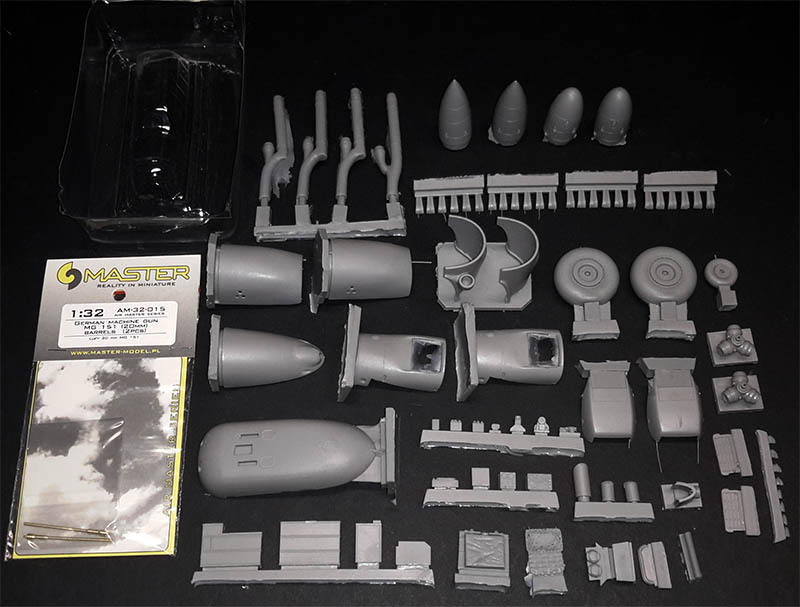 Large scale aircraft modellers have been clamouring for nightfighter versions of the iconic Bf 110 ever since Revell released its inadequate G-4 kit way back in the 1970s. When Dragon released its excellent range of C/D/E variant kits during the late 2000s, hopes were raised that F and G models were soon to follow, but nearly a decade on, there's still not even a hint of such kits.

Fast-forward to 2017, and AIMS has finally picked up the baton and produced a pair of conversion sets for the Dragon kits. The one we'll take a look at here is intended to convert any of the Dragon Bf 110 C/D/E kits to F or G-2 configurations.

The two conversion sets appear to have no specific catalogue numbers, and this one arrived well-packed in a plain shipping box, with the annotation "F/G-2" scrawled in permanent marker on the box top. Inside, a surprisingly large number of resin and metal parts is protected by a generous serving of bubble wrap: 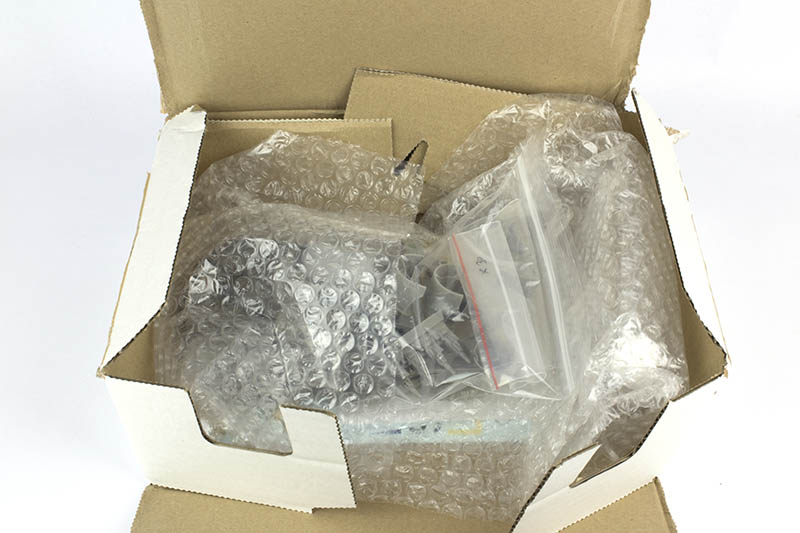 The parts breakdown is as follows:

What you actually get in the set is somewhat dependent on which Dragon kit you intend to use with the conversion, due to particular releases already containing certain required parts that others don't. If you let John McIllmurray of AIMS know which kit you have at the time of ordering, he will adjust the contents (and price) to suit. For the purposes of this review, John has supplied every possible part.

The resin parts are all contained within a single resealable plastic bag: 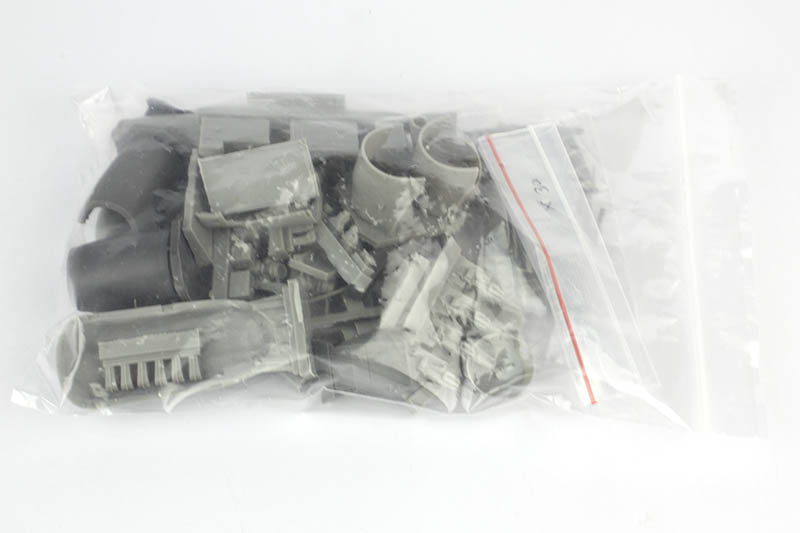 The quality of the casting is largely excellent, with all the cowling and radiator parts hollow-cast. There is, however, a small damaged section on one of the radiators in my sample: 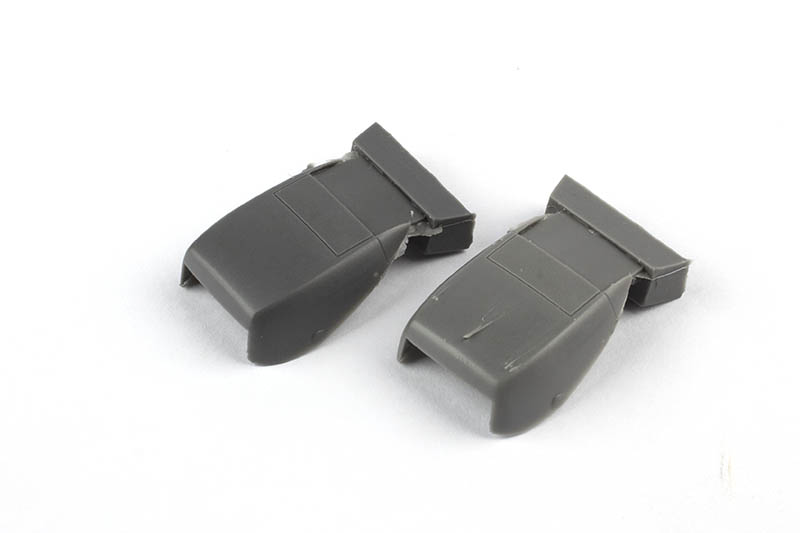 Also present is the expected resin casting flash, which is at its worst on the exhaust flame-dampers: 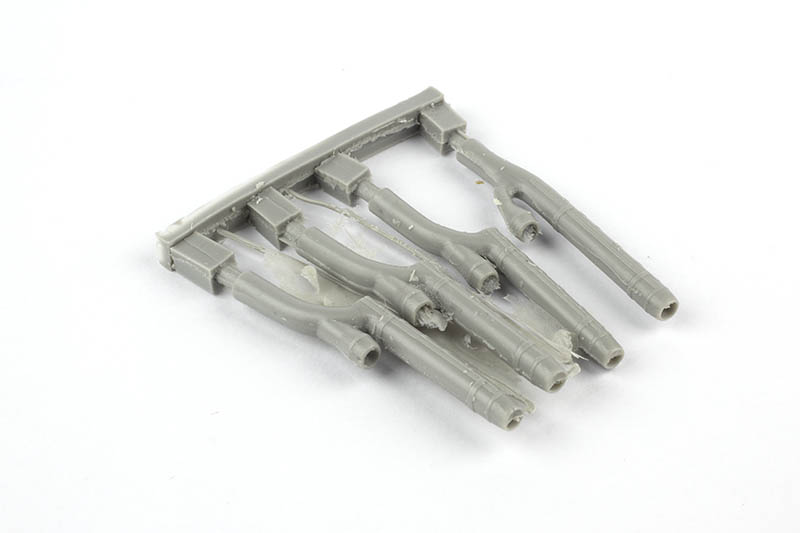 This is simply the nature of the medium, and given that this set is intended for experienced modellers, should present no problems.

The nacelle parts are intended to be direct replacement for the kit parts, meaning that surgery on the kit parts is kept to a minimum, and this will also minimise the potential for errors leading to fit problems.

A pair of clear resin parts is included, and while difficult to see in the photo below, they replace the wing-tip parts (F19 & F44) in the kit, allowing for a seam-free representation of the clear landing lights: 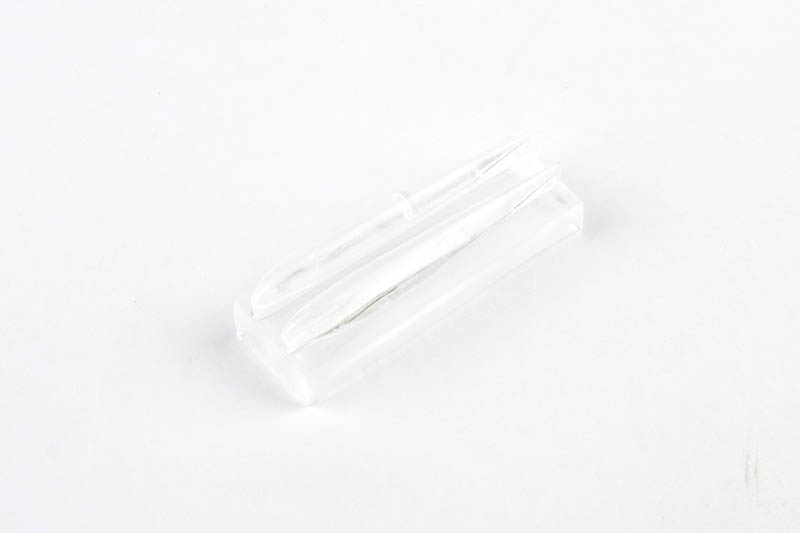 The conversion set comes with two photo-etched frets: one containing detail parts, and the other housing the external nose armour panels.

Note that the smaller sheet with the nose armour replaces the incorrectly shaped parts on the main sheet. John caught this error while test-building the set, and immediately acted to correct it, which is a terrific example of his dedication to quality and accuracy.

Along with the photo-etched frets, AIMS has included two sets of turned metal parts from Master Model and Profimodeller respectively.

The first set is a pair of turned-brass MG 151 barrels from Master Model: 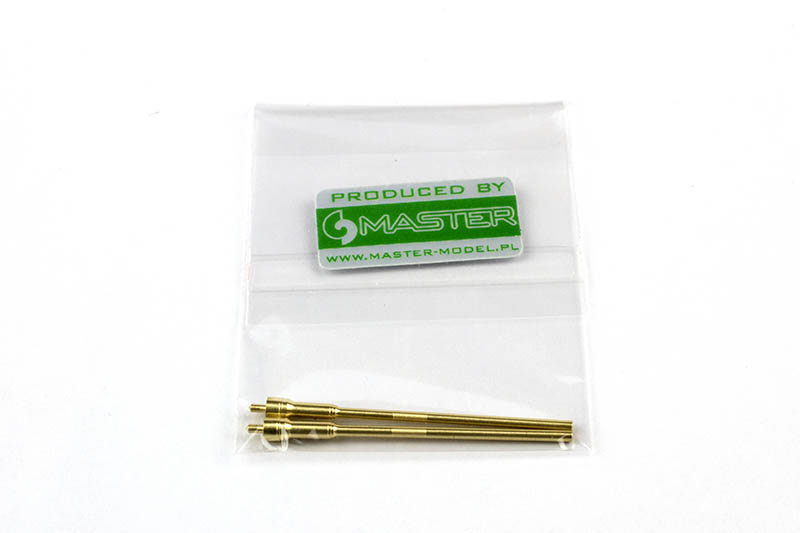 And the second is a rather more substantial set of Rüstsatz M5 underwing rockets from Profimodeller: 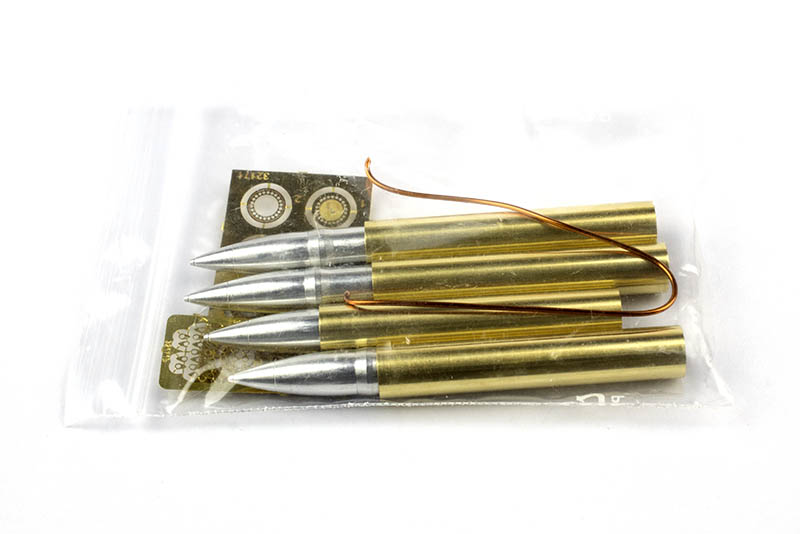 This set includes brass tubes for the rocket housings, turned aluminium rockets, and two small photo-etched frets for details. There's also a length of copper wire included, though it's not immediately clear what it's for - ignition wire, perhaps?

AIMS provides the rear section of the canopy, which differs from the kit versions, as a vacuformed part. Thoughtfully, two are provided to insure against mistakes while cutting them out: 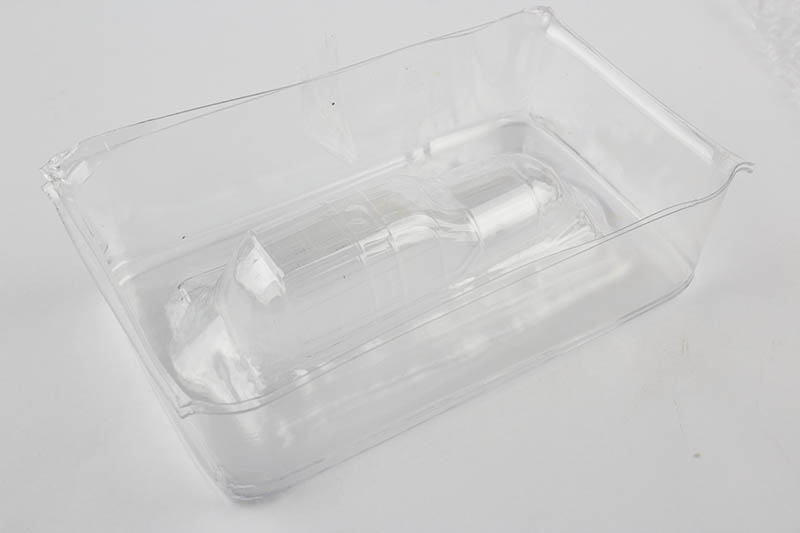 This is probably the most difficult element of the conversion, and will require some care and skill to make the best of it. Prior experience with vacuform canopies will be most beneficial! The instructions provide some tips for getting the best results.

Decals are included for no less than five aircraft, and are impressively printed by Cartograf of Italy. The carrier film is thicker than you usually see from this printer, but they're perfectly in register and feature excellent colour density.

Three sheets are supplied: one for the the individual aircraft markings, one for the national markings, and one that contains all the stencils. 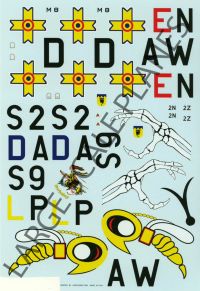 In the forums, Heinz Erdner has pointed out that there are some minor spelling errors on the drop tank stencil decals, specifically Sofort, not Sofurt; bei, not hei; Polizeidienststelle; not Pulizeidienstelle; and Kraftstoffbehälter, not Kraftstuffhehältter. If this bothers you, replacements may be able to be found elsewhere.

The included schemes are as follows: 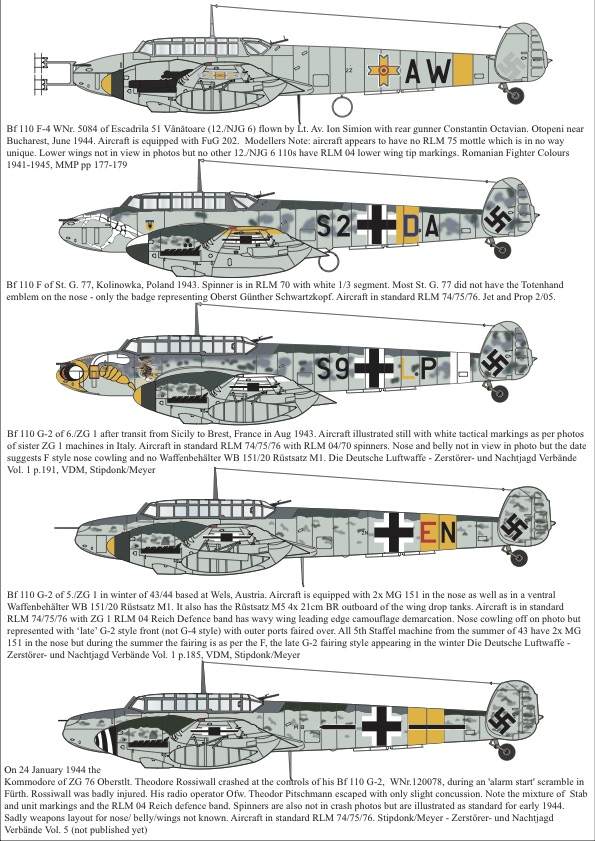 The instructions for this conversion set are supplied on a CD-ROM, and consist of a series of PDF files representing the pages of the instruction booklet, along with a selection of reference photos and images. 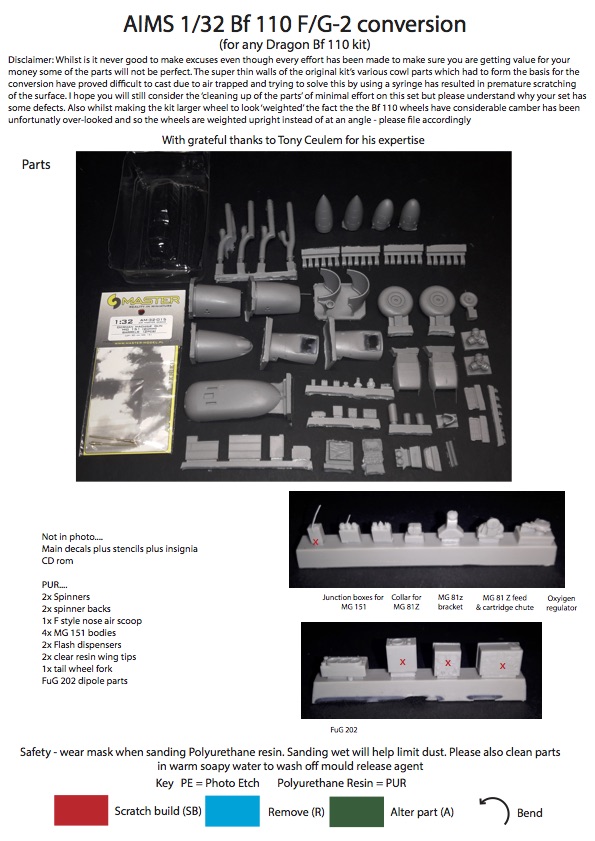 The external optical drive attached to my computer had trouble reading the disc, and it took me several tries to copy all the files over to my hard drive. Hopefully this is not a widespread issue. AIMS has since published two addendum PDFs available by email upon request, but I've only been able to obtain one so far.

This is an ambitious and comprehensive conversion set, and is necessarily complex as a result. It contains all the parts necessary to convert any of the Dragon Bf 110 C/D/E kits into either the F or G-2 variants. This set is a true mixed-media affair, combining resin, photo-etch, brass, aluminium, and vacuform parts, using each medium to its best advantage. Throw in the quality decals that provide some interesting schemes, and this really becomes the complete conversion solution.

And for that reason, while I heartily recommend this set, I would direct that recommendation to more experienced modellers - especially those modellers with previous experience working with vacuform canopies.

If you have the requisite experience, then this set is a no-brainer for anyone wishing to model a Bf 110 F or G-2 variant.

To purchase this set, send an email to aimsmodels1@gmail.com, specifying which Dragon kit you intend to use with the conversion (if you can).