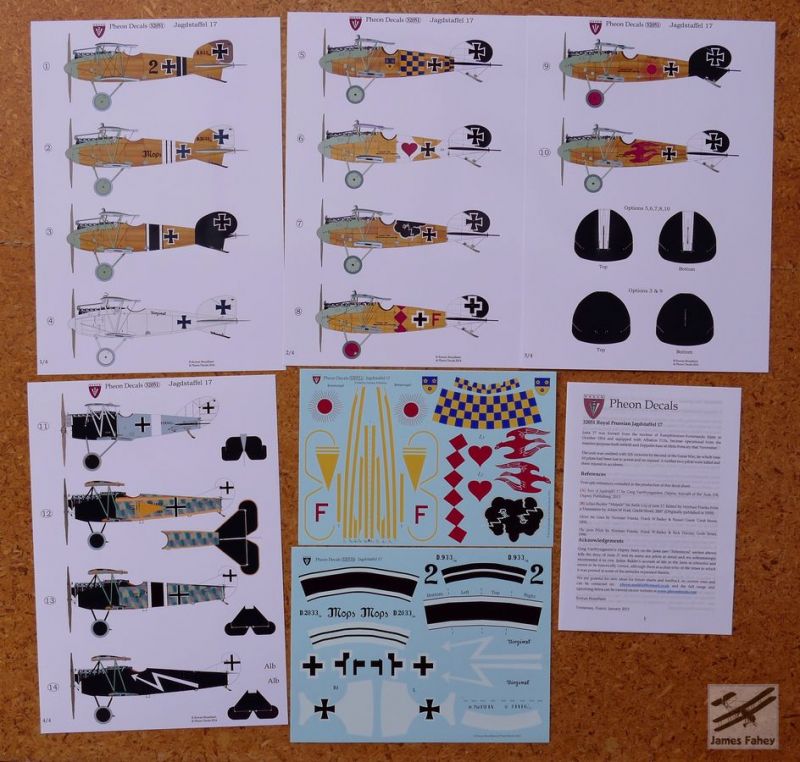 Over the course of the war Jasta 17 scored 101 aerial victories including fourteen wins over enemy observation balloons. Another 22 of the squadron's claims were unconfirmed. Julius Buckler was the predominant ace of the Jasta (and one of the leading German aces over all) with 35 or 36 victories. He rose through the ranks to receive an officer’s commission, won the Military Merit Cross the most prestigious Pour le Merite. Buckler was probably the only German ace to be wounded seriously enough times to receive the Golden Wound Badge and became the Jasta’s final Staffel leader.

This decal release is largely based on the excellent Jasta 17 Aces book, Osprey Aircraft of the Aces 118 by Greg VanWyngarden, which both Pheon and this reviewer highly recommend. 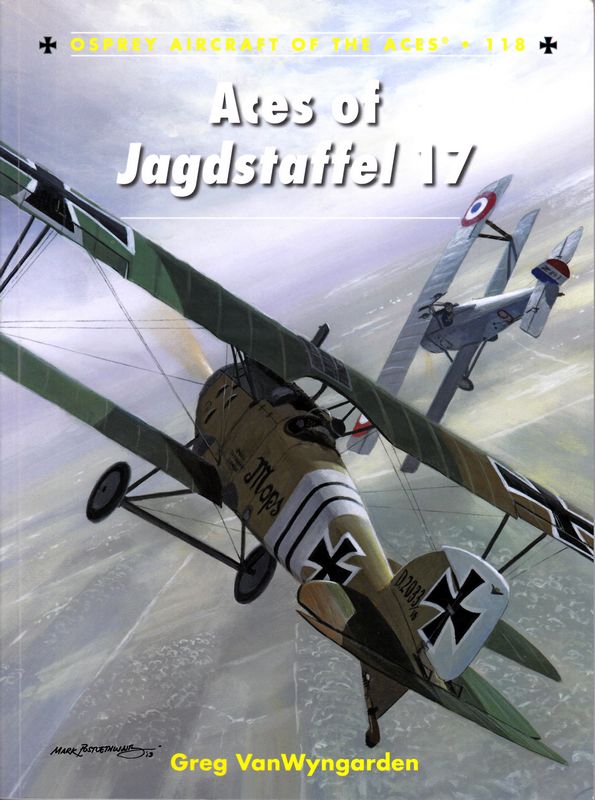 Other references include Julius Buckler “Malaula” the Battle Cry of Jasta 17, edited by Norman Franks from a translation by Adam M Wait, Grubb Street, 2007; 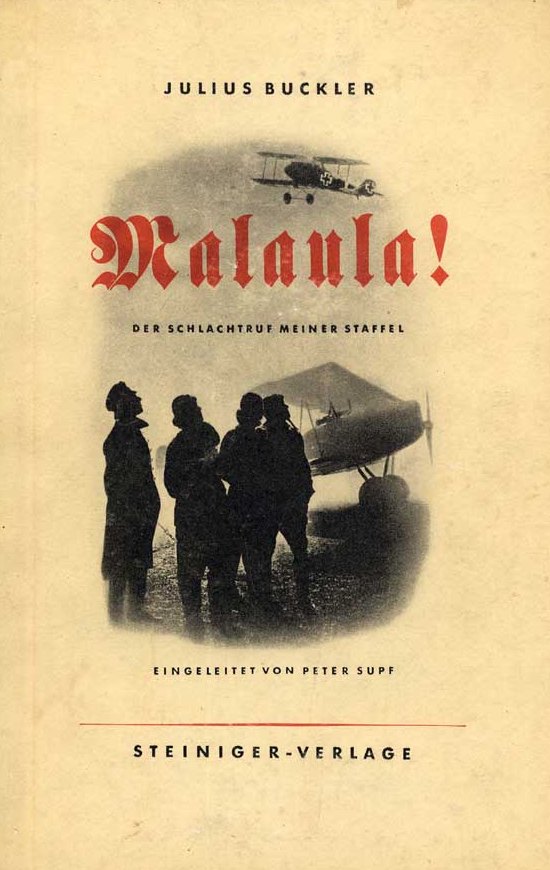 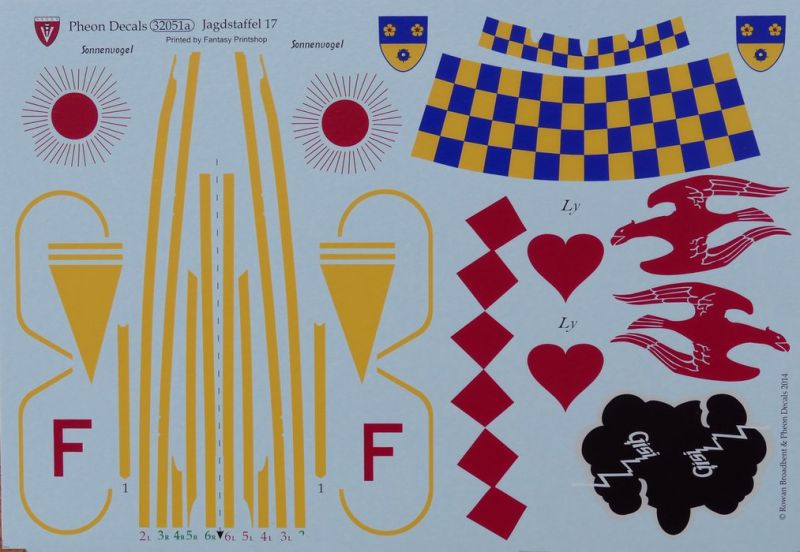 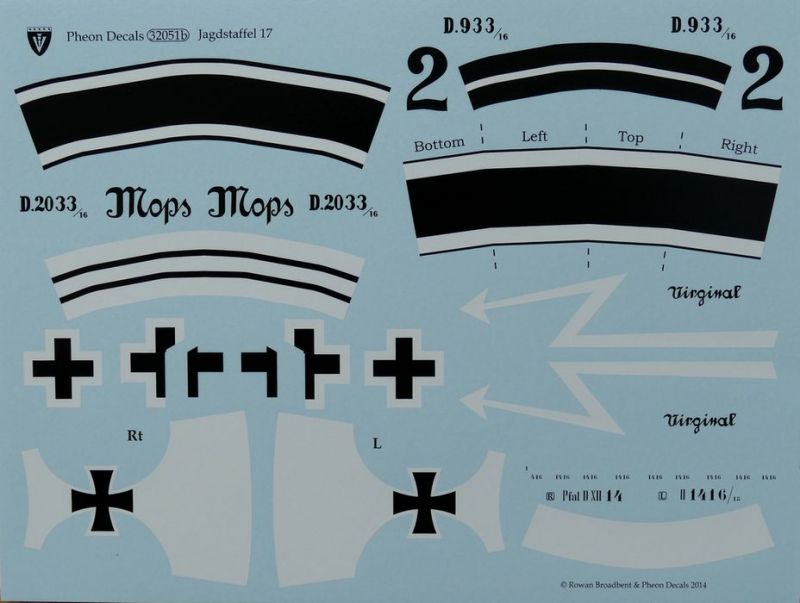 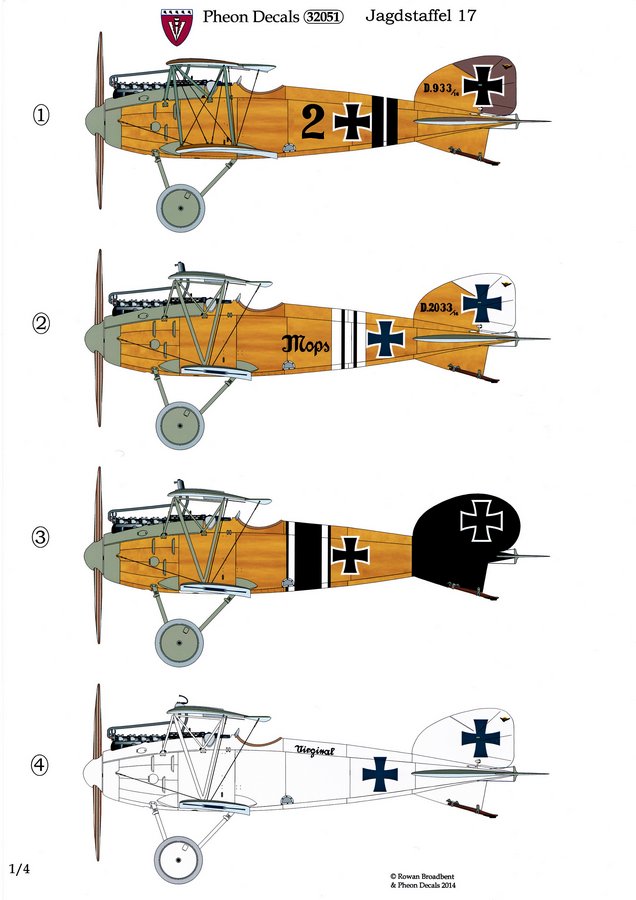 1. Albatros D.II (OAW) 933/16, Vzfw Jakob Wolff, Metz-Frescaty, February 1917. At the current time the only kit of an Albatros D.II is by Encore, a reworked version of Roden’s Albatros D.I. 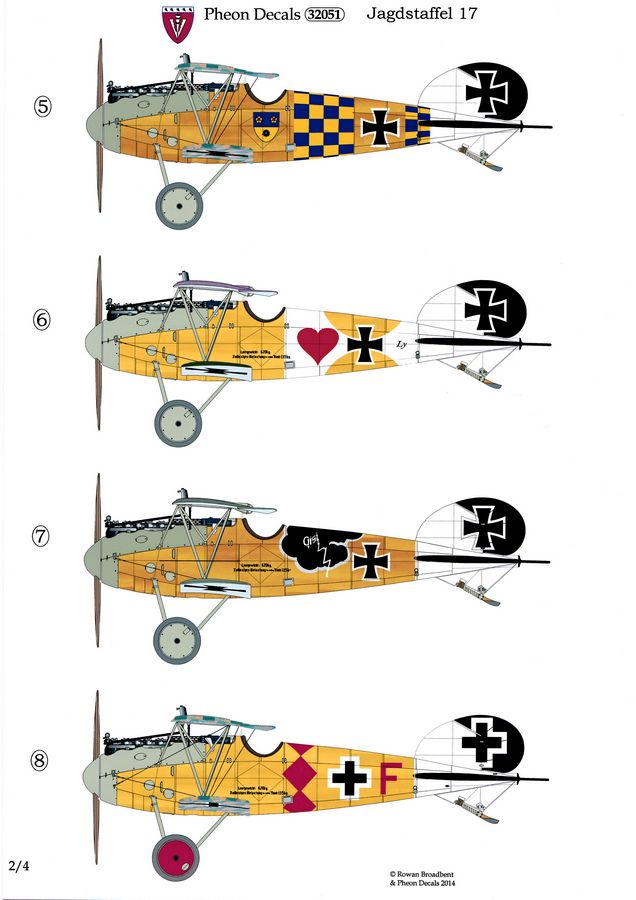 8. Albatros D.Va (OAW) serial u/k, Ltn Alfred Fleischer, Ercheu, June 1918. These markings were included in Pheon's earlier set #32036 but in black. As the markings are depicted in the Osprey book in red, so they are in this set. 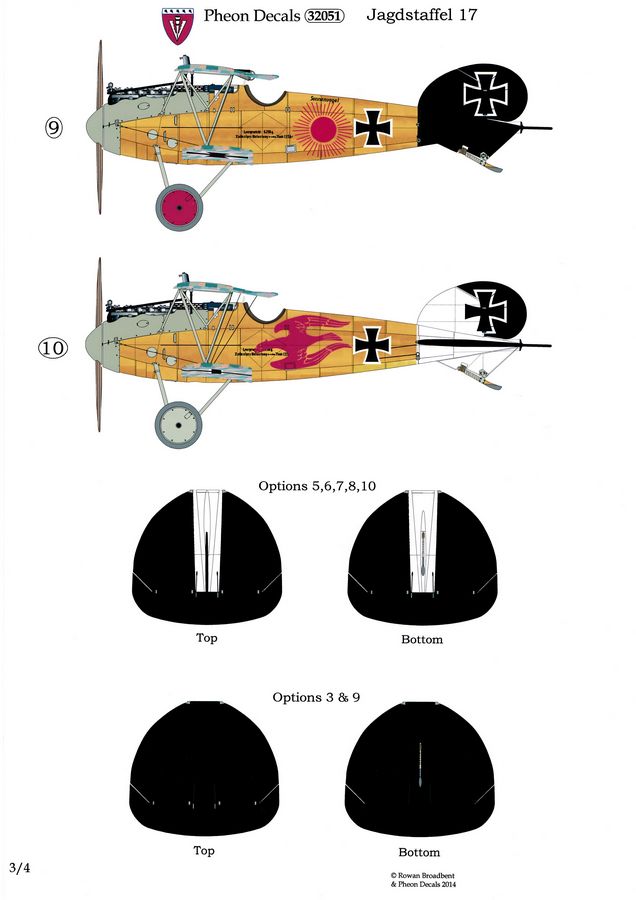 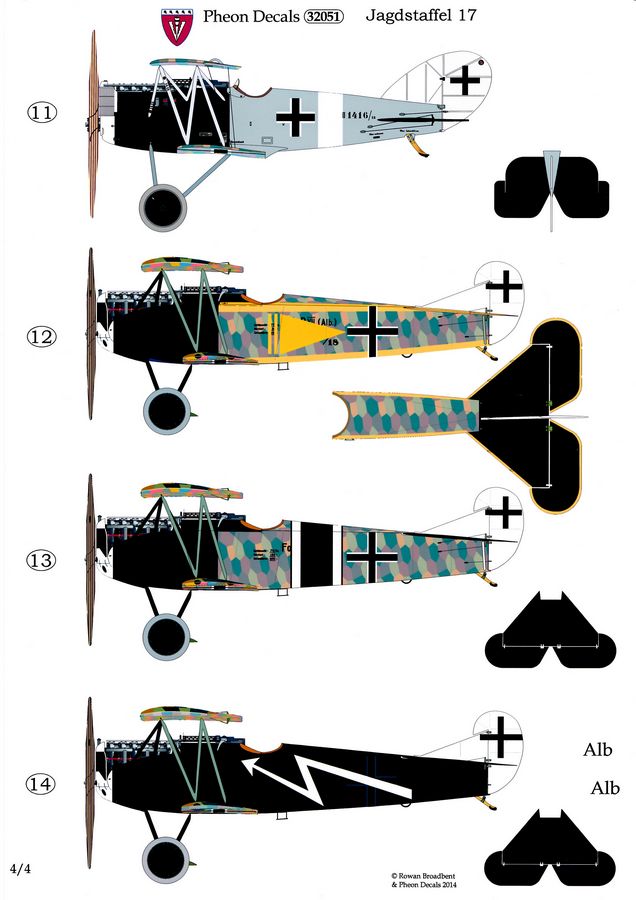 Pheon decals are only available directly from the manufacturer.

Jasta 17 is an excellent of subject for a set of WWI decals, the individual markings are superb, really inspirational, and Pheon’s designs have captured the look perfectly. While some of the markings options are reasonably simple, some are absolutely gorgeous and are crying out to be built.

Four pages of full colour A4 sized profiles showing decal placement. These are beautifully done Notes on individual aircraft and pilots along with commentary on areas of uncertainty and the assumptions made where historical evidence is lacking.

Historically accurate fonts for serial numbers (unlike some other after-market decal manufacturers who use modern fonts as a short cut).

Well packed in zip lock bags inside a padded envelope

No it's all good.

This is a really great set of decals – colourful, interesting, inspiring, accurate … just what is needed for an after-market set to spice up our modelling lives. Well done Rowan, this release deserves our full support.

Thanks to Pheon Decals for providing the decals for this review.