Recently released by LEM Kits is the late-war German concept aircraft, the Focke-Wulf P.7 “Flitzer.” This aircraft never got past the mock-up stage so is in the ‘Luft 46’ category. The aircraft’s projected performance with a single jet engine was no better than the Me262 with its two engines. Therefore the project was cancelled. Later, the Ta183 was able to do better and was working towards prototype stage at the end of the war. Russians studied the design after the war, and once mated with a licensed copy of the UK’s Nene jet engine, built a winner that gave the US headaches in Korea. The Flitzer- style layout with the twin booms and high tail did appear later, though, in the UK’s Vampire series of fighters. Were they inspired by the Flitzer? Probably not, though it is interesting to contemplate the possibilities... 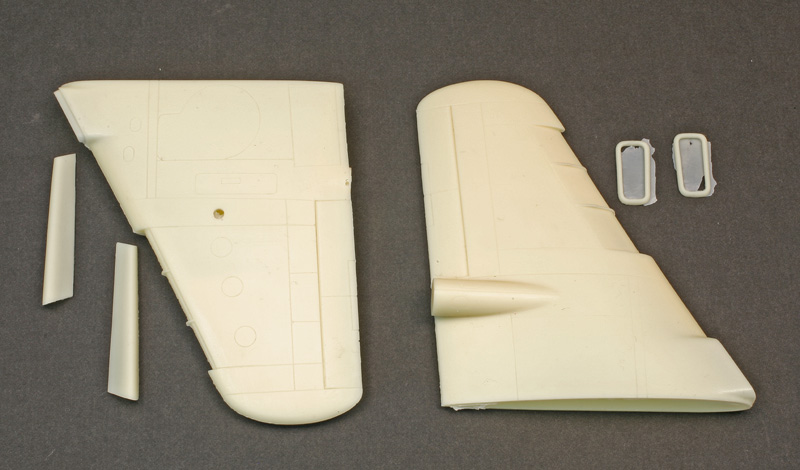 Note this kit is of the later proposed version of the Flitzer, with the mixed power plant. It consisted of the jet engine and a small rocket engine below it to assist with take offs. It also includes the proposed ZFR telescopic gunsight.

Primarily a resin kit, it is composed of 55 (by my count) resin parts, some brass rod, a pair of vacuform canopies, a piece of film with the instrument dials, and a small sheet of generic decals. No nose weight is included, they call out for about .88 oz of weight to be placed under the cockpit, and the design of the aircraft with most of the weight in front of the main wheels will not need much to keep it from being a tail-sitter.

The resin is well cast, just requiring the usual clean up of flash and seams, plus the removal of a few casting blocks. The wings are cast as single pieces with about the first third hollow. Details look good for the most part though some repair of small details and panel lines may be required. Separate leading edge slats and intake rims are provided. Ailerons are fixed in a neutral position. 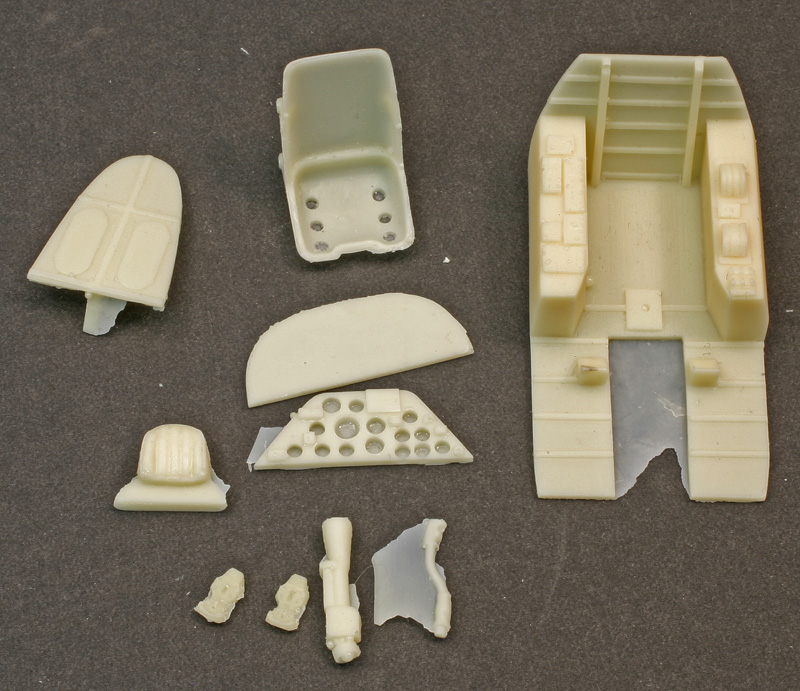 The cockpit is pretty basic. It appears to be based on the wood mock up of the design which from photos show just the essential components installed. The right side of the cockpit only had wooden shapes with controls drawn on. LEM includes some photos, I think from the internet, more than the few in my Luft ’46 reference books, to help the modeler. If more detail is desired, especially on the side walls above the consoles, I suggest (and plan on doing myself) adding detail items based on the Fw190D or Ta152 series of aircraft. I would definitely replace the rudder pedals with some PE types as the resin just don’t do them justice. The sandwich style instrument panel should look pretty good. The two vac canopies look quite clear and should really sparkle with a dunk in Future. From photos in the references, you may want to add a cylinder to the rear of the canopy, which was supposed to help fire the canopy off in an ejection. The photos show a framed canopy instead of the bubble canopy provided, but as this is a what-if aircraft do what you want. References also show fuel tanks behind the pilot so maybe add some filler caps back there, as well as on the rear spine behind the canopy? You will also need to add your own seatbelts. 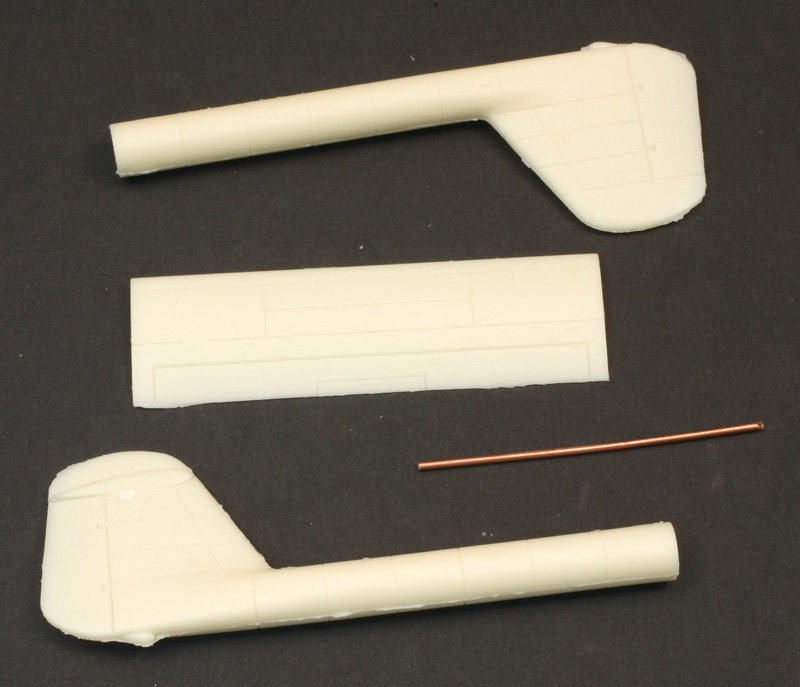 The tail booms are separate parts combined with the rudder. The elevator is mounted high between the two rudders. They are best pinned together, and the assembly then pinned to the fuselage. A length of copper wire is provided for this purpose. A jig would come in handy to keep everything aligned. 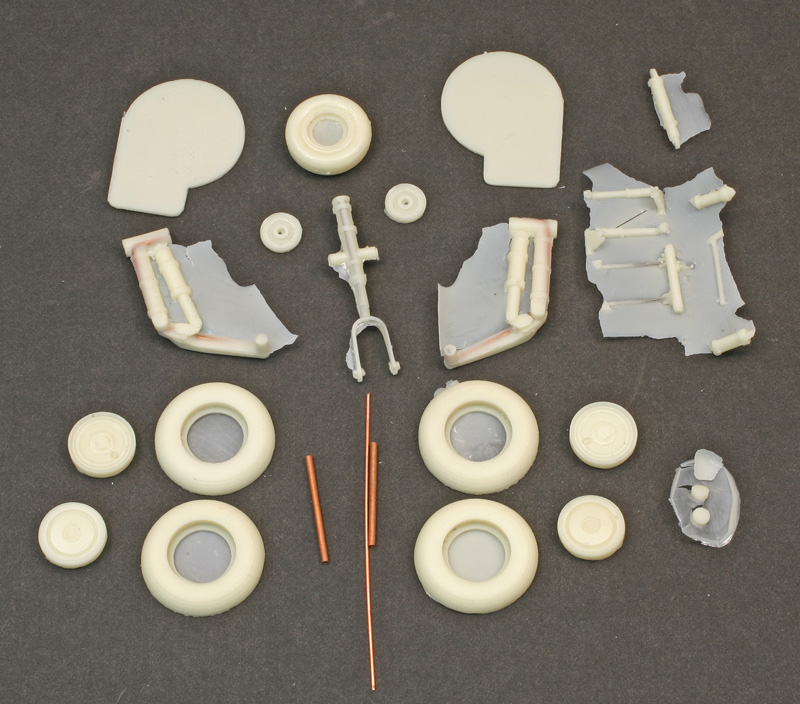 The landing gear consists of several parts. The gear itself is resin with metal wires cast inside for strength. You can see them in the photos, but it doesn’t appear they poke outside the resin anywhere. There are several actuators to add, and lengths of rod are supplied for axles and piping. The wheels look pretty good with light tread detail, but the mainwheels are cast in halves which I hate and hopefully tread detail won’t be lost while working the seams. 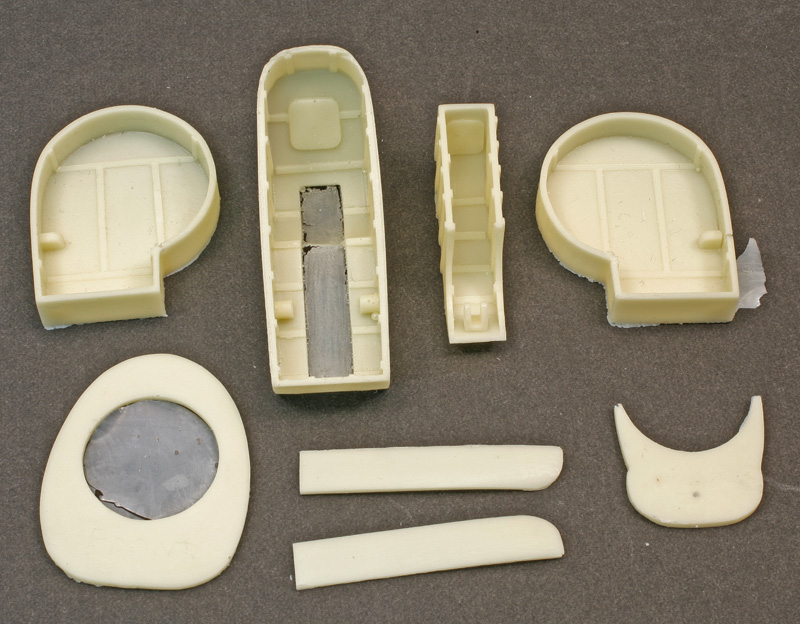 Wheel wells are separate and have nice structural detail in them, though no piping. 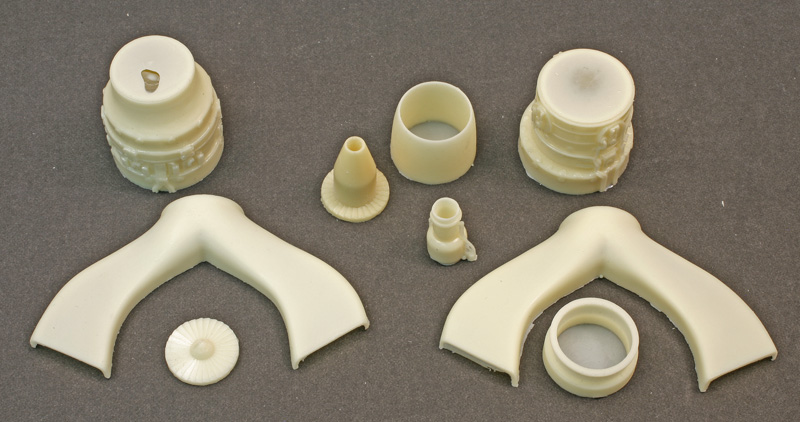 Nine parts make up the engine an its intakes. The intakes are split in two thinned-walled halves which should make smoothing the seams interesting. The engine seems well detailed with piping and fittings cast on the exterior of the parts, although the interior is smooth. Thankfully the engine parts are not split in halves so no seams to worry about. A fan face is also provided to defend against the dreaded pen lights at the competition tables. The small nozzle represents the rocket engine outlet. A couple of bulkheads are also included to help align the engine and strengthen the fuselage assembly. 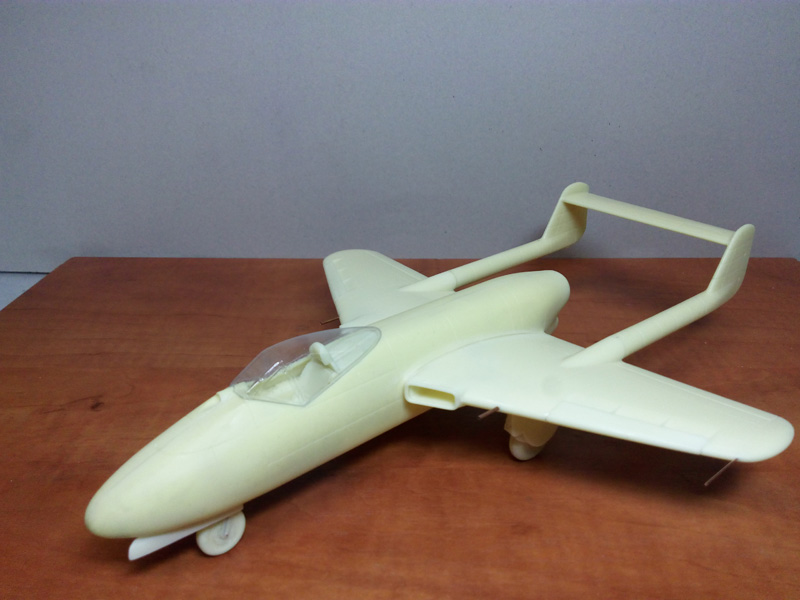 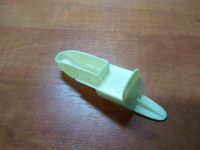 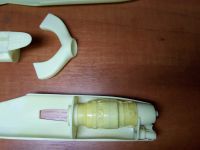 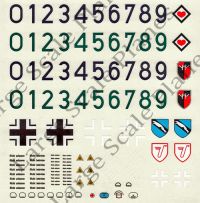 Instructions are provided as a series of color photos on a CD. No written instructions are included, but the photos are pretty self-explanatory and with the relatively low parts count any experienced modeler should be able to negotiate assembly. Again, a generic decal set is provided and considering this aircraft never saw action, your imagination can go wild with paint schemes and markings.

There are not too many references but one is the Schick and Meyer book, Luftwaffe Secret Projects: Fighters 1939-1945, and it only consists of a couple pages (143-144 in my edition) with a few photos and a couple drawings. More information is in the Monogram Publications book by Griehl, Jet Planes of the Third Reich, The Secret Projects Vol. One. In this book, there is info spread across a few places including info on the mixed few system. There is also a short entry with many of the same photos on the luft46.com site.

I love seeing these large-scale offerings of the German paper projects. The late engineering studies were imaginative and interesting design studies and they are fun to build up.