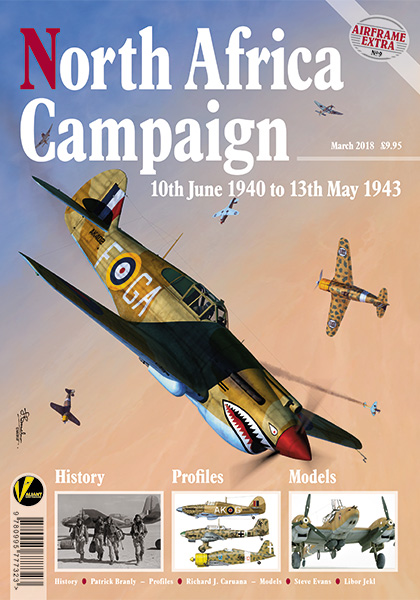 This 18-page section is written by Patrick Branly, and covers the background and conduct of the North Africa campaign, running from June 1940 to May 1943. The format follows a basic chronological description of events, with context given where appropriate. It includes a smattering of interesting period photographs, and represents a handy primer for the events of the conflict itself, as well as being a good starting point for further historical research.

The first of the title's six model builds sees Steve Evans build the neat little 1/144 scale Ju 52/3m kit from Eduard. Like all the builds in this book, it's a typical magazine-style photo-essay of the build, covering five pages of hints, tips, and advice. While largely an out-of-box build, the result is terrific, and truly belies the model's tiny scale.

As with all the profiles in the book, this section is illustrated by Richard Caruana, and features three pages of colour profiles with captioned colour notes. While the schemes are largely of the familiar sand-and-spinach variety, there's enough variation here to serve as inspiration for a wide range of Luftwaffe types.

Libor Jekl tackles the book's second build, featuring the Special Hobby 1/72 Kittyhawk Mk Ia kit. The style of this eight-page build is similar to the preceding one, as is the result! Libor Jekl's builds for Valiant Wings publications have single-handedly persuaded me that 1/72 models can in fact appear as convincing as those from larger scales. Bravo!

These six pages contain plenty of Hurricane, P-40, and Spitfire profiles, along with a grab-bag of other common types deployed during the campaign—probably the most surprising example being a Sunderland. Once again, plenty of inspiration on offer.

Steve Evans returns to tackle Fly's large scale Hurricane kit across six pages, and does a terrific job. The kit is tricky in some areas, especially in fitting the cockpit, so Evans' tips will be invaluable to anyone building this kit.

This section probably features the greatest range of camouflage schemes and variations in the book, with various shades of brown and green splashed about with seemingly casual abandon. Among the expected Folgores and Falcos, there are also Bredas and Capronis, IMAMs and Macchis, a selection from Savioa-Marchetti, and even a single Stuka. Anybody looking for an airbrushing challenge could do worse than look here!

Libor Jekl is back with a nine-page build of the Hasegawa 1/72 He 111H-6 kit, and the result is predictably superb. Lots of hints and tips for getting the most out of this kit, too.

The large page title misspells Dewoitine as Dewoitone, but that's about the only flaw on show, as Libor Jekl takes the 1/72 scale RS Models kit through its paces, and produces a model that easily looks like it could be 1/32 scale.

Some really interesting schemes here, and a surprising amount of colour, with lots of red and yellow stripes on show. The two pages of subjects are dominated by the D.520, but also feature a P-40F, a pair of Hawk 75s, and a Free French Blenheim, among others.

The book's final build article features the Eduard 1/48 Bf 110C/E kit, and is again handled by Steve Evans over six pages. It's a complex kit, but the result is, yet again, terrific.

The final section of the book is three pages of colour profiles featuring arguably the largest variety aircraft types. Several P-40s and Spitfires are included, along with B-24s, B-25s, a B-17, a Mustang and a Lightning, among others. 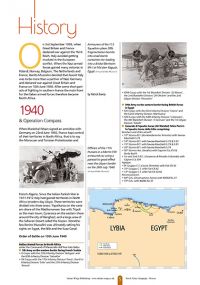 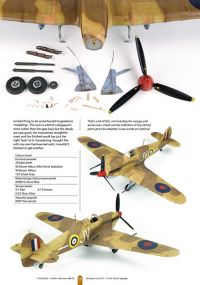 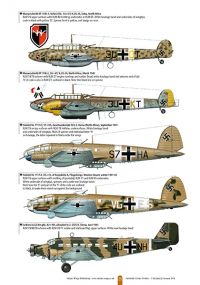 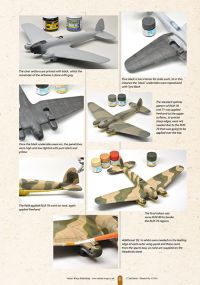 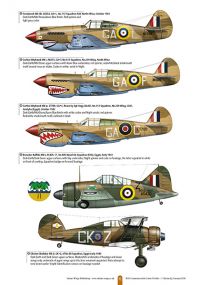 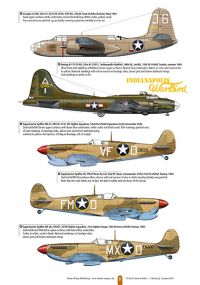 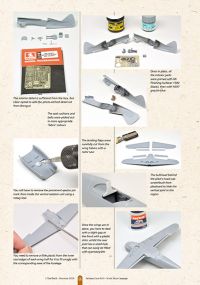 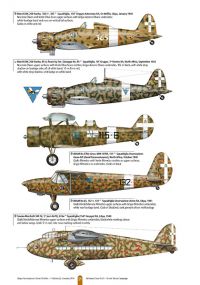 I think this is a fine starting point for modelling aircraft of the North African campaign, and has much to recommend it.